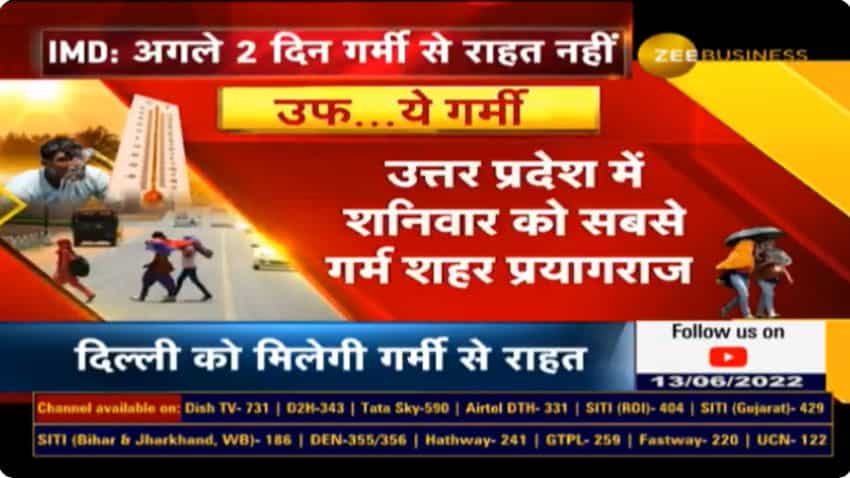 Heat Wave Alert: North India is battling scorching heat. The temperature has crossed 46 degrees in many cities of Uttar Pradesh. At the same time, heavy heat is going on in Delhi too. The Meteorological Department has issued a yellow alert for the next 24 hours. Zee business brings this report.

According to the Meteorological Department, heat waves are likely to persist in Punjab, Haryana, Delhi, and some parts of Uttar Pradesh for the next two days.

In Delhi NCR too, the temperature continues to remain above 45 degrees. IMD said that Delhi will not get relief from the heat for the next two days. It is expected that after two days, there will be a slight relief. According to the Meteorological Department, the maximum temperature in Delhi will remain between 40 degrees and 43 degrees till June 15.

What is the name of the game?

This is a page #IMD | #Heatwave pic.twitter.com/wJXUi1EZgI

Along with that warning of heavy rain has also been issued in some parts of Konkan and parts of South Madhya Maharashtra.