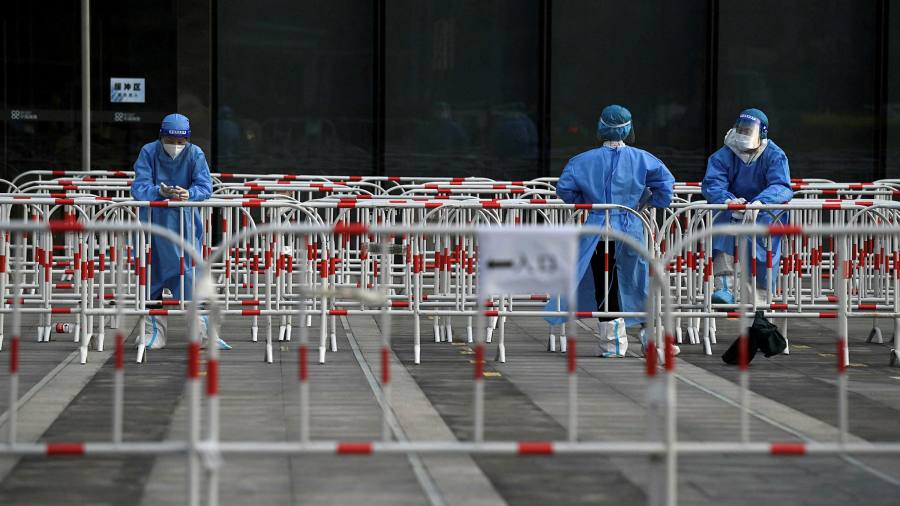 Prepare yourselves to be reminded of past scandals and war, which still resonate today. Tuesday is the fifth anniversary of the fire that engulfed west London’s Grenfell tower block, exposing shortcomings in the building’s cladding and sparking a crisis for apartment owners across the UK that continues to generate repercussions.

It also happens to be the 40th anniversary of the end of the Falklands war, the wounds from which remain fresh in Buenos Aires.

Friday marks the half-century mark since the break-in at the Watergate hotel-apartment-office complex in Washington. Thankfully, this one was resolved more quickly, although it did leave the irritating legacy of the suffix tacked on to what seems to be every subsequent political scandal.

The latest of these, “partygate”, has a way to run, although the main protagonist, UK prime minister Boris Johnson, will (ironically) this week be the center of a legitimate social gathering since he turns 58 on Saturday.

Partygate’s spin-off series, Are You Being (Poorly) Served, is likely to see another installment with the government promising to publish controversial and long-delayed legislation to override the Northern Ireland protocol on Monday. As my colleague Peter Foster noted in his excellent Brexit Briefing newsletter last week, this is unlikely to end well.

Johnson is also expected to announce a new “plan for growth” this week alongside his chancellor Rishi Sunak. After the OECD’s verdict on UK growth next year – only sanctions-hit Russia is forecast to come off worse among G20 nations – the country clearly needs a new plan, if not a new PM to deliver it.

France goes to the polls again on Sunday for the second round of the parliamentary election. The concern for newly elected president Emmanuel Macron is not the far right this time but an alliance from the far left.

There will be at least one resolution this week. Colombians will go to the polls on Sunday for the second round of their country’s presidential election, which will decide whether the populist Rodolfo Hernández can see off former leftwing guerrilla Gustavo Petro. Whatever the outcome, it will be an interesting contest.

It’s going to be a (nother) week for interest rate news. The main attraction will be the gathering of the Federal Reserve’s Open Market Committee, but there will also be decisions from the Bank of England and its equivalents in Japan, Switzerland and Brazil.

The question is not whether the tightening of monetary policy will be accelerated but by how much – the answer to this question depends in part on your confidence in the given economy’s ability to achieve a soft landing or whether it is doomed to enter recession.

The jump in US inflation on Friday has fueled talk of a rapid tightening. Policymakers have already signaled that, at a minimum, the Fed will deliver a string of half-point rate rises. Traders have priced in the federal funds rate rising to roughly 2.9 per cent by the end of the year from its current target range of 0.75 to 1 per cent. The OECD placed its marker last week before the US inflation numbers were announced, calling for faster action from the Fed.

Retail is strongly represented in the earnings calendar this week. The headline act is Tesco, Britain’s biggest supermarket chain, with observers keen to hear more about how inflation is hitting household spending. However, just two months on from its full-year results, few expect the company to deviate from its cautious script that profits this year will be held back by the need to keep prices for shoppers in check.

I asked Jonathan Eley, the FT’s retail correspondent, for a view. “The company has been gaining market share in recent months, but first-quarter sales growth figures will be muddied by the closure of pubs and restaurants in the same period a year ago,” he said. “That boosted supermarket sales but hurt Booker, Tesco’s wholesale operation.”

Among analysts’ comments, Barclays has forecast an overall decline of 1.8 per cent in the UK, with lower volumes partially offset by higher prices.