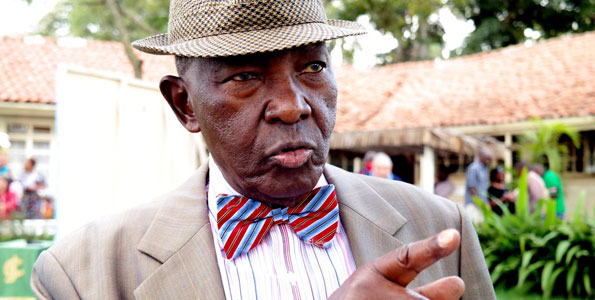 Billionaire businessman Joe Wanjui has filed a lawsuit seeking to block British multinational Unilever from selling its 52 percent stake in Limuru Tea to a private equity fund as part of a Sh596.7 billion ($ 5.1 billion) global deal.

The tycoon, who owns a 25.48 percent stake in the Nairobi stock exchange-listed firm, wants the Capital Markets Authority (CMA) to block the Kenyan element of the global deal, arguing that minority shareholders were not offered a chance to participate.

In a complaint filed at the High Court, Mr Wanjui, 85, together with another minority investor – Wainaina Kenyanjui – accuse Unilever of rejecting their offer to buy the 52 percent stake and instead sold the shares to private equity fund CVC Capital Partners.

It will also see the tycoon take on his former employer, having joined East African Industries (EAI) – now known as Unilever East Africa – as technical director in 1968 and rose through the ranks to become the managing director and eventually executive chairman before retiring in April 1996.

Mr Wanjui and Mr Kenyanjui reckon the interests of CVC Capital Partners are not aligned to those of Limuru Tea and accuse Unilever of making partial disclosures to the CMA in the phased restructuring of the multinational’s tea business, which culminated in the sale.

Unilever said in November it had agreed to sell its global tea business to CVC Capital Partners for Sh596.7 billion ($ 5.1 billion), concluding a process of reviewing and spinning off the division that took more than two years.

In the two years, Unilever transferred its 52 percent stake in Limuru Tea to an affiliate within the multinational in a global plan for a dedicated tea business and prepared plans to list the unit separately on a stock exchange or outright sale.

The Kenyan shareholders say the structuring of the deal denied them an opportunity to make a counter offer for the 52 percent stake valued at Sh443 million on the Nairobi Securities Exchange (NSE).

“The shareholders were denied an opportunity to understand and participate in the proposed transaction which would result in a wholly new entity holding the beneficial interest in Limuru Tea,” court papers read.

The deal will see the special purpose vehicle registered in the Netherlands, Puccini Bidco BV, take up the 52 percent stake in Limuru Tea, an outgrower to Unilever Tea Kenya Limited.

The tea company has been in the red over the past two years, booking a net loss of Sh9.5 million in 2021, worse than the Sh3.6 million registered in 2020.

The business being sold, called Ekaterra, hosts a portfolio of 34 tea brands, including Lipton, PG Tips, Pukka Herbs and TAZO and generated revenues of 2 billion euros (Sh250 billion) in 2020.

Unilever will, however, retain its India and Indonesia tea operations as well as its bottled tea joint venture with PepsiCo.

The sale relieves Unilever of a business that has been a drag on earnings for several years as demand for black tea waned and consumer tastes changed.

Unilever’s CEO Alan Jope has been under pressure to turn around the firm as its stock languishes and it struggles to compete in the face of high inflationary costs, especially in emerging markets that are its biggest source of revenue.

Jope’s plan is to focus on higher growth areas such as plant-based foods, nutrition and premium beauty to boost sales growth.

Kenya is the world’s biggest exporter of black tea. Global sales have slowly slipped as consumers shift to herbal beverages.

Mr Wanjui says Unilever first structured the deal as a transfer of shares between related parties, arguing the parent company knew it would eventually sell the tea business to private equity funds, but failed to disclose the share sale information to the CMA or other shareholders.

The two local shareholders have asked the court to prevent the CMA from approving the acquisition and separately petitioned the regulator to probe the transaction and claims of impropriety in Limuru Tea.

They say Unilever has undue influence on the board of Limuru tea in breach of CMA corporate governance rules that require a third of board members to be independent directors.

The rules aim at reducing the influence of principal shareholders in the boardrooms as well as safeguarding the interests of minority investors.

The minority owners claim Unilever sells inputs like fertilizer and labor to Limuru Tea at exorbitant prices and is the only buyer of the company’s tea leaves at a price that is often lower than those offered at the Mombasa auction.

The Business Daily was unable to get Unilever’s response to the suit.

Mr Wanjui, who ranks among the biggest local investors, is one of the pioneer Kenyan decision-makers who have influenced the direction of both business and politics since Independence.

The businessman started making money trading food coupons near Nairobi’s Khoja Mosque in the 1940s when he was 11 years old and today has interests spread in hospitality, insurance, real estate, equity, agribusiness and horticulture.

He later credited his success to receiving an American education and a successful career that saw him rise to executive positions at Unilever East Africa and Industrial and Commercial Development Corporation (ICDC).

The State-owned ICDC helped create most of the post-Independence billionaires by funding their ventures in pursuit of the policy of Kenyanization of the economy.

“Quite a bit of it was luck, but a lot more came through very hard work. Even where luck and circumstance play a role, as they do in any situation, every chance they provide must be pursued and grabbed with both hands, ”he writes in his book My Native Roots.

“I took advantage of the many breaks that came my way. Those I missed, I lived to regret. All of us get such breaks –but some people do not recognize them. ”

Mr Wanjui was one of the most powerful figures during the administration of Mwai Kibaki who appointed him Chancellor of the University of Nairobi in 2003.