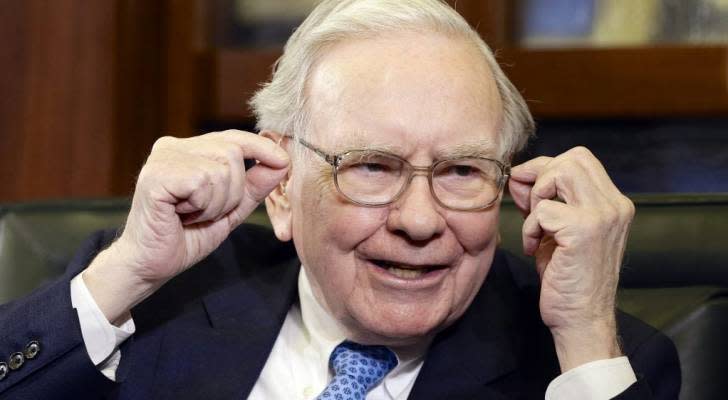 The Oracle of Omaha has had a busy quarter.

According to his latest 13F filing, Warren Buffett has deployed roughly one-third of his cash into new investments during the first three months of the year.

As always, Buffett’s biggest swings are noteworthy. However, his decision to sell most bank stocks while adding Citigroup (C) to Berkshire Hathaway’s (BRK) portfolio is puzzling Wall Street.

Here’s why this contradiction has caught so much attention.

Buffett is deeply familiar with banking and financial services. He believes the business is relatively straightforward and can be extremely lucrative if managed well.

“If you can just stay away from following the fads, and really making a lot of bad loans, banking has been a remarkably good business in this country,” he told Berkshire Hathaway investors in 2003.

What about the 2008 Global Financial Crisis? Buffett went on a shopping spree during that time, picking up stakes in JP Morgan (JPM) and Goldman Sachs (GS).

For several years, major banks have been the biggest holdings in the Berkshire portfolio. In 2009, he even said Wells Fargo (WFC) was his highest-conviction investment.

“If I had to put all my net worth in one stock, that would’ve been the stock,” he told Berkshire shareholders.

Catching Buffett on the rebound

This year, Buffett has completely exited all these investments. Only a few banks remain in the portfolio.

That does not mean the love affair with financial services is over.

In fact, Buffett added a new bank to his collection this year: Citigroup. During the first quarter of 2022, he added 55 million shares of Citigroup to the Berkshire portfolio.

The stake is now worth $ 2.5 billion, making it the 16th largest holding in the basket.

The bet seems to be predicated on a turnaround story.

Citigroup has lagged behind its peers. Over the past five years, the stock is down over 28%.

The company is now attempting a turnaround to catch up. Last year, Citigroup’s board appointed Jane Fraser as the new CEO – making her the first female leader of a major US bank.

Fraser’s strategy involves focusing on the more profitable segments of the business. Citigroup is selling or shutting down operations in Mexico, Australia, Philippines, South Korea and elsewhere.

Citi stock has not fully reflected this new strategy.

Citigroup stock currently trades at a price-to-earnings ratio of 5.6. Its price-to-book ratio is 0.52. That’s significantly lower than the industry average of 9.45 and 1.12 respectively.

Put simply, the stock is cheap.

If the new management team can streamline operations and boost profitability, the bank’s valuation could catch up with peers.

Meanwhile, a rising interest rate environment should provide another tailwind.

What to read next

This article provides information only and should not be construed as advice. It is provided without warranty of any kind.