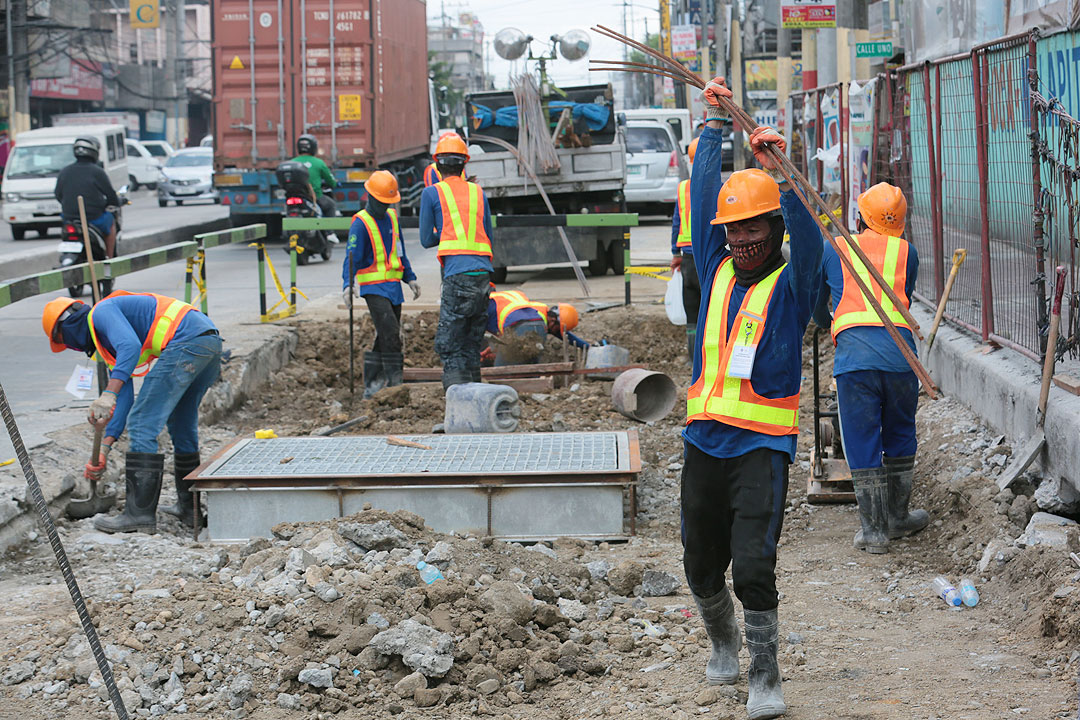 THE GOVERNMENT should not reduce infrastructure spending as this may hurt the economy’s recovery, the Finance department said.

In an economic bulletin on Tuesday, Department of Finance (DoF) Chief Economist Gil S. Beltran said it is important to continue infrastructure investments “due to its positive impact on competitiveness and economic recovery.”

“Cutting infrastructure spending may narrow down the deficit momentarily but will definitely be counter-productive in the long-run as far as economic recovery is concerned, ”Mr. Beltran said.

“Simply put, a half-finished bridge does not cut travel time even by a minute. Stopping construction works midway through the project cycle deprives the economy of the opportunity to immediately benefit from the catalytic effects of infrastructure investments. ”

The budget deficit stood at P311.9 billion as of end-April, narrowing by 14.75% from a year ago as tax revenues reached P1 trillion, up 12% year on year. Expenditures, on the other hand, rose by 6.6% due to higher interest payments and allotments for local government units (LGUs).

In the first quarter, public infrastructure spending went up by 4% to P252.8 billion, despite the election ban on new projects. The government is planning to spend P1.27 trillion, equivalent to 5.9% of gross domestic product (GDP), on infrastructure this year.

Mr. Beltran said the medium-term fiscal program shows a declining trend in the deficit, “largely on account of expenditures rising more slowly than GDP but that infrastructure spending is not sacrificed. ”

The Development Budget Coordination Committee (DBCC) slightly lowered the budget deficit target to 7.6% of GDP this year, from 7.7% previously, which reflects the impact of the Russia-Ukraine war, China’s slowdown, and monetary policy normalization in the United States.

“The planned fiscal consolidation rests on shoring up tax revenues, winding down pandemic-related spending, and cutting non-priority expenditures,” he said.

Mr. Dominguez has said the government cannot cover the existing debt incurred during the pandemic by borrowing more or reducing spending every year.

The National Government’s outstanding debt stood at a record-high P12.76 trillion at the end of April.

Mr. Beltran also said the devolution of functions to LGUs and reforms in the pension system of the military and uniformed personnel, is expected to ease the fiscal burden on the National Government.

“Resuming pre-pandemic economic growth rate calls for safely living with the virus and fast-tracking the recovery process. We already have an ongoing infrastructure program and have cut corporate income taxes in a bid to attract more investments, ”Mr. Beltran said.

The DBCC sets a 7-8% GDP growth target for 2022, as the economy continues to recover from the pandemic.