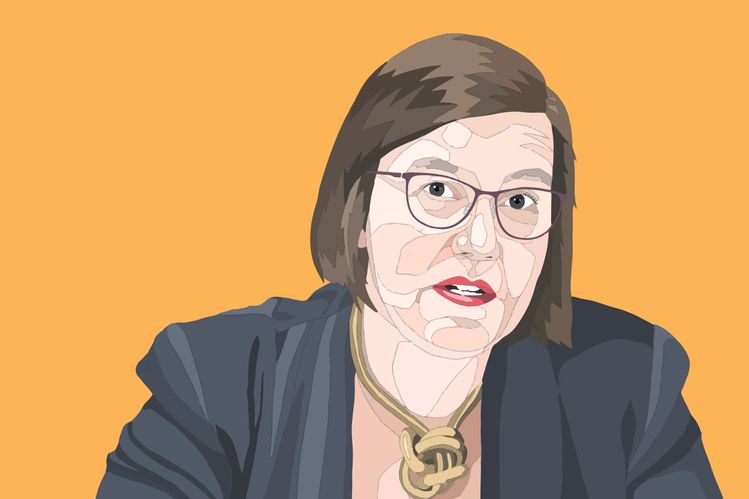 Energy bills are soaring. A cost of living crisis threatens millions of households. The government’s coffers are still depleted from Covid-19 lockdowns. The Ukraine war and the fallout from Brexit are piling even more pressure on public finances.

Against such a backdrop, few jobs are more important than making sure that the government actually spends its revenues properly.

That mammoth task currently falls on Dame Meg Hillier. As chair of the Public Accounts Committee of MPs, she is the one who is meant to hold officials’ feet to the fire over value for money.

So how is the government doing on that front? Dame Meg’s latest report card, published 26 May, makes for bleak reading.

“Whitehall struggles to implement a policy that is little more than a slogan,” was her committee’s verdict. It slammed poor management during the pandemic, weak oversight of broader contracts and how goals such as ‘leveling up’ wasted money.

“There’s not even proper monitoring or evaluation in many, many projects,” Dame Meg tells Financial News.

For those in the corridors of power, she suggests there are plenty of lessons the public sector could learn from the private sector. Many of the issues afflicting Whitehall also afflict the City.

The PAC is “concerned that those in senior leadership positions are overseeing multi-billion-pound programs with little financial, commercial or digital experience”. Competition with commercial firms for talent is one reason the government is struggling to get some of those skills it needs to be a more efficient organization.

READ FCA ‘can not be responsible for everything’, City minister says, as Treasury eyes tougher action on scam investments

There is a potential solution, however: pay genuinely valuable civil servants more. “As a public accounts committee and as chair, we’re not hair-shirt about people being paid the right amount for the job in some of these very important areas,” Dame Meg says.

What other lessons could the government learn from the City? Dame Meg blasts the reluctance of the civil service to appoint a chief risk officer with powers akin to those seen in financial institutions, overseeing risks across the entire government. She also wants civil servants to stop getting promotions simply by moving around departments and be rewarded for their skill sets instead.

Not unlike discussions in banks about the return to in-person work, debates continue in Westminster about whether the government would run more effectively with all civil servants back in their physical offices at Whitehall.

Minister for Brexit opportunities and government efficiency Jacob Rees-Mogg recently courted controversy by leaving notes on the desks of absent government staffers and pushing managers to nudge colleagues back to the office. But Cabinet colleague Nadine Dorries, the digital, culture, media and sports secretary, hit back in comments briefed to The Times: “Why are we measuring bodies behind desks? Why aren’t we measuring productivity? ”

Dame Meg remains a fan of the flexibility to work remotely for government staff where it makes sense to do so. “I think I’m probably more with Nadine Dorries than with Jacob Rees-Mogg on this,” Dame Meg tells UN.

However, she says young talent can benefit from being nurtured in person. “I think one of the key things about this for certain parts of any organization – and that would include the civil service – is that the learning curve for junior people is probably helped by being closer to some of their immediate superiors, as well as just the big bosses, because they will learn by working in a team. ”

Dame Meg is well aware that the government’s financial pressures are only going to get worse in the immediate future. The unsurprising conclusion of the PAC’s review was that the money poured into Brexit preparations has not been entirely effective. Border checks continue to be pushed back, and the hit to small and medium-sized businesses can not be completely explained away by the pandemic: “We remain concerned that underlying systems required to keep people and goods moving are not yet up to the task . ”

And far from lessening the load on regulators, more resources are required to figure out new independent systems for the UK. “I think far from the bonfire of the quangos, we are going to see more created or more responsibilities thrown into existing quangos as a result of leaving the EU,” she says.

“You can have gung-ho headlines from government about burning red tape and so on. But actually, there will be things that still need to be regulated. I think it is important that regulators help to set the pace of that, rather than government and your politicians just saying, ‘We’ve got to do this quickly’. We’ve actually got to do it right.

“Sometimes, some things that we’ll carry on from the EU will need to carry on for a while until we’ve got the right frameworks in place to replace them or change them or just translate them into British law.”

The ball is now in the government’s court as to how much of the PAC’s wisdom it takes on board. To what extent it does so might be something the City wants to keep an eye on, too.

Labor and Co-op MP for Hackney South and Shoreditch

Elected Labor and Co-op member of the London Assembly