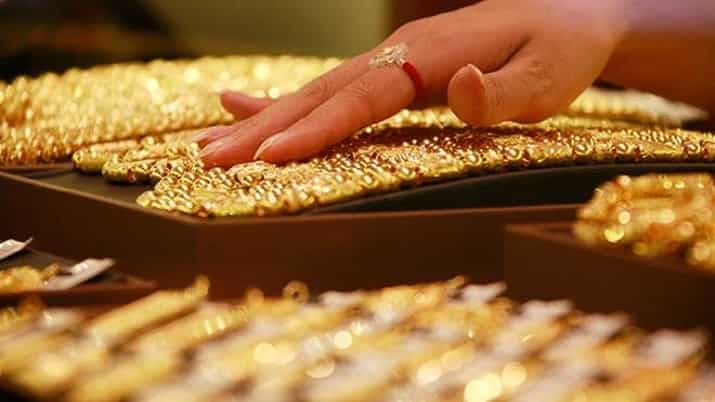 Gold Price Today: Precious metals – Gold and Silver – extended decline on Tuesday on the back of a sharp fall in global markets. On MCX, gold futures declined by Rs 195 at Rs 50469 per 10 grams, while silver fell by more than Rs 361 to Rs 59950 per kg in the early morning trade on Tuesday.

On Monday, gold had slumped 2 per cent while silver declined by 2.6 per cent.

Reviewing the inflation data, Kotak Institutional Equities said, “While most components registered a moderate increase, personal care category contracted by 0.2 per cent Month-on-Month reflecting the impact of moderation in gold and silver prices.”

The dollar index hit a multi-decade peak, supported by fears of a global economic slowdown and bets on steep interest rate hikes by the US Fed, to become the preferred safe-haven at the expense of gold.

A stronger dollar hurts gold as it makes the metal expensive for overseas buyers, while higher interest rates further dent its appeal as they tend to lift Treasury yields, raising the opportunity cost of holding bullion.

HDFC Securities gave this information. HDFC Securities Senior Analyst (Commodities) Tapan Patel said, the spot price of gold in Comex was down 0.70 percent. Gold prices were under pressure due to the strengthening of the dollar and increased realization on bonds in the US.

Spot Gold hit a one-month trough of $ 1,824.63 post the inflation data, but rebounded strongly as economic concerns took center stage. That volatility has extended into Monday with bullion beating a sharp retreat from a one-month high hit during the Asian session.

The quick unwinding in gold highlights the current tug-of-war between its pricing drivers, with firm inflation being countered by bets for aggressive policy responses, JP Morgan said in a note.

A bullish gold outlook would require more signs that economic growth is cracking under the strain of higher inflation, the note added.