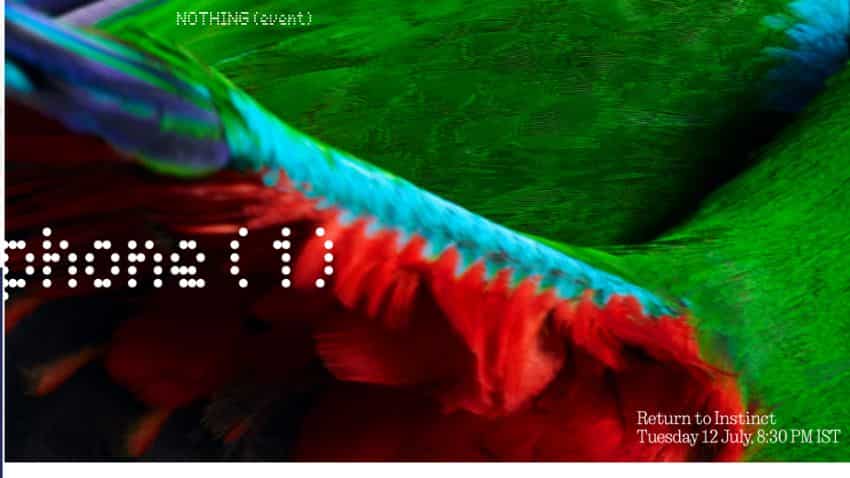 Nothing phone (1) launch: After London-based consumer electronics company Nothing recently announced the global launch date of its first smartphone – Nothing Phone (1) on July 12, the brand has now confirmed that it will produce Nothing phone 1 in India.

The company said the smartphone will be manufactured at a facility in Tamil Nadu. “We are thrilled to announce that every phone (1) sold in India will be manufactured locally. Nothing phone (1) is the real start of our journey and we can not think of a better way to establish ourselves in India, which is a key market for us, “Manu Sharma, VP and GM of Nothing India, was quoted as saying by IANS.

Also, Nothing phone (1) will be sold via Flipkart. A recent tweet by Nothing CEO and Co-founder, Carl Pei, suggested that the device may arrive with support for wireless charging. The upcoming smartphone will be powered by Qualcomm’s Snapdragon mobile platform. It is said to be the company’s first smartphone and a second device in the overall product ecosystem of the brand.

The device will come preinstalled with the Nothing OS. The device will be treated with three years of OS upgrades and four years of security updates. For the upcoming Nothing phone (1), the company is expanding its customer support in the region, to 270 authorized service centers in more than 250 cities, as well as year-round support via the Nothing India channels.

Also, ahead of the launch, a new promotional poster for the device has gone live on Flipkart giving first official glimpse of the this upcoming handset. According to the teaser poster, the Nothing phone (1) would sport a metal chassis. The device may arrive with a dual rear camera setup accompanied by an LED flash. The rear panel also appears to have a set of magnetic connectors. In addition, the smartphone is likely to be offered in a white color option.

Under the hood, the phone is reported to come powered by the Qualcomm Snapdragon 7 Gen 1 SoC. It will boot on Android OS and have Nothing OS Skin on top. Nothing OS will have a dot-matrix design, which is now available for download for select Android phones