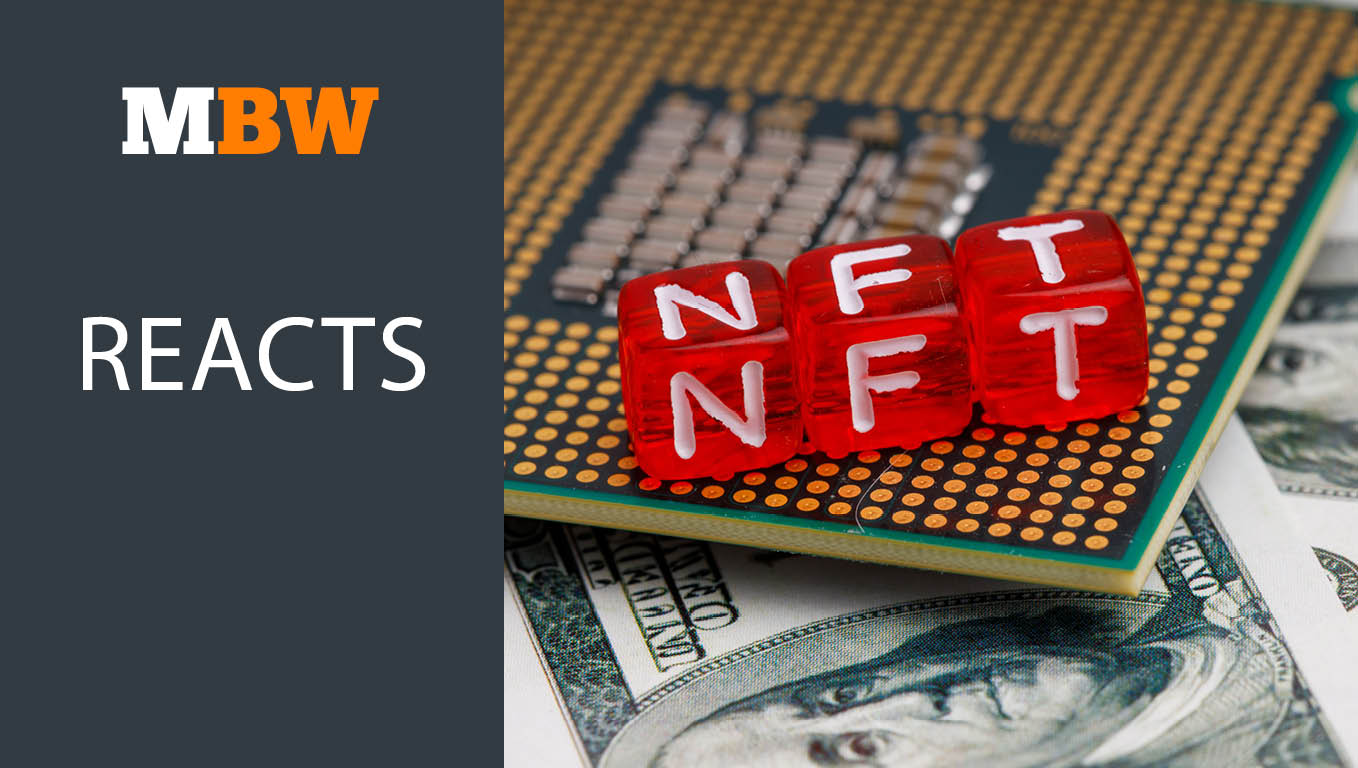 MBW Reacts is a series of short comment pieces from the MBW team. They are our ‘quick take’ reactions – through a music biz lens – to major entertainment news stories. The following MBW op / ed comes from Eamonn Forde (pictured inset), a long-time music industry journalist, and the author of The Final Days of EMI: Selling the Pig. His new book, Leaving The Building: The Lucrative Afterlife of Music Estates, is out now via Omnibus Press.

In May 1980, The Great Rock ‘n’ Roll Swindle film was released. In it, Malcolm McLaren took a phantasmagorical, if not outright Stalinist, approach to the history of his former management charges, the Sex Pistols.

In his narration of the film – which is structurally, in modern parlance, a ‘hot mess’ – McLaren renamed himself The Embezzler.

He posited that the band was entirely his creation and that he alone, as the great situationist author, was stage managing every movement and syllable to simultaneously goad, satirise, undermine, delegitimise and bleed dry the music business.

He called this grand act The Swindle and outlined his 10 (retrospectively defined) lessons to explain just how he pulled off such a daring heist.

Rewatching the film over four decades on, one is put in mind of many things currently gripping the modern music industry, but none more so than NFTs and how they have shifted, in the space of a year, from being a hugely exciting creative and commercial force into being hijacked by a new generation of crypto grifters.

(Legal notice: I am in no way suggesting that all NFTs are a scam or towering follies, but rather that scam artists are increasingly flocking to them like carrion crows. These people are stripping NFTs of their original purposes and benefits.)

This is unquestionably a boom area for the business and every week brings some new NFT launch that has generated some seriously eye-bursting sums of money (while creating what is claimed to be the world’s first NFT music label) or stands as a serious strategy statement linked to Web3 in general and NFTs in particular.

Yet there is a duplicity cracking open at the very center of the music NFT gold rush that risks soiling the entire enterprise.

The Sex Pistols (first time around) barely lasted two-and-a-half years and the media storm that engulfed them (from Bill Grundy in October 1976 to Johnny Rotten walking out in January 1978) was a fleeting 16 months. We are really only a year into NFTs as something the music industry is getting its head around. The precipice looms.

“There is a duplicity cracking open at the center of the NFT gold rush that risks soiling the entire enterprise.”

Applying McLaren-esque thinking, we can see how NFTs have had a similar trajectory – coming from the underground and exploding into the mainstream consciousness before collapsing into confusion, recrimination and accusations of being ripped off. Replace EMI and A&M with assorted Silicon Valley evangelists who are then superseded by unregulated and hedonistic crypto bros looking to make fast money through whatever means they can and the narrative arc is unnervingly similar.

Let’s revisit those McLaren lessons to see how well they fit ‘the new NFT paradigm’.

LESSON 1: HOW TO MANUFACTURE YOUR NFT

Barely anyone in music knew, or cared, about NFTs until early 2021 when Grimes made $ 6 million selling digital art. Then, like major label A & Rs seeing a new scene bloom on indie labels, they all piled in. No one was quite sure what to do so they just copied what everyone else was doing. If you hadn’t made an NFT, ran the proposition, did you even exist?

‘Non-fungible token’ is an ugly and clunky phrase and no one is quite sure what ‘fungible’ actually means. There will inevitably be mushroom jokes. ‘NFT’ is a lot slicker and if you repeat it enough times then people will stop asking what the letters stand for and thereafter be terrified to admit they do not actually know.

This is the point where honorable actions, or even just panicked bandwagon jumping, get corrupted by opportunistic outsiders. Bless Ozzy Osborne’s demonic heart, but his CryptoBatz collection was quickly hijacked by phishing scammers who were intent on fleecing innocent buyers. Scammers also sailed into OpenSea to digitally loot and plunder. The RIAA is currently chasing down HitPiece for mass infringement of musicians’ IP rights in what it says is “little more than a scam operation”. Even HMRC in the UK is seizing NFTs as evidence in a complex VAT fraud investigation involving a multitude of alleged fake companies. The swindle for McLaren hinged on one group, meaning it could only have so much impact. The swindle in NFTs is beginning to feel industrialized.

LESSON 4: DO NOT PLAY, DON’T GIVE THE GAME AWAY

This ‘less is more’ approach (out of necessity when the Pistols were banned from playing various cities in the UK) created a mythology around them and fixed in people’s minds the notion that they were just too dangerous to be put in front of the public . The closest the NFT world gets to this is trying to create false scarcity by offering NFTs in a 24- or 48- hour window. That’s less about danger and more about desperation. NFT (Faux-Limited Edition).

LESSON 5: HOW TO STEAL AS MUCH MONEY AS QUICKLY AS POSSIBLE FROM THE ARTIST OR INVESTOR OF YOUR CHOICE

After taking legal advice, there is nothing we wish to write here just yet.

‘NFT’ was unquestionably the buzz term of 2021 and saw everyone in music try and launch an NFT collection – or at least kick the (non-fungible) tires. Like a panicked crowd, the stampede grew exponentially greater, but most were unsure where they were actually running to; or even why.

This is all down to the bloviation of the tech bros. ‘You do not care about NFTs, dude?’ they will bellow, between chugs from an oversized Champagne bottle that costs more than your car, while standing somewhere repulsively expensive in Palm Springs or on top of a garish skyscraper in the UAE. ‘You only hate us because you ain’t us. Yeeeeaaahhhhhh! ‘ This has none of the curdling menace of McLaren’s take on The Society Of The Spectacle. It’s less Guy Debord and more guys who are boorish.

LESSON 8: HOW TO DIVERSIFY YOUR BUSINESS

The rebranding process is already underway as NFTs get rolled into the catch-all term ‘Web3’, which encompasses cryptocurrency, the blockchain and tokens. Like the wildcatters in the oil industry, NFTs have done the hard work for themselves so are happy to sit back and let others take it all to the next stage while they reap the benefits.

LESSON 9: TAKING CIVILIZATION TO THE BARBARIANS

This was McLaren’s twist on neo-colonialism as the Sex Pistols played the US on their disastrous last tour, suggesting their brutal chaos was there to shock a dozing nation out of its backwards slumbers. There is a subset of NFT evangelists who present NFTs as digital’s highest stage of evolution and use derision to convince disbelievers that their Luddite leanings are holding their own development back. Shame is used as both carrot and stick.

‘Never trust a hippie’ sang Tadpole (aka Edward Tudor-Pole) in The Great Rock ‘n’ Roll Swindle’s cinema lobby sequence. ‘Never trust a tech bro’, should be its modern incarnation. Even the Trumps are now hawking NFTs. This can only ever be a foreshadowing of darker times ahead.

Johnny Rotten’s final words at the Sex Pistols’ (then) last show, in San Francisco on 14 January 1978 still echo down the years. “Ah-hah-hah!” he jeered, on his haunches, staring down the audience, “ever get the feeling you’ve been cheated?

Goodnight. ” The band’s closing act on stage was to play an apposite cover of No Fun by The Stooges. Were it to happen today, they’d perhaps retitle it No Funge.Music Business Worldwide