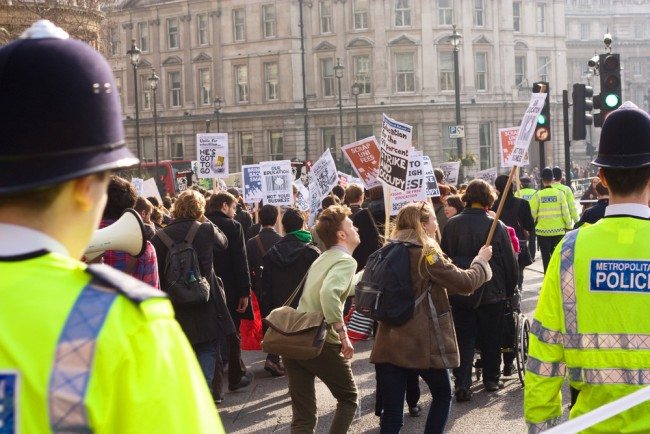 Union bosses are pushing more than three quarters of a million workers in the UK to take industrial action while warning of a “long, hot summer” of strikes.

An analysis shows that every leading union in the country has either confirmed strike action or is poised to ballot its members in the months ahead.

It came as one union baron said he would not “rule out co-ordinated action” this summer, hinting at the possibility of the largest nationwide wave of strikes in more than a decade.

Multiple industries have been hit with what union leaders say is a “perfect storm” of high inflation, a restricted labor market and the cost-of-living crisis.

Analysis shows that more than 800,000 people have either been balloted already or are in line to be balloted as part of a wave of industrial action.

Disruption will begin this month, when 40,000 members of the RMT union stage 24-hour strikes on June 21, 23 and 25 in what will be the biggest disruption to the UK’s rail network in a generation.

The first day of the rail action will coincide with the walkout of 10,000 workers on the London Underground, in a move that will cripple Tube services in the capital.

They will be joined by 1,000 members of the Unite union.

Aslef, the train drivers’ union, has announced strikes on Greater Anglia, Hull Trains and Tramlink later this month and is balloting members on other services.

The Transport Salaried Staffs’ Association (TSSA), which represents non-driving staff, is also balloting members as part of an “escalating dispute across the railway”.

Other unions involved in disputes include the Communication Workers Union, which is poised to ballot 115,000 Royal Mail workers about pay.

A separate ballot of 40,000 members from the union working for the BT Group will begin on June 15.

Meanwhile, the Public and Commercial Services Union (PCS) – the largest civil service union, with about 180,000 members – will hold a vote in September on action relating to pay and pensions.

Gary Smith, the general secretary of the GMB union, said: “We have the potential for a long, hot summer.

“That is absolutely right unless employers and government are prepared to get around the table and negotiate with good faith, and recognize the pressure that ordinary working people are under.”

The deputy general secretary of the Trades Union Congress (TUC), Paul Nowak, said that the number of industrial disputes “reflects the wider pressures that working people are under now”.