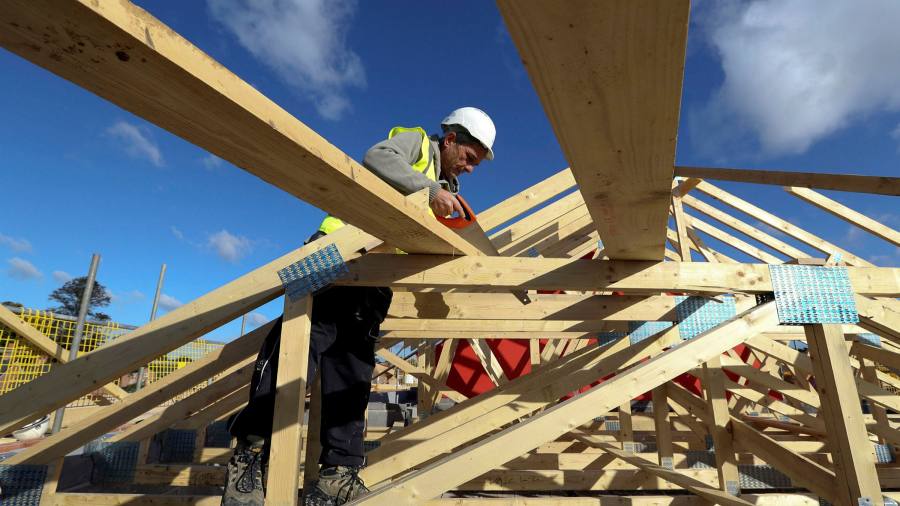 Demand for new homes continues to outstrip supply despite mounting fears about the UK economy, raising the likelihood that the housing market will cool rather than crash.

Crest Nicholson and Bellway, two of the country’s biggest housebuilders, were upbeat on their prospects on Tuesday, with the former upgrading its revenue forecasts for the full year and the latter announcing it was selling homes at a faster pace than in the previous year.

That comes despite rising interest rates, inflation and an unexpected contraction in the economy, which have stoked expectations of a slowdown in the housing market and possibly a sharp drop in sales.

“The message to date is that trading has not really abated,” said Chris Millington, an analyst at Numis. “The sales rates are really strong compared to pre-Covid; order books are where we’ve never seen them before. ”

He said that a chronic undersupply of new homes in the country was the main factor ensuring demand remained resilient.

“Inevitably [the market] is going to moderate; you can not see that not happening with rates going up and economic uncertainty. But this makes it look like a moderation not a crash, ”he said.

Crest shares rose nearly 6 per cent in early London trading, trimming their slide over the year to about 28 per cent. Bellway shares climbed 2.3 percent. They have declined 32 percent in 2022.