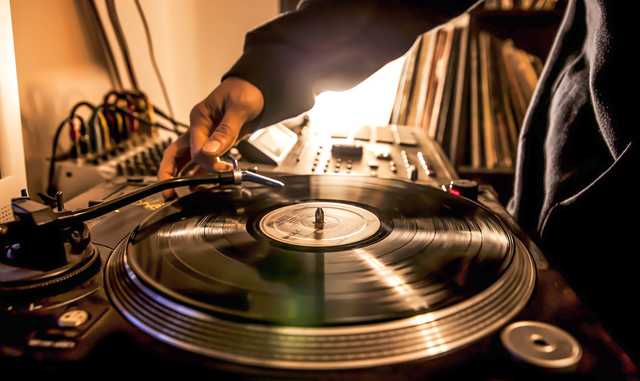 In the early 1970s, I was in the middle of my teenage years, and I was living life in the fast lane. Young and impressionable, I tried my hands at many things, some good, some not so good, and others I would rather not talk about. When I put my mind to something, I totally immersed myself.

As early as 1966, when I was only eleven, I was already riding long distances solo, on my bicycle, sometimes up to 50km in a day. My favorite ride was from our home at Karugu Estate near Kibichoi, to Riara Ridge to see my friend Owen at his home in Black Bridge Farm.

By 1968, I had graduated from riding a bicycle to a Vespa 90 scooter and the following year I upgraded to a Vespa 150. In 1970, I upscaled again to a real motorcycle, a Yamaha 180 street motorcycle with which I participated in motorcycle rallies, scrambles, and eventually tarmac circuit racing at Embakasi and Nakuru racetracks in 1972.

The mid-1960s was a period of emancipation and liberal thinking for young people in the western world, in the arts, music, dressing, and socializing. We witnessed the advent of such phenomena as psychedelic music, art, liberal smoking of pot and other more exotic drugs, bell-bottom trousers, hot pants, music festivals such as Woodstock, and many others.

Disco dancing started in the US in the mid-1960s, and its popularity rose in the mid-1970s. Initially, it was popular with American club-goers, especially gay people, African Americans, Latinos and psychedelic communities. The term disco was coined from the French word discotheque which means a library of phonographic records.

In Kenya, we had just achieved independence and there was a sophisticated middle class emerging with a taste for the finer things in life, and the disposable income to support it. There was a vibrant nightclub atmosphere in Nairobi. Establishments such as Starlight Club, Hallians Club, Club 1900, Topaz Grill, Sal Davis Club, The Chic, and Sombrero were popular with a mix of local and foreign patrons.

By the early 1970s, a new phenomenon in the form of “boogies” which were dances held during the day on weekends, had firmly established in Nairobi and one or two smaller towns, mostly attracting school-going children.

At the end of 1973, I had just completed my A-Levels and secured vacational employment at the newly established National Bank of Kenya, earning the princely salary of Sh.740 per month which was slightly below the threshold for paying pay-as-you -earn. But by March 1974, I was admitted to Nairobi University.

I had many friends many of whom were older than me and already working on a permanent basis. One such friend was Maurice Kariuki who was working with VOK (voice of Kenya). His friend the late Paul Koinange (RIP) had just returned from his studies in the US, and he brought with him the latest disco equipment and vinyl records featuring chartbuster pop and soul music.

The idea of ​​starting a disco was floated by Paul and a location was identified at Uhuru Park where Jack “the Jew” was running a bar and restaurant known as Inn on the Park. Jack was a popular man-about-town and he got on well with young people but operated on the fringes of the law.

Jack saw that the disco would add value to his business and allowed Paul and Maurice to run the disco on Fridays and Saturdays. Since I was nearby at the university, I was recruited as a deejay, and I enjoyed spinning the discs and getting everybody onto the dance floor.

My favorite hit to get things going was Hollywood Swinging by Kool and the Gang, which had just been released in the US and boy did it get people onto their feet!

We named our disco Cool Breeze because the restaurant was situated to the east of the boating pool and in the evenings, there was a cool breeze which blew over the water and into the open-plan premises. Our disco never got too hot even when it was crowded.

Cool Breeze disco would go on until the wee hours of the morning. Another friend, Dan Githegi (RIP), whom I had met at Alliance High School and who was a village mate of Maurice, would relieve me whenever I took a break during those long hours.

The disco attracted a very sophisticated clientele who were dressed to kill, and gentlemen came accompanied by ladies of good repute. The ladies were mostly from the university and for some strange reason I cannot recall now, we used to call them “yams.”

Our establishment did not permit ladies of the twilight to enter. The cover charge was Sh.5 which was quite pricy by the standards of the day and this in a way acted as a natural filter.

Patrons carried themselves with dignity and we never experienced the altercations witnessed in other less reputable nightclubs. There was plenty of secure parking and this was a strong selling point.

Because of Paul’s experience in America, our disco was very much influenced by the trends going on there and we always had the latest music as it was released.

Unfortunately, our landlord fell afoul of the law and the premises, which were on lease from city hall, were closed in the middle of 1975.

What a trip down memory lane!

I am told I still play loud music. Perhaps my ears were permanently damaged during my deejay days!