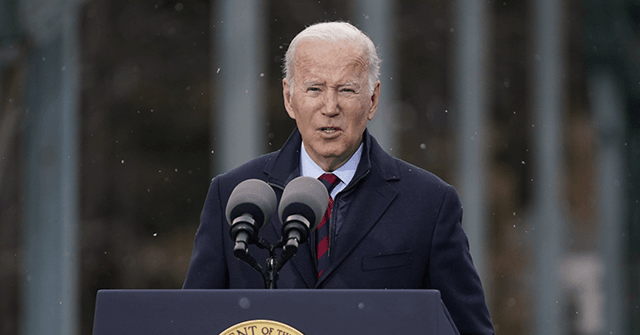 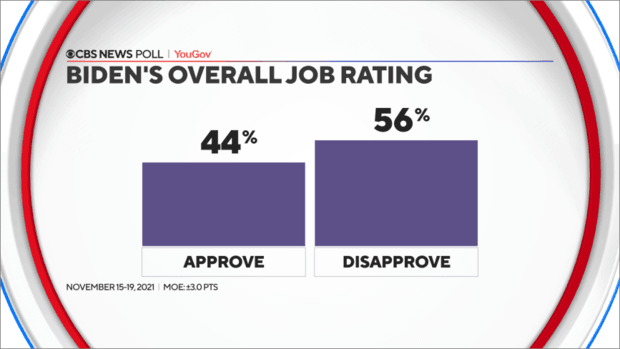 The president is also facing criticism over his stance on immigration. 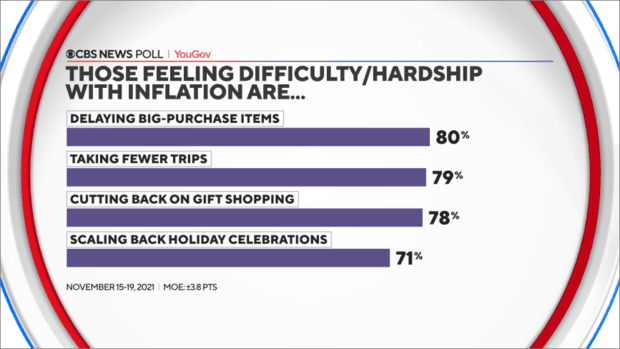 Americans also seem to be cutting back on spending, according to the survey. Seventy-five percent of those surveyed said,Order less or take out” and 78 percent say “Cut down on holiday gift shopping. Seventy-one percent reported that they “rescaled at holiday parties and celebrations.” Eighty percent said they now “delay buying the big ticket” and 79 percent said they “travel less”.

The CBS/YouGov survey was conducted November 15-19 and sampled 2,058 US adult residents. The margin of error is plus or minus three percentage points.