Skip to content
Home
Latest News
UK
A career in retail can be the perfect place to live out your values ​​and make a difference. 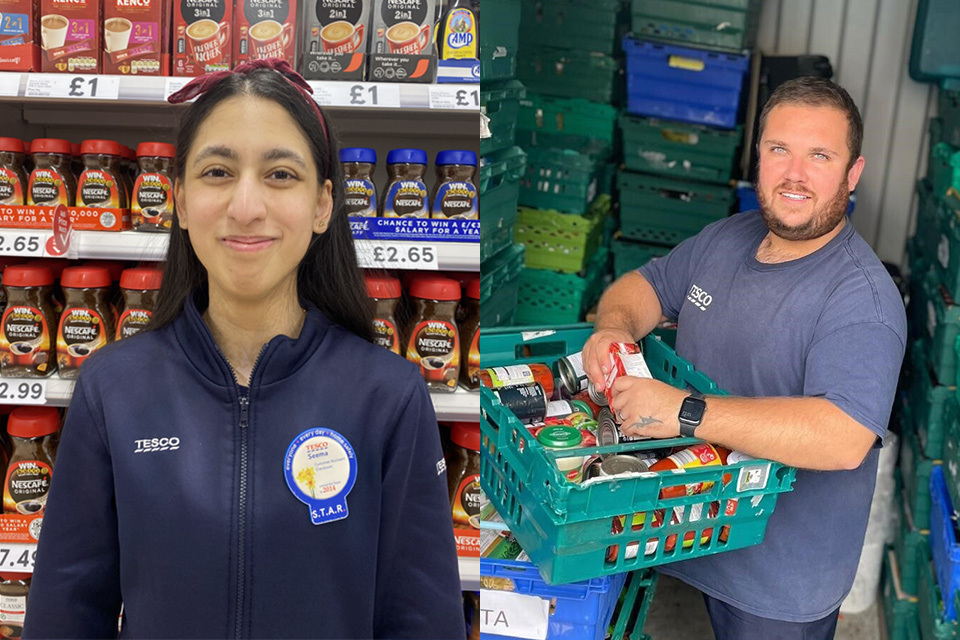 PEOPLE are increasingly looking for employers who are giving back to their communities and having a positive impact on society, while also offering advancement and opportunities in the workplace.

This makes Tesco an ideal starting point for a great career, especially considering the scale and breadth of the national community programs it runs.

Last year alone, with many families facing hardship due to the pandemic, the retailer has rolled out a £30m support package for communities across the UK. It has donated £15m worth of food and funds to be distributed through The Trussell Trust and FareShare partners, as well as continuing donations of 2.5 million meals a month from excess food.

It has also supported more than 10,000 local community groups with a £8m grant through its Community Grants Scheme (formerly Bags of Help) and donated £2m to the British Red Cross to help support people in need during the pandemic.

Serving local communities is part of the supermarket’s DNA.

This is at the heart of Tesco’s story, which began with a market stall in East London in 1919 and has become a familiar face on our high streets since the company opened its first supermarket in 1958.

It is now the UK’s largest private sector employer, with over 3,500 shops and over 300,000 employees. And its role in local communities remains important – whether it’s creating local jobs, supporting local suppliers, helping local causes, or simply providing shoppers with what they need.

Research shows that every £1 Tesco profit generates £20 spend in the wider community. And 80 percent of people now view supermarkets as vital local services and believe their employees are key employees.

And anyone entering the business can be sure that this is a place where they can both make a difference and hone their skills.

Tesco has a network of over 300 fellow Community Champions across the UK. These are dedicated staff available in stores to provide direct assistance to local customers and organizations where needed.

They are responsible for coordinating efforts to support the local community, from donating surplus food to redistribution by working with local charities and supporting local projects with funds from the Tesco Community Grant Program.

Seema Ismail, 25, is a customer stock control assistant at Bury’s Tesco Superstore. While his colleague was protected, he was given the chance to be the store’s Community Champion for six months during the lockdown.

People returned to their supermarkets not only for food but also for support and reassurance – something that was constant in their society amid all the change and uncertainty.

“It was an honor,” Seema says. “During the pandemic, people felt they were alone – as if they had no one.

“My manager suggested that I try the role one day to see how I was going. I went from working with a charity on the first day to 15 charities and 19 projects in six months.”

She sees herself as the glue between the store and the community, whether it’s tackling food bank donations, summer school meals, or brightening long quarantine days for nursing home residents.

“A customer came to buy a cell phone out of his own pocket for the elderly who can’t see their families,” he says. “He said how sad it was, how lonely, quiet and sad the residents were.

“I spoke to a store manager and we supplied half of the cell phones. I prepared care packs for them with things like coloring books and puzzles. I bought a tea and coffee packet and a bouquet of flowers for the staff to thank them for all they’ve done.

“It’s often the little things that make a big difference. And being able to help is very special.”

“When she walked in, she didn’t expect it at all. She was crying, but these were tears of happiness. He was happy to see that we really care.”

Seema is from a Tesco family; her aunt and cousins ​​also worked at the Bury store. Her own journey with Tesco began one Christmas interim in 2014 when she was in sixth form and continued while she was pursuing her undergraduate degree in Accounting and Finance at the University of Salford.

For those who haven’t considered a career in the retail industry, Seema’s advice is to see the big picture. “It may be a lot more than you think, so go and see for yourself. Ask for a day that overshadows work experience or someone else’s role.

“I enjoy being there every time I go to work. There is no limit to development,” he says. “There are many programs to help you move forward, and you can do this at the same time as helping the local community. It’s really satisfying to know that when you go to work every day, you can make a difference in other people’s lives.”

Kieran Jones, 29, from Wythenshawe, is the Community Champion at the Baguley Tesco Extra in Manchester. She can often be found organizing coffee mornings or bingo for local retirees, putting on her apron or dusting off DIY skills as needed.

“It’s about getting out there and figuring out what the community needs,” he says. “For example, a lady I know at the community center said she knows a small group of people who need help with their orchards. We have some plants and I got my drill. We renovated the flower beds and brought them all back to life.

“We work with local schools and clubs, and we have a great team of volunteers in store. If someone needs help and we can do it, we will.”

There is no doubt that the public is seeing the role of supermarkets and their employees differently due to the pandemic, especially at a time when staff are working around the clock to keep shelves full and deliveries are ramping up to ensure that the vulnerable can get food.

Kieran’s proudest moment is supporting the vital work of the Bideford Centre, a food hub turned community center that welcomed 1,200 people a week through its doors at the height of the pandemic in 2020.

“People were losing their jobs, businesses were having to shut down,” Kieran says. “Volunteer manager Kirsty was running around like crazy to collect food donations, but she only had her own car. Most of their volunteers are elderly, so they were making shields. My partner on the trail and I said, ‘We need to get down from the food center, this is a great opportunity to help the community.

So, Kieran opened a Facebook page, contacted local businesses, ran sweepstakes and fundraisers, and raised more than £6,500: enough to buy them their own public transport and a year’s insurance.

“They are all Bideford Center branded and we have the Tesco logo as well as other retail promoters. Kirsty can now make all her purchases at the supermarket at once. Made a huge difference. She was so happy, she was in tears. When I see the van pass by, I can’t help but smile.”

Since joining Tesco in 2008, 16-year-old Kieran enjoys being able to move around the store. “I dropped out, took two weeks off, and got a job right away. I like the controls. I’m a pretty bubbly person, I love interacting with customers.”

When Sheila, the store’s previous Community Champion, took on a new role, she jumped at the chance to take on the job. “Sheila, I call her ‘business mom’. I used to watch it and thought I would love to do it. My manager said I would be perfect and the rest is history. It was just great.”

He’s been in the job for seven years and recently turned down an offer for a manager role. “I’m not ready to act. I love what I do. I enjoy my job a lot because I can give back to the community every day.”

“Tesco gives you the opportunity to do anything,” Kieran says. “If you want to do it, the options and support are there.”

Want to join the Tesco team? From marketing, software engineering to purchasing, product development and store roles, the right opportunity may be waiting for you. Learn more about careers at Tesco tesco-careers.com 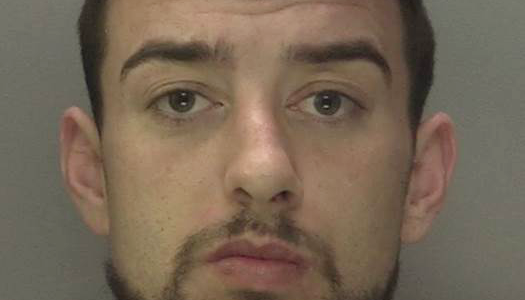