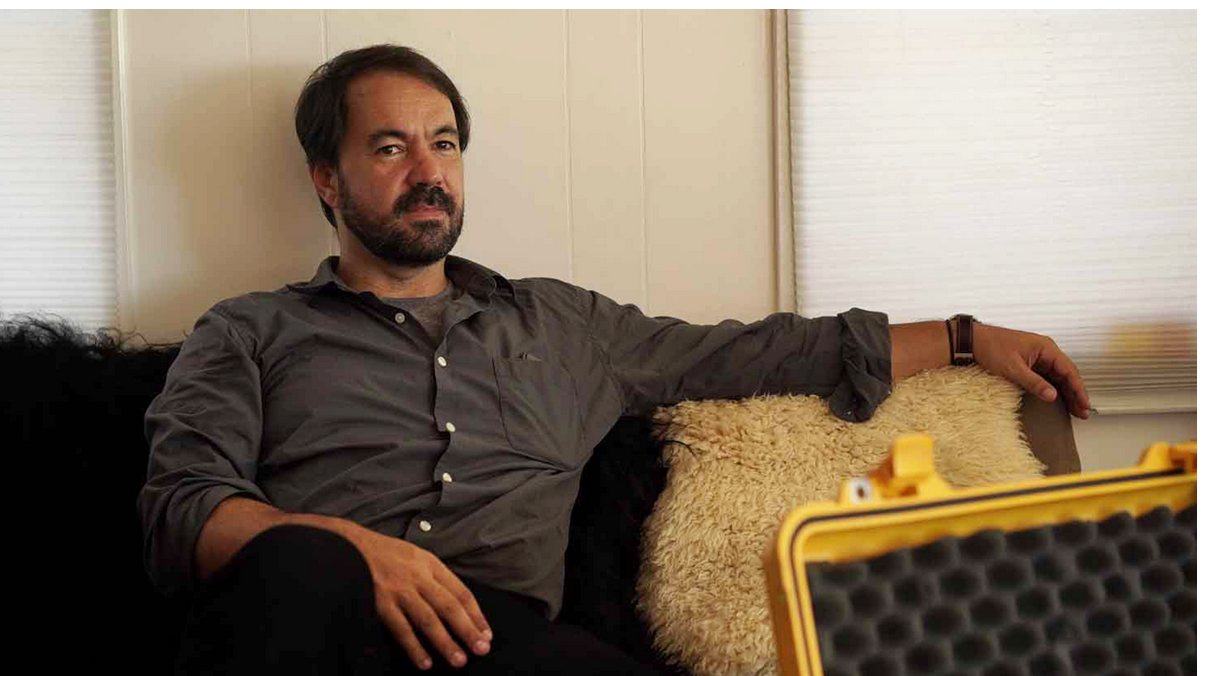 AFI Alum Affonso Gonçalves (AFI Class of 1993), ACE, has established himself as one of the most well-known, sought-after editors in Hollywood. After graduating from AFI, Gonçalves moved to New York and began his career as an Assistant Editor on Todd Solondz’s WELCOME TO THE DOLLHOUSE.

AFI spoke with him about his experience at the AFI Conservatory and the editing of THE LOST DAUGHTER, THE VELVET UNDERGROUND and DON’T WORRY DARLING – three of the most anticipated films of this year.

AFI: What made you go into editing as a career, and how did you first study at the American Film Institute?

affonso: I’m originally from Brazil, and I went to England to study at the London Film School. I was there for three years and completely in love with editing. I had a friend in my class a year before me who went to AFI and was in the cinematography program. So I signed up, especially for the editors, and I came in. At the time, not everyone went on to the second year, which was a bit nervous, but I really enjoyed my time at AFI.

AFI: How was it when your films THE LOST DAUGHTER and THE VELVET UNDERGROUND both starred in Telluride this year?

affonso: It was pretty great and such an honor. The timing of it all is crazy because we finished THE VELVET UNDERGROUND last year, but we had to wait because the movie has so much archive material that it took a while to delete everything. And as it turned out, we were waiting for it to premiere at one of the fall festivals. Director Todd Haynes also really wanted it to play at the New York Film Festival. So we kept pushing, so we hit that mark.

With THE LOST DAUGHTER, we finished the film in March of this year, and similarly, we wanted to look forward to the autumn festivities. So it was actually a complete coincidence that they both came on Telluride. And THE LOST DAUGHTER also starred at the New York Film Festival.

AFI: THE VELVET UNDERGROUND marks your fifth collaboration with director Todd Haynes. Can you talk about the unconventional circumstances of working on it during COVID and how you adapted to finish the film?

affonso: Todd and I were both in LA. We started at the end of January and found this cutting room in Venice. We worked there, and then COVID struck, and everyone left. So it was just me and Todd. We would make sure we were six feet apart. And we would not see anyone. He would walk to work; I would ride my bike to work, and we would change all day.

We had a second publisher, Adam Kurnitz, who was in New York. He was originally supposed to travel back and forth, but then with the pandemic he obviously could not. So we just sent each other cuts to complete the project.

AFI: You previously worked on another concert film about The Stooges (GIMME DANGER). How did this prepare you, and is your approach different when editing a documentary as opposed to a narrative film?

affonso: I mean, the approach was a little different with The Stooges Documentary. There wasn’t that much footage of them, so we didn’t have that much work to do. The film was more focused on the Iggy Pop interview and building the structure around him. It definitely prepared me for the music and the language. I also did it with the same collaborator, Adam, with whom I worked on THE VELVET UNDERGROUND, so it was similar in that sense. We knew how to work together and how to feed each other ideas.

AFI: Was there anything about The Velvet Underground that surprised you that you learned while working on the project? How was it combing through footage, including the last major interview with avant-garde filmmaker Jonas Mekas, to which the documentary is dedicated?

affonso: Yes, it was really special. It was great to get Jonas, it was great to get so much from John Cale, Maureen Tucker and Jonathan Richman – all the material with people who are not normally interviewed. They were super generous, so I learned a lot to comb through the footage.

AFI: You’ve worked with directors several times, including Todd Haynes, Jim Jarmusch, and Benh Zeitlin. What makes for the best collaboration between a director and an editor?

affonso: I mean just to have an open dialogue. This may sound corny, but I think with all the directors I’m incredibly blessed to work with, they’re open to other ideas. I am honest with my ideas; they are honest with their ideas. They are willing to experiment, and I think that makes for the best environment. When you are in the cutting room, it is great to just try things and discover all the different possibilities together.

AFI: What drew you to the project THE LOST DAUGHTER, and what was it like working with Maggie Gyllenhaal on her feature directorial debut?

affonso: It was great. Maggie contacted me and sent me the script for THE LOST DAUGHTER. I read it, and I like it a lot. It was really beautifully written. Production on the film was supposed to happen quickly, but then it was pushed back due to COVID. Afterwards, she was offered to direct this Netflix anthology series called HOMEMADE, in which Pablo Larrain invited 14 directors to tell short stories about COVID, and she was one of them. She called me and said “Okay, I have this project. Do you want to do it?” We have worked very far together on this project. She sent me the script and then the footage. We talked a lot, cut it together, and it worked really well. So it was a dry run to put a feature together.

I was just waiting for her to shoot THE LOST DAUGHTER, which kept changing places. At one point it was to shoot on the Jersey Shore, and then Maine, and then finally they found a way to shoot it in Greece. And then she and I cut the movie together in New York, and it was a really wonderful experience.

AFI: What were some of the joys and / or challenges of working on the project and putting together Leda’s timelines, played by Olivia Colman and Jessie Buckley at different ages?

affonso: I think the short answer is that it was amazing because you get to cut pictures with Olivia Colman and Jessie Buckey and, for that alone, I said, “sign up!” And then there’s Dakota [Johnson], Peter [Sarsgaard], Paul Mescal, Ed Harris – they are all awesome. So many of the timelines have been scripted. But the way we shaped the memory of the character, when it came in, when it came out, and the use of sound, visuals and music – we experimented a lot. And Maggie was very, very smart to point out the things she liked and disliked so we could work it through together. But if you have a chance to do something like that, it was such a gift to be a part of.

AFI: What projects are you looking forward to working on next?

affonso: I’m currently working on Olivia Wilde’s DON’T WORRY DARLING, which was also a wonderful experience. They originally had another editor who had to leave, so Olivia worked with two other editors. And I basically got on board to finish the movie with her. We worked together for about three months, and now we’re at the end of it. She is now a super accomplished director and a very clever, very natural filmmaker. It’s really interesting to work with directors who are also actors, because the level of detail and specificity with the acting and performance is great. Of course, filmmakers like Todd or Jim or Ben have it too, but it’s a little different when they see the performance. So it was a great learning experience for me.

After that, Todd is going to make a movie next year about Peggy Lee called FEVER. That will in theory be my next project.

AFI: What advice would you give current AFI Fellows and recent alumni who are interested in following your path as editors?

affonso: I always encourage people to go to AFI because of all the people you meet there and can build really great relationships. I would say, stay in those relationships and go after every job you can. From AFI, I moved directly to New York with the help of my friend and AFI classmate Alan Oxman (AFI class of 1993), and I cut short films for students from Columbia University. I did everything I could to continue working and increase my skills.

When I look back on how I graduated and started working, that was when I started to really appreciate AFI because all I learned was that I could immediately start to put into practice and apply to the current job.