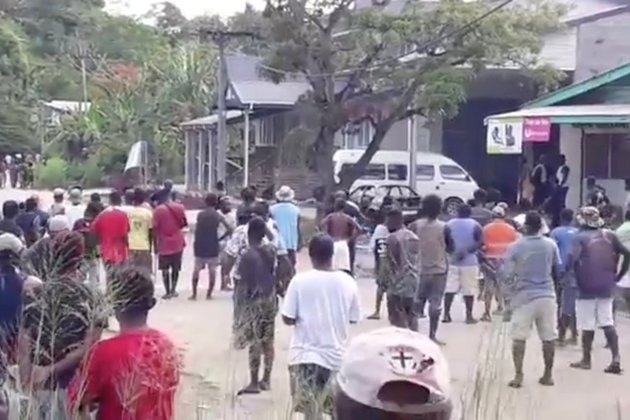 Canberra has sent police, troops and diplomatic personnel to the Solomon Islands in an attempt to quell violent demonstrations over the country’s ties with China, and protesters have recently tried to storm the national parliament.

Australian Prime Minister Scott Morrison announced the deployment on Thursday and said a detachment of 75 federal police officers, 43 soldiers and at least five diplomats was heading to the islands to “provide stability and security” and help local authorities protect important infrastructure.

The islands’ prime minister, Manasseh Sogavare, declared a 36-hour curfew on Wednesday after a major protest in the capital, Honiara, where demonstrators demanded his resignation. At one point, protesters even tried to storm the parliament building and then set a fire in a booth just adjacent to the legislature.

Shops and other buildings in the city’s Chinatown district are also plundered and set on firedespite the ongoing quarantine and curfew orders. The destruction was captured in images circulating online, with damaged and smoldering buildings seen among a sea of ​​debris.

On Friday, when Australian staff arrived, the Prime Minister pinned the protests to unspecified foreign states, saying demonstrators were “fed with false and deliberate lies” about the islands’ relationship with Beijing.

“These countries that are currently influencing [the protesters] Countries that do not want ties with the People’s Republic of China and deter the Solomon Islands from entering into diplomatic relations.”