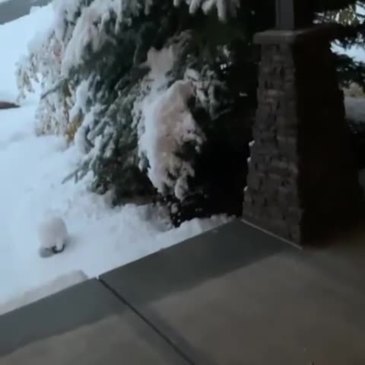 Almost a foot of snow fell on Logan, Utah, on Monday, October 11, during a storm of winter-like conditions that cooled the state through Tuesday, October 12. Kimberly Phipps posted a video of the snow in Logan on Instagram Tuesday morning, jokingly singing the Christmas carol “The Greatest Time of the Year” as she swept the camera over her front yard, covered in inches of fresh snow. The National Weather Service reported that Logan had received 11.5 inches of snow through Tuesday. Credits: Kimberly Phipps via Storyful