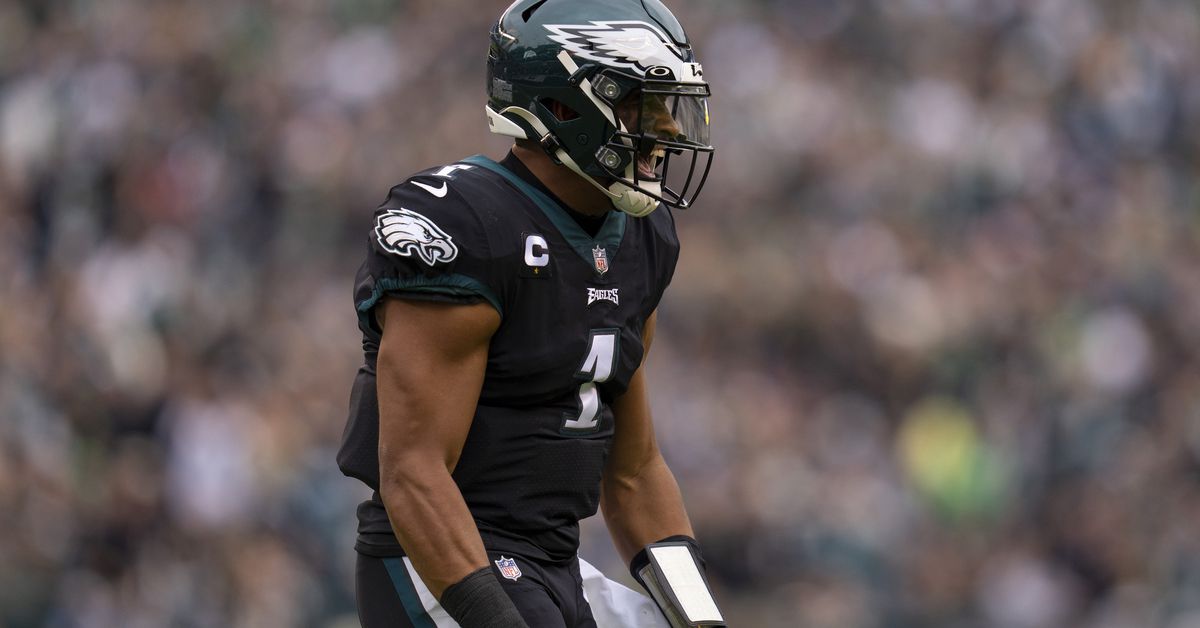 UPDATE: The Cowboys lost to the Raiders Thursday night. The Eagles are actually still alive in the NFC East.

For much of this season, the Dallas Cowboys, who win the NFC East, have felt taken for granted. And despite losing two out of their last three games, they are still strong favorites to win the division. They have an 86% chance of winning the crown, according to Football Outsiders’ playoff odds.

But hey, what if the Cowboys’ recent games are a sign that more problems are coming? Can the rising Philadelphia Eagles actually catch up with them and steal the NFC East ?!

Again, this is not a likely development. But if the Cowboys lose to the Las Vegas Raiders today on Thanksgiving … well, it’s definitely worth having that conversation.

For all that is good in the world, let’s assume the Cowboys do loses and the Eagles beat New York Giants. It would have Dallas at 7-4 and Philly at 6-6 with the following remaining schedules.

Given how the Eagles have consistently beaten poor teams all year round, there is reason to believe the Birds will stay warm down the stretch. It is possible that they will win all their matches before week 18, although they may be in danger of dropping at least one to Washington. The football team has been playing better in recent weeks with two wins in a row.

If the Eagles take care of business, they can get to 10-6. The Cowboys could also potentially lose at least two more games from their last six weeks. Such a scenario would create an NFC East championship game in Philly in week 18. It would be wild.

Granted, we get ourselves ahead here. But it’s fun to think about.

RJ Ochoa and I talked about several NFC East playoff opportunities in the latest episode of NFC East Mixtape Podcast, which is sent on boats Bleeding Green Nation and Blogging the boys podcast feeds. Listen to it!

Will the Eagles win the NFC East?