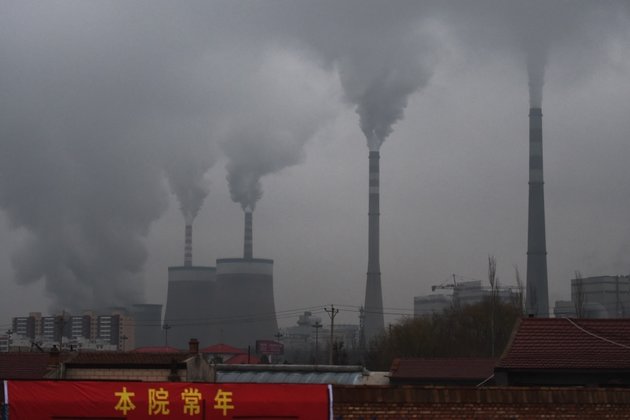 SYDNEY — China’s coal production rose to its highest level since at least March 2015 after authorities authorized mine expansions to increase supply and lower record prices. China’s coal imports from Russia rose in September, but one of its traditional suppliers, Australia, was frozen from profitable trade amid diplomatic tensions.

China, the world’s leading consumer of coal, is experiencing an energy shortage triggered by strong demand from its producers, industry and households.

The Beijing government is determined to avoid further power outages.

According to the National Development and Reform Commission, China has approved more than 150 coal mine expansions since July. Figures from China’s National Bureau of Statistics showed that domestic coal production exceeded 357 million tons in October, up from 334 million tons the previous month.

Official customs data also show that China imports about 3.7 million tons of thermal coal, the main fuel for electricity generation, from Russia, a quarter more than in August. 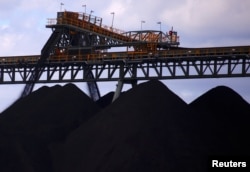 FILE – Coal is dumped into large piles at the Ulan Coal mines near the central New South Wales town of Mudgee, Australia, 8 March 2018.

However, Australia, one of the world’s leading coal producers, is not prominently included in the list of countries sending coal to China.

Canberra was a prolific coal exporter to China before an unofficial ban was imposed in late 2020 after backing calls for international investigations into the origin of COVID-19, the disease first detected in China. Beijing interpreted the move as criticism of its handling of the virus, and a series of trade restrictions were introduced.

China has long-term plans to reduce its use of coal and fossil fuels.

“There is room for hedging over the next five years that could allow for some kind of increased coal accumulation that will have to ramp up again after 2025, and that points to this problem of the kind of push and pull we’re seeing with recent power cuts etc in the Chinese power sector. In a moment like, you know, it’s hard to reverse power, and there’s a push and pull between different forces and different imperatives, you know, including social stability, employment (and) keeping the lights on,” Geall said.

The increase in China’s coal production came as India mediated last-minute change at the COP26 climate talks in Glasgow, Scotland, supported by Beijing and other coal-dependent developing countries.