Home
»
Latest News
»
Australia
»
Covid 19 Delta outbreak: Haircut is back in Auckland, but only if you have a vaccine pass 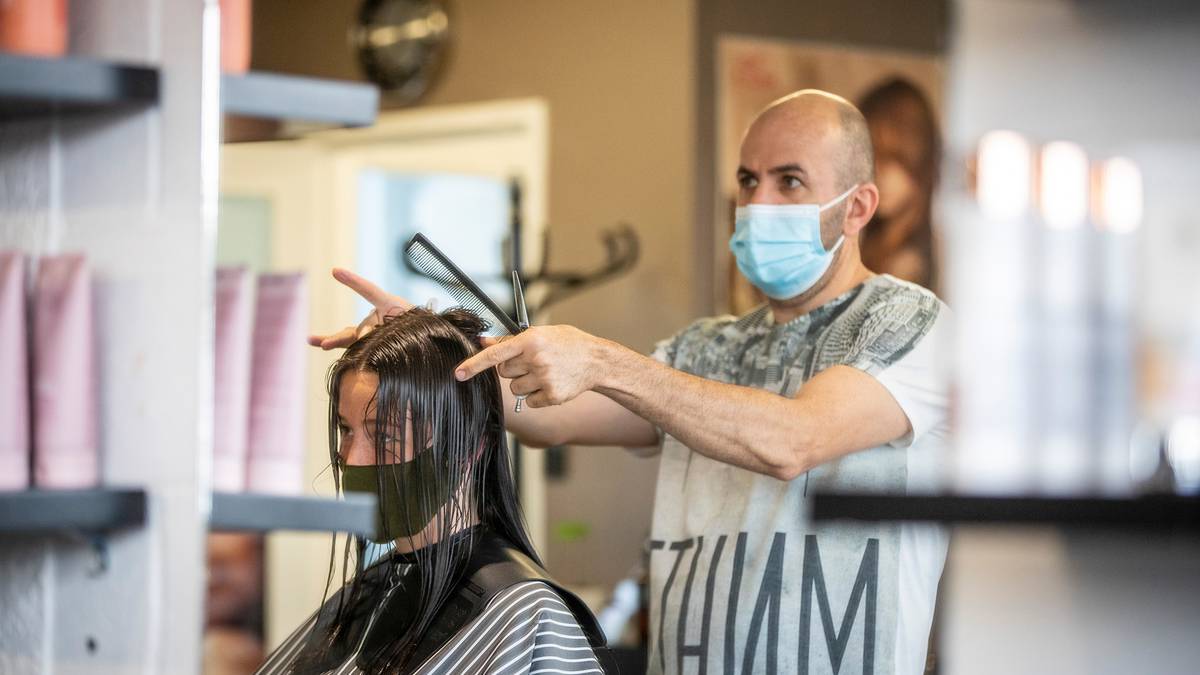 After 100 days of quarantine, Aucklanders finally got the chance to get a much-needed haircut and vaccination passport yesterday.

Hakan Altan unsheathed his scissors at 7 am at Hedzabove hairdresser in Kohimarama, one of the hundreds of city hairdressers that have reopened for the first time since the last Delta Covid outbreak on August 17.

Altan began battling a series of wild, messy mullets after long weeks that left Aucklanders no chance of trimming, coloring or styling.

When Auckland and the rest of the country switch to the Government’s new Covid management traffic light system on December 3, most bars, cafes and hairdressers will need vaccine passes to enter all music festivals, rugby games and major events.

Meanwhile, vaccine passes are being trialled at hairdressers and barbers in Auckland.

Later that morning, Prime Minister Jacinda Ardern returned to Auckland for only the second time in 100 days, meeting with members of the business and social sector communities and visiting Western Springs College in the Mt Albert constituency.

There he thanked the Aucklanders who made all the difference by staying at home, getting vaccinated and literally saving lives.

Speaking to the media, Ardern said he understands that the pandemic is making it difficult for businesses to plan, but the government wants to get locales right.

He said Auckland will begin with a red traffic light setting next week to ensure restrictions are carefully eased so that case numbers don’t balloon.

The situation can be reassessed after the restrictions are eased. “We want to carefully mitigate so we can see the impact of these changes,” he said.

His comments came after Covid-19 Minister Chris Hipkins said New Zealand would revert to its warning level system if a new vaccine-resistant variant suffocates the country and the traffic light frame does not contain it.

While the government is strictly committed to the traffic light system, a backup plan said it would revert to the warning level system.

Hipkins also said tens of thousands of travelers are expected to flood New Zealand each week as borders reopen next year.

He was speaking a day after the government announced changes to the MIQ system that would see fully-grafted Kiwis bypass MIQ facilities from January.

Both Arden and Hipkins defended the speed with which the traffic light law was passed through Parliament.

Ardern said there is still scrutiny as the government moves quickly.

“If we didn’t do what we did, Auckland would have faced continued restrictions and I don’t think anyone would agree with that,” he added.

Hipkins said they have to make decisions in the event of a pandemic, and in an ideal world he would like to run it through an elected committee for six months.

Yesterday, there were 178 new cases of Covid-19 and one virus-related death across New Zealand.

A patient in his 50s died at Auckland City Hospital on Wednesday – the country’s 41st Covid-19 death, according to the Ministry of Health.

The patient was admitted on 5 November.

There were two cases in Northland, 149 cases in Auckland, 16 cases in Waikato, nine cases in the Bay of Plenty, and one case in the Lakes and MidCentral (Pahiatua).

The government yesterday made a series of new Covid-19 announcements, including a $200 million boost for home isolators, the sale of rapid virus tests to the public, and a $300 million raise. 19 and taking extra care with a community approach,

Businesses are ahead of the line when it comes to rapid antigen testing and will have access to it starting next week.

Deputy Health Minister Ayesha Verrall announced that businesses will be able to directly source approved rapid antigen tests for use in the workforce from 1 December.

Testing will become more widely used in our healthcare system, including in residential care.

Social Development and Employment Minister Carmel Sepuloni said $204.1 million will be set aside to support these people for those isolated at home.

“Supporting the welfare needs of individuals and whānau is central to how we manage Covid-19 in society from now on.

“Rapid antigen tests will be available to the general public in pharmacies from December 15, with tests to be performed under the supervision of pharmacy staff,” Verrall said. “A PCR test will be required to confirm any positive results.” Said.

Health Minister Andrew Little said the $300 million support to Pharmac will buy new drugs to treat Covid-19, provide extra care with a community approach, support packages will be provided within 48 hours, and regular health checks will be carried out throughout people’s recovery.

The announcements came after the government’s approach to home isolation of positive cases came under strong criticism as the public health system struggled to bear the weight of Auckland’s growing epidemic.