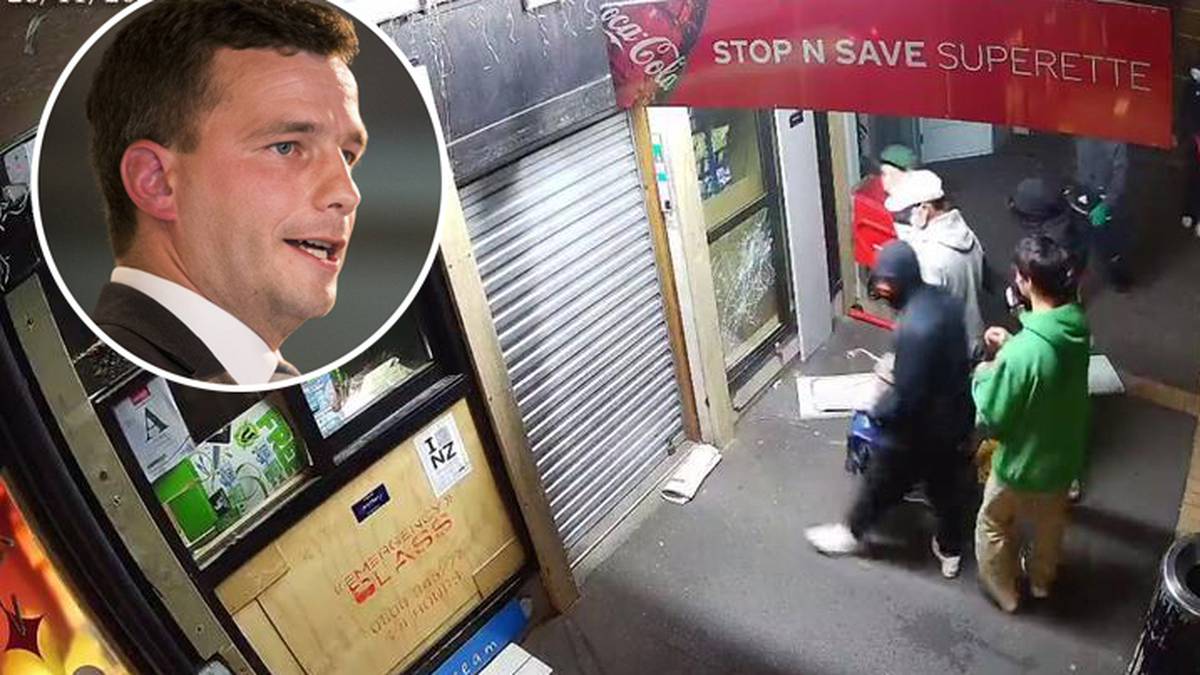 Action Party leader David Seymour and business leaders say crime has risen in Auckland as hundreds of police have been assigned to border posts in the area. Video / New Zealand News

Action Party leader David Seymour said crime has risen in Auckland as hundreds of police have been assigned to border posts in the area.

Last night, a recently raided dairy and liquor store next door in the central Auckland suburb of Mount Eden were targeted again, he said.

“A police officer came. He told the owner that there were no other officers to join him. He asked a member of the public to look into the shop with him in case the criminals were still there.

“I spoke to another dairy owner who was beaten with a tire iron. There are also reports of robberies and beatings in Newmarket,” Seymour said.

One of the owners of a recently raided Mt Eden dairy said they were hit again this week.

He said his family wanted to raise awareness that crime rates were getting worse, not better.

There have also been reports of robberies and beatings in Newmarket.

The response to a Parliamentary question revealed that 271 officers have been assigned to the Auckland borders to date.

“Violent offenders know that if the police are away from the incident, they can commit crimes, reducing their chances of being caught.

“The government should answer why it disabled the police to stop at checkpoints. People in my community do not feel safe and lives are at risk.”

Seymour said the Auckland border won’t open until December 15, so the Government must urgently address the increase in crime.

The Police Association said many of them were spending extra hours, doing extra missions, and “it seemed like it would never end” to them.

“Police are the same as everyone else, but you can have this much flexibility and it just runs out,” said President Chris Cahill.

As of October 1, it cost more than $236,125 to deploy police personnel outside of Auckland to assist with border checkpoints around the Supercity. Police News reports.

Some delegates at the annual Police League conference said frontline personnel were being taken from “business as usual” to special projects and Covid checkpoints.

“The biggest challenge is the massive shifting of staff from key roles in checkpoint duties and Covid hotels. No workgroups have been left untouched,” one person said, according to Police News.