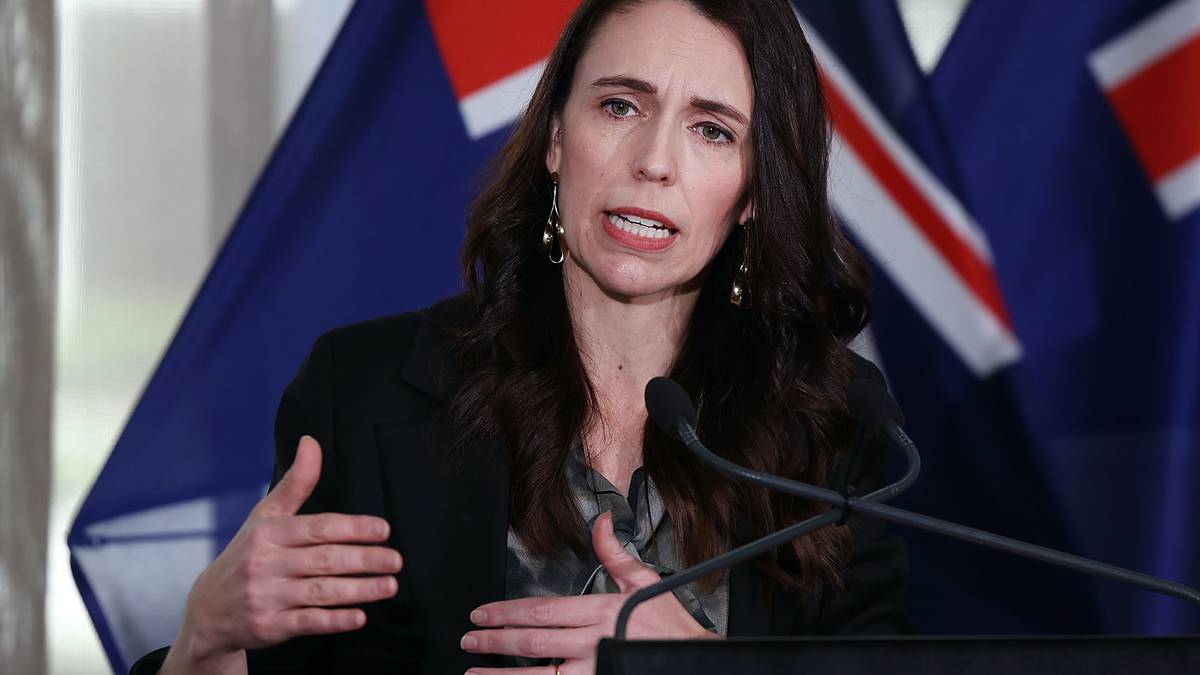 Prime Minister Jacinda Ardern said that if DHBs fail to reach 90 percent vaccination levels, the government can still use level 3 alert settings to limit the spread of the virus.

That is, if the virus escapes from Auckland and reaches other areas.

Ardern and Workplace Relations Minister Michael Wood is providing more details on when the vaccination instructions may apply.

Ardern said the government has already made it mandatory for workers in certain industries, such as healthcare, to be vaccinated.

Vaccination is also needed in other high-risk areas, such as hospitality, he said.

If customers need to be vaccinated, staff should too, he said.

He said vaccinations will now be mandatory for any business that requires the use of vaccination certificates.

This will include businesses in hospitality, gyms, hairdressers and barbers, he said.

He said the system was designed to bring simplicity to employers.

Wood said vaccination is the most important thing Kiwis can do to keep whanau and their workplaces safe.

Wood said the cabinet will require vaccinations for all workers whose customers must show their vaccination certificates to access a business’s services.

The timing of the new system going into effect will depend on when Auckland and New Zealand switch to the government’s new traffic light Covid management system.

This could happen sooner in Auckland, Ardern said.

Wood urged workers in these areas to get vaccinated as soon as possible, as there is no firm date for the new traffic light system to go into effect.

He said employers will need to form workers and their representatives when making risk assessments about whether their employees should be vaccinated.

Employers can exempt employees from vaccination duties, Wood said. This may include those who cannot be vaccinated for medical reasons, although there are very few Kiwis.

Wood said the changes would raise questions about what would happen if staff refused to be vaccinated.

He said the new framework will include a new termination process of at least four weeks for any employee who loses their job for refusing to vaccinate.

Cabinet addressed the issue today after identifying the new traffic light system to be implemented when all DHBs reach 90 percent vaccination rates – a system that relies heavily on vaccination certificates.

The change will only apply to employees who do not have a notice period. After the notice period begins, the worker will have four weeks to vaccinate and prove it.

Wood said some employees may find it difficult to get vaccinated because they don’t have time to devote to family responsibilities.

To help with this, Wood said employers will be asked to allow their employees to get vaccinated during working hours and take other measures to make this as easy as possible.

Wood said Worksafe NZ will be given another $4.4 million to help with training and enforcement to ensure businesses and staff follow the new vaccine mandate.

Ardern said the new mandate was “absolutely” not an overkill by the government. He said his tenure expands the government’s assessment of ensuring that all high-risk areas are vaccinated.

This includes workplaces where employees and customers are in close, confined spaces or in close contact with each other, such as hairdressers.

He said if customers need to be vaccinated to get into these businesses, it’s fair to have staff in those places get vaccinated as well.

Ardern said customers will expect that to happen, as they need to be vaccinated.

When asked if those who lost their jobs because of refusing to be vaccinated would be eligible for government unemployment and other benefits, Ardern said they would.

He said those who are not vaccinated will always have access to health care and other essential services such as supermarkets.

The government was balancing the need to protect the vulnerable with “reasonable powers and restraints”.

Wood said the government would consider expanding its vaccine mandate to potentially other areas as well. This may include public officials working with vulnerable tenants in public housing and other marginalized areas.

Ardern said the new powers will cover workplaces where the vast majority of people have already been vaccinated, given that the single-dose vaccination rate in the country is now over 80 percent.

Asked whether businesses with office workers who do not interact with customers and do not require vaccination certification to deliver their services, Ardern said this would be based on their own risk assessments.

Wood said the government would increase the sense of risk posed by Covid, which could strengthen businesses’ assessment of Covid as risky for their businesses.

The idea to do this was to make it clear and simple, especially for small businesses, to conduct risk assessments.

When asked if there was a time when certifications might not be necessary due to the high vaccination rates, Ardern said yes, it is possible. Ardern said this is overseas as some countries move away from vaccination certificates, but potentially return to them during the winter months when Covid poses a major threat.

He said that if booster vaccines are needed and a large percentage of the population has not yet had their third vaccination, these countries could potentially revert to a vaccine certification system.

Wood said the Cabinet was of the view that the public health notion that people have the right to feel safe in public spaces overrides the right of workers in these sectors to be unvaccinated.

The “traffic light system” will see businesses that choose to only allow vaccinated people into their facilities operate under far fewer restrictions than those that refuse to use their vaccination certificates.

However, there have been calls for greater clarity on how private sector workplaces can operate and whether they can mandate vaccinations or lay off workers who refuse to be vaccinated.

Last Friday, Covid-19 Minister Chris Hipkins said the Government was talking to business groups and unions about what vaccination certificates would mean for labor law.

He said that a bill on vaccine certificate changes will be submitted to the Parliament in the second week of November, which will give legal certainty to businesses considering the necessity of vaccinating their employees.

“This brought up a handful of issues for which they wanted more clarity, so we’re working on that right now.”

The move has been criticized by the National and the Act for creating different “classes” of people, although both support the use of vaccine certificates.

Rules need to be set pretty quickly: Auckland will be able to switch to the red light of its traffic light system, which is expected to be in six to eight weeks, once 90 percent of their DHB has reached 90 percent.

After a long weekend with a decline in the number of tests and vaccines performed, there were 79 new Covid community cases today. 33 of them were disconnected as of 10:00 am today.

75 of the new cases are in Auckland and four in Waikato.

Tomorrow Hipkins will also announce the decisions regarding the future of MIQ. He said this morning it will include shorter MIQ stays for vaccinated people from low-risk countries.

“Changes will be made incrementally so MIQ will focus more on local cases next year, fully vaccinated border arrivals will face fewer restrictions, but more testing will take place.”

He said there are fewer positive cases reaching the border, and the risk of vaccinated Kiwis returning home has already changed markedly compared to cases in the community.

From 1 November, full vaccination will be mandatory for all incoming non-New Zealand citizens.