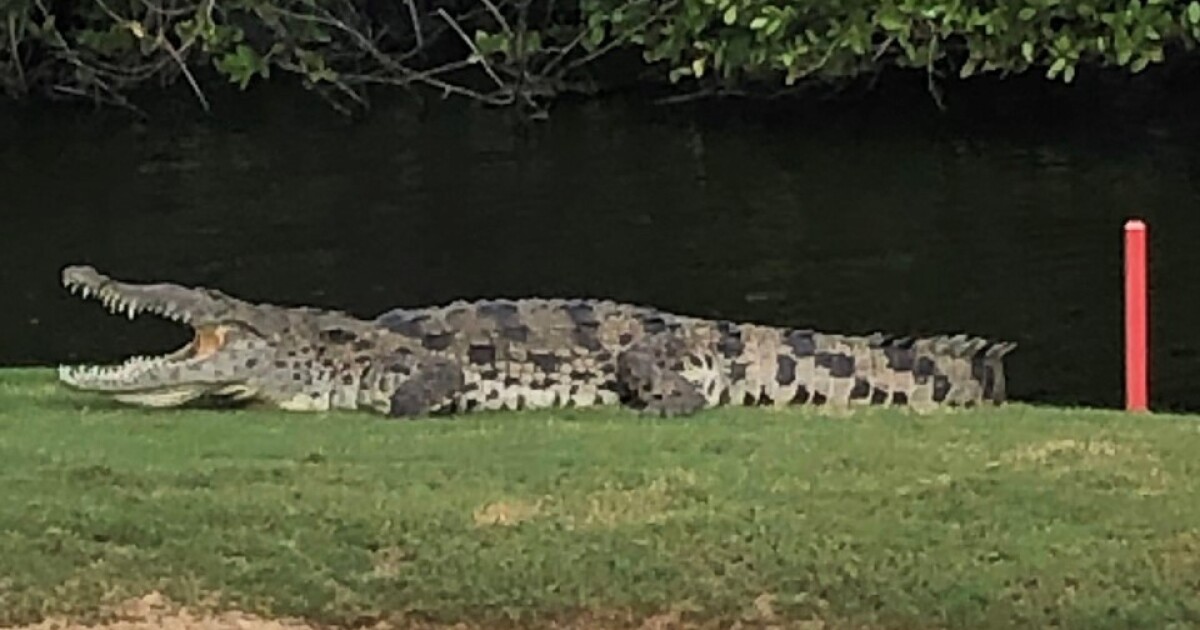 North Palm Beach Country Club has added another danger to the course – a crocodile.

The village of North Palm Beach warns people about the crocodile that lives in the ponds of the golf course.

“It’s somewhat threatening looking and a little scary with all the kids we have here and all the activity out here,” resident Jeff Egizio told WPTV.

Egizio is one of the many residents who have noticed it.

But Egizio has given the American crocodile a name – “Crikey.”

The village said the crocodile could not be removed due to federal law, but the Florida Fish and Wildlife Conservation Commission has put up a sign to raise awareness.

The FWC said conflicts between crocodiles and humans are rare, but there are precautions people can take.

Precautions include keeping a safe distance, keeping pets on a leash and away from the water, and swimming in designated swimming areas only.

“What’s a little scary is, you know, he’s leaving these lakes at some point and has to go three, four, 500 yards across,” Egizio said.

So if your shot goes too close to the water, you might want to take a mulligan.