After 40 minutes it’s Cronulla who are in full control, leading the Cowboys 36-6.

Complete domination from the Sharks who have owned the possession count at 60 per cent, while completing their sets at 88 per cent.

Six errors already and just a completion rate of 69 per cent are worrying signs for Cowboys coach Todd Payten and his mean.

Rugby league legend Greg Alexander unloaded during the half-time break, calling out the North Queensland playing group and what it is they’re really playing for. 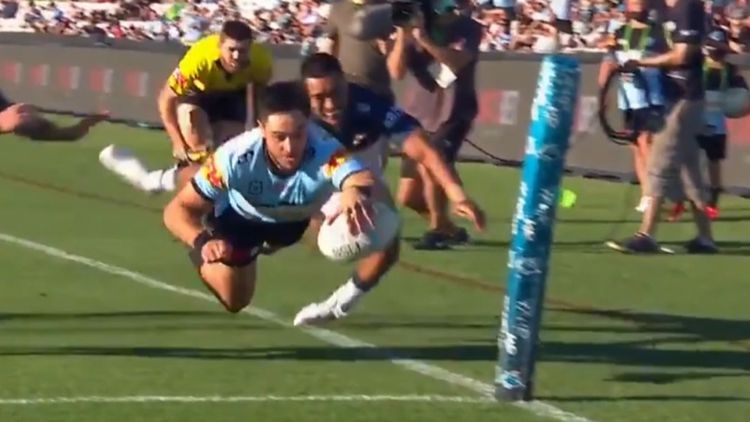 “The Cowboys have been diabolical,” Alexander told Fox League.

“We’ve had some big losses this weekend already, we’ve had three teams – Panthers, Souths and Storm have big wins, but none of them were leading 36-6 at half-time.

“Todd Payten, I don’t know where he goes from now?

“A complete lack of effort. Whatever he is trying to do up there is not working, it’s not sinking in.

“These blokes aren’t playing for their lives or contracts.”