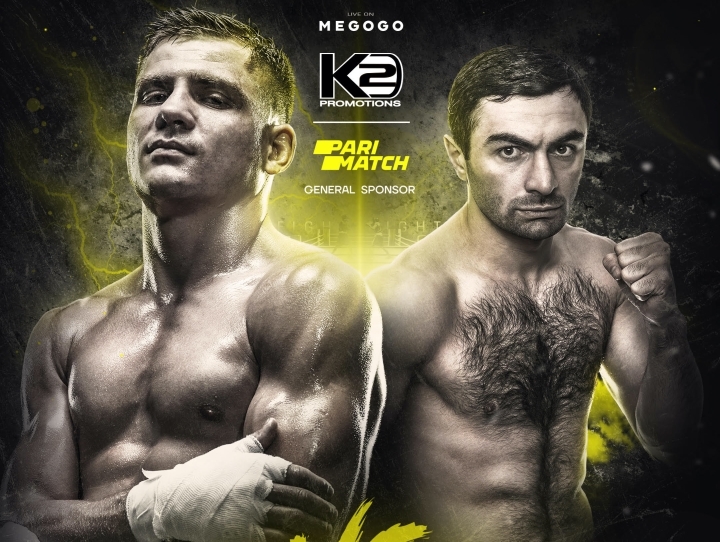 WBO International lightweight title holder Denys Berinchyk (15-0, 9 KOs) will face former challenger for the IBF title, Isa Chaniev (15-3-0, 7 KOs) from Russia, at the main event for a K2 Promotions short on December 18 at Terminal Brovary Ice Arena. The show will be supported by PARIMATCH Ukraine (General Sponsor) and shown live on MEGOGO.

Denys is currently ranked # 3 in the WBO and # 8 in the IBF. Last time-out, Berinchyk entered the ring in March this year when he won over Chilean Jose Sanchez with TKO in the third round. Then Denys tried his hand at bare-knuckle fights and KO’d the Russian star Artem Lobov.

29-year-old Chaniev became a professional in January 2015 and since then has held the titles IBF Inter-Continental, WBO International Lightweight and IBF Youth Super Featherweight.

In February 2019, Isa Loma’s upcoming opponent met Richard Commey (Ghana) in an IBF world lightweight title fight, where the Ghanaian won with TKO. In his last match in July, Chaniev brutally knocked out the undefeated prospect of Nurtas Azhbenov from Kazakhstan.

On December 18, it’s the 12-round battle for the WBO International title that belongs to Berinchyk. In the event of a victory, Denys will strengthen his position in the world rankings and get closer to a world championship. Currently, Teofimo Lopez has the IBF, WBA, WBO world championships at 135 pounds and is defending his belts against George Kambosos on 27 November.