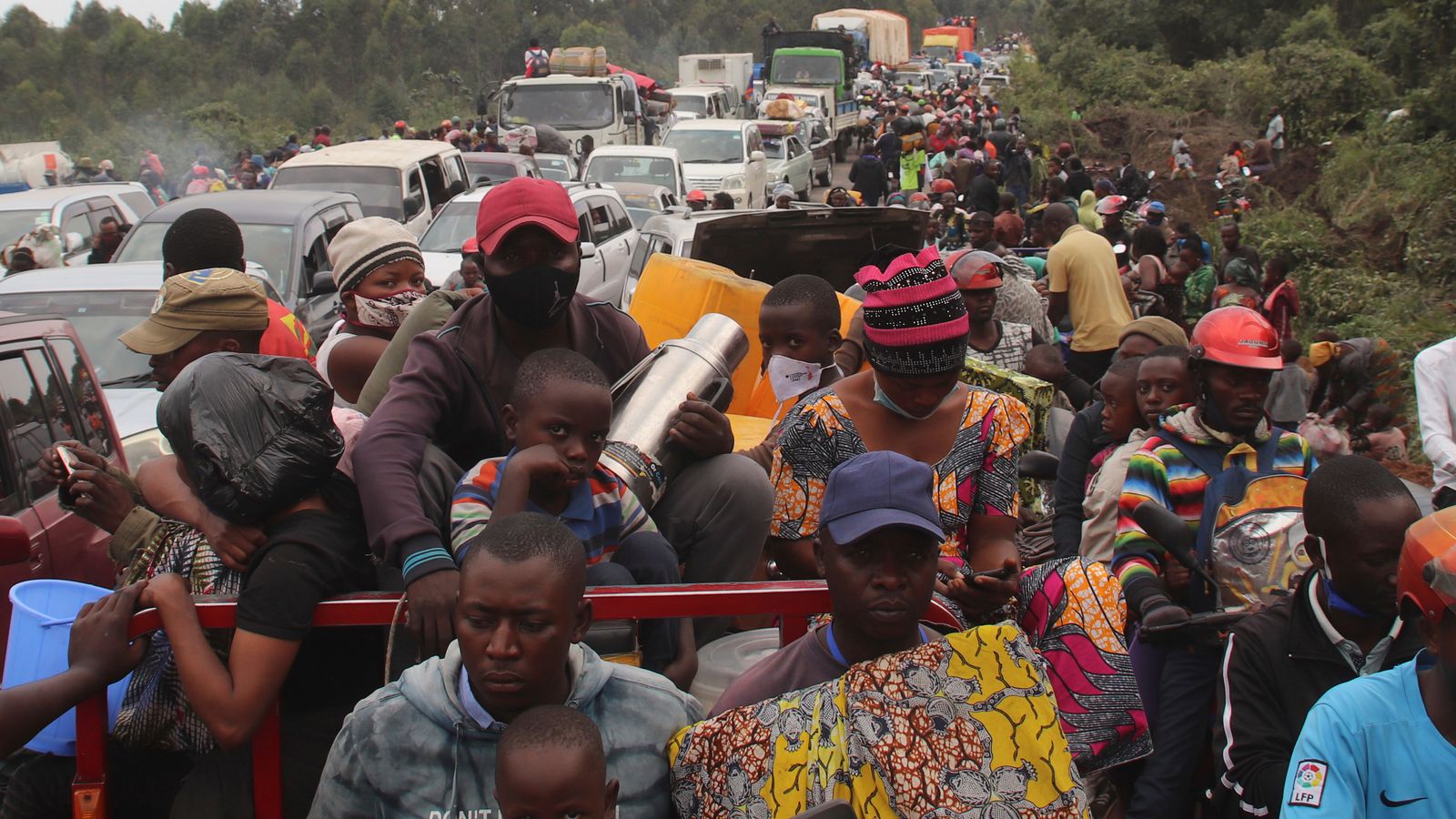 Tens of thousands have fled their homes in the Democratic Republic of the Congo amid warnings that the volcano could erupt again – with some families trying to find enough water and food.

At least 31 people at the time of death Niragongo Mountain Last Saturday, a wall of lava extending into the town of Goma destroyed 3,000 homes and cut off the main road to transport aid to the area.

The lava stopped just outside the city limits, but mass evacuations resumed when the government warned that the volcano, one of the most active in the world, could erupt again.

Many of those fleeing fled to Sake, a town 13 miles northwest of Goma, which is prone to cholera, UNICEF said.

The charity warned of a possible “catastrophe” and said about 400,000 people needed support or assistance.

Edward Big Bider, UNICEF Representative in DR Congo“As the risk of cholera increases, we call for immediate international assistance to prevent a catastrophe for children,” he said.

Kabuo Asifiwe Muliwavyo, 36, said he and his seven children had not eaten since arriving in Saka on Thursday.

More about the Democratic Republic of the Congo

Danga Tongulu, who slept on the side of the road in Sake with his four children, said they had not eaten since leaving Goma yesterday.

“They told everyone that the aid was being organized, and the money was being paid for by the government. And yet, you find us under the stars,” said Hassan Konga, a lawyer who fled after the eruption.

The evacuation order at around 1am on Thursday after radar images showed molten rock flowing under Goma.

The Goma Volcano Observatory (OVG) said the magma movement would cause cracks in the ground and hundreds of earthquakes that could cause it to reach the surface in a new eruption.

Please use the Chrome browser for more accessible video players

An OVG spokesman said Friday that the frequency and intensity of the quake had dropped in the past 24 hours, indicating that the risk of a new eruption was decreasing.

He added: “I do not think we will have a second eruption, the problem is the risk of fracture, but the risk is low, about 20%.

Some of the people who fled to Saka later lined up on Friday to return to Goma, while dozens who had traveled in the opposite direction to neighboring Rwanda also returned to Congo.