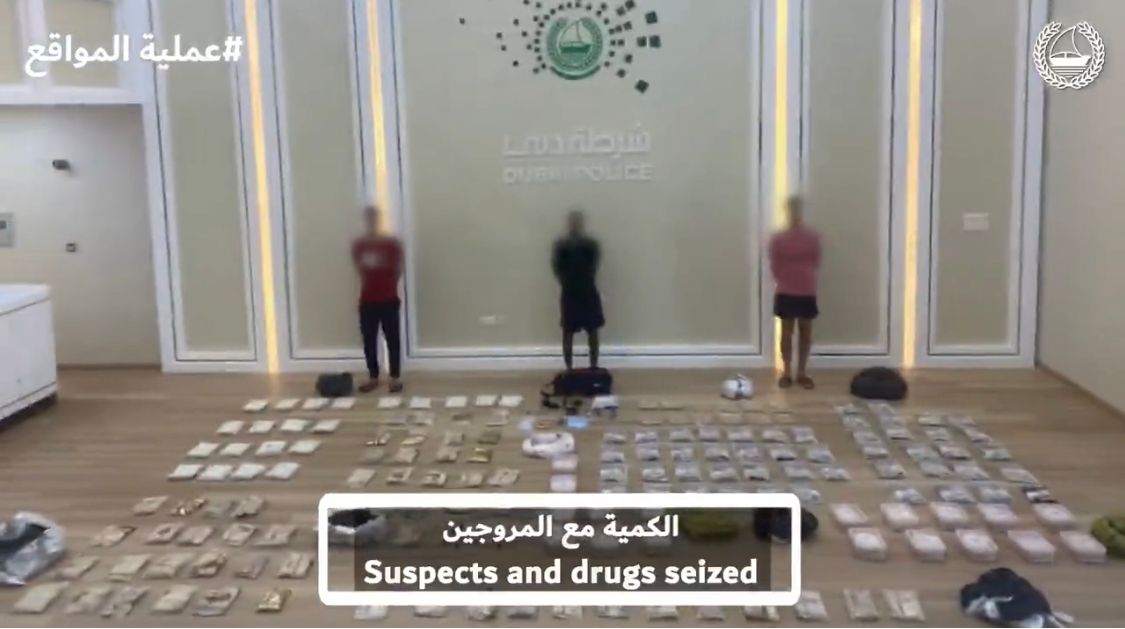 In a new qualitative operation by the General Command of the Dubai Police, the General Department of Narcotics Control revealed buried and hidden places with drugs and psychotropic substances, a total of one ton, three hundred and forty-two kilograms, and whose market value exceeded 176 million dirhams, in a qualitative operation called ” The Sites “. The search and investigation teams persecuted and arrested those involved and overthrew a criminal network consisting of 91 promoters, who collaborated with a criminal gang outside the country that sells and promotes “poisons” inside the country through social media applications.

#Dubai polis It takes down 91 promoters and reveals the places for “tons” of #drug buried psychotropic substanceshttps://t.co/GFRFIyw7sq@DubaiPoliceHQ #statement_reader_always pic.twitter.com/lnDVomlb8Y

His Excellency Lieutenant General Abdullah Khalifa Al Marri, Commander-in-Chief of the Dubai Police, praised the great capacity of the investigators and investigators of the General Drug Enforcement Administration and the powerful and sincere national efforts made by the field work team to protect the homeland and society, the conflict their criminal activities and expose their malicious plans with skill and skill.

message to the audience

His Excellency said: In the context of the progressive and accelerating technological development, the promotion of drugs and psychotropic substances through applications on social media has become a great danger to all societies, which requires that society members must be careful and not interact with unknown messages that can reach them from strangers outside the country and to report them on. Through the Dubai Police’s “eCrime” platform, I also urge parents to hold back their children, follow them, approach them, motivate them and educate them about the importance of not communicating with strangers or adding them through social media applications, and not being babysitting for bad friends, especially since a conscious and cohesive family helps increase home security and the stability of society.

His Excellency Major General Khalil Ibrahim Al Mansouri, Deputy Chief of Criminal Investigation at Dubai Police, explained that tracing and monitoring of traffickers, promoters, smugglers and drug users has gone beyond the realm of the digital space, with a smart and advanced system and human cadres level of experience and practical, scientific and technical efficiency, which continues day and night To maintain home security. He said, “Reliable information was received from the source of the General Department of Narcotics Control in Dubai Police, according to the presence of an international gang promoting drugs and psychotropic substances within the country through social networking sites, and immediately several professional technical work teams were formed for research and investigation. and it turned out that the initiators hid and hid drugs and psychotropic substances in certain places, then they send the special geographical places with great accuracy to the merchants outside the country to remove doubts from them, so that these merchants later undertake the process of communicating with those who want to buy “poisons” in the country, and send the geographical locations to them after the process is completed, which pays off.

The best in the field

The Deputy Chief of Police for Criminal Investigations at the Dubai Police confirmed that the surveillance and follow-up operations resulted in the identification of the initiators and concluded that a large group of gangs. Zero to overthrow all the initiators of the criminal network, and our brave men carried out raids with high professionalism, and all buried and hidden drug sites were revealed.

Colonel Khalid bin Moaiza, acting director of the General Drug Enforcement Administration, confirmed that Brigadier General Eid Muhammad Thani Hareb, head of the General Drug Enforcement Administration, continued and diligently followed up on the details of the operation at the “sites”, which he said: 91 promoters were seized, while quantities of the drugs amounted to one ton, three hundred and forty-two kilograms of drugs and psychotropic substances, while the market value amounted to 176,395,578 million dirhams, and it was as follows: 809,534 kilograms of hashish, 485,491 kilograms of crystal, 41,888 kilograms of heroin, 117,480 narcotic tablets 5,241 kilos of marijuana, 154 grams of cocaine, 15 grams

Follow U Bay news from Al Bayan via Google News