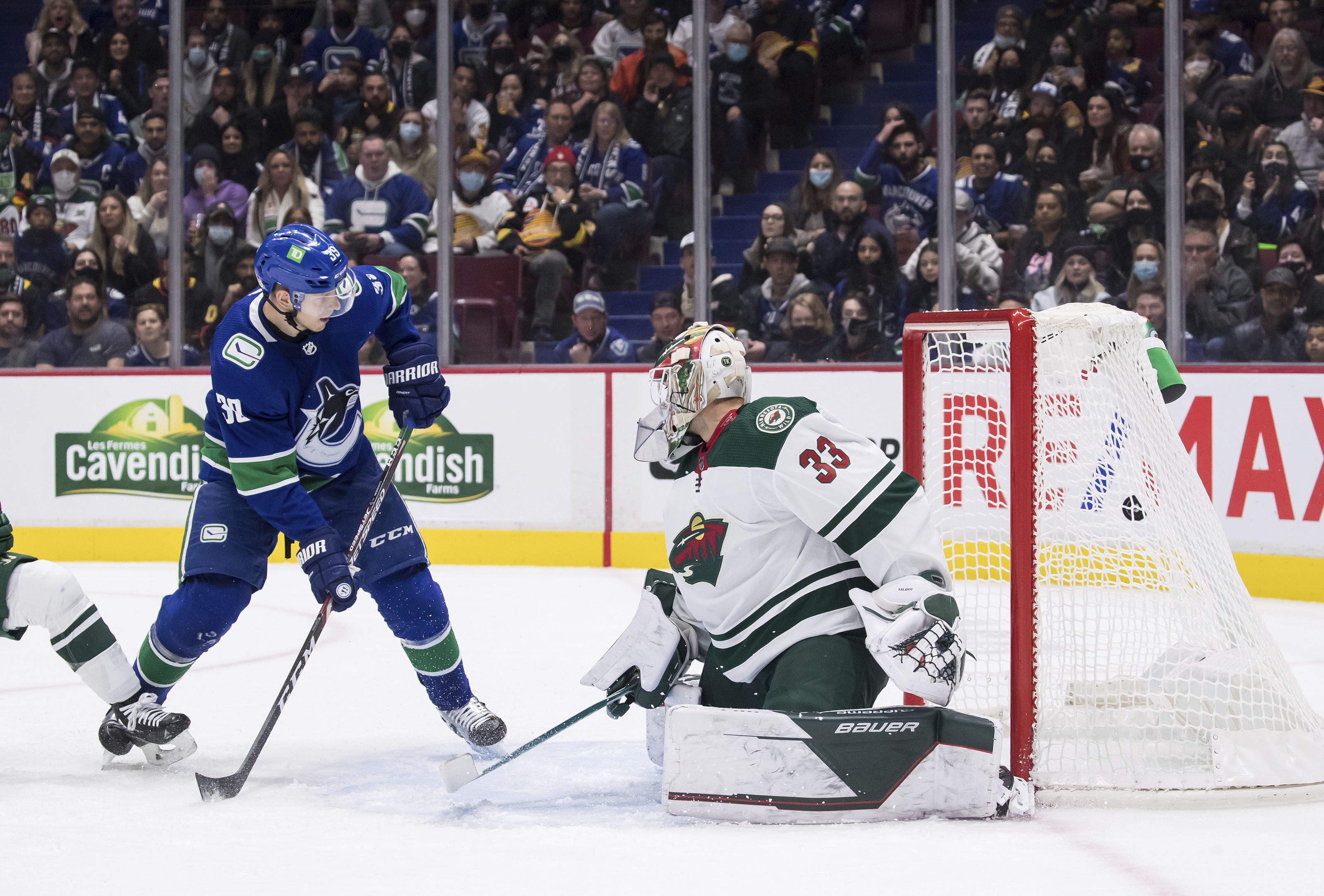 VANCOUVER, British Columbia (AP) – Matt Dumba scored his first goal of the season midway through the third period, leading the Minnesota Wild to a 3-2 victory over Vancouver on Tuesday night, spoiling the Canucks home opener.

Mats Zuccarello and Jonas Brodin also scored for the Wild (5-1-0). Cam Talbot made 22 saves for Minnesota.

Alex Chiasson scored on a power play, and Bo Horvat added a goal for the Canucks (3-3-1), who had their two-game win streak halted. Thatcher Demko stopped 27 shots for Vancouver.

Vancouver’s home opener was the first game with full capacity at Rogers Arena in 595 days.

The last time the Canucks played before a full house was in a 5-4 shootout win over the New York Islanders on March 10, 2020, two days before the NHL was put on pause due to COVID-19. The team played without fans in the stands during last year’s shortened season.

Dumba’s goal came after Vancouver’s Brock Boeser had taken a hard shot that went over the top of Minnesota’s net and around the boards. The Wild moved the puck up the ice and Dumba scored off a pass from Rem Pitlick.

Horvat cut the lead to 3-2 at 15:53 ​​after taking a long, lead pass from defenseman Tyler Myers, fighting off the check of a Wild defenseman, and scoring on a backhand.

A Canucks turnover gave Minnesota a 2-0 lead at 2:27 of the second period. Vancouver defenseman Jack Rathbone coughed up the puck at his own blue line. Brodin fired a shot that Demko stopped, but then scored his first of the season on the rebound.

The Wild came close just a few minutes later on a partial breakaway. Kevin Fiala fed Frederick Gaudreau at the front of the net, but Demko made the save.

Vancouver cut the lead to 2-1 on a power play at 10:26. With Nick Bjugstad off for interference, and Marcus Foligno playing without a stick, the Canucks controlled the puck in the Wild end. With five seconds remaining on the penalty, Elias Pettersson sent a pass in front of the net, and Chiasson directed the puck past Talbot.

Minnesota came close before the period ended when Pitlick had a breakaway after stepping out of the penalty box. But, his shot hit the post.

The Wild opened the scoring at 7:41 of the first. Zuccarello got behind Canucks defenders Tucker Poolman and Quinn Hughes, took a long pass from Joel Eriksson Ek, and beat Demko through the pads for his third goal of the season.

The Canucks had the best scoring chance of the period just a few minutes later on a 3-on-1 breakaway. Boeser unloaded a hard shot off a fed from JT Miller but Talbot made the save.

NOTES: Zuccarello’s goal was the first time this season the Wild opened the scoring. … Vancouver returned home from a six-game road trip, their longest of the season. … Eriksson Ek’s assist on the first goal was the 100th point of his career. … Travis Green coached his 296th regular season game leaving him fourth among Canuck coaches. Alain Vigneault leads with 540.… Canuck defenseman Tucker Poolman left the game late in the second period and did not return.

Minnesota: At Seattle for the second game of a three-game trip.

Vancouver: Host Philadelphia in the second game of a seven-game homestand.

Copyright © 2021 The Associated Press. All rights reserved. This material may not be published, broadcast, written or redistributed.