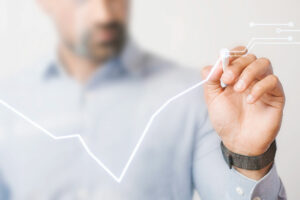 THIRD-QUARTER earnings results are in line with expectations, analysts said, as they pointed to the reopening economy and a stronger dollar that boosted spending among families of overseas Filipino workers (OFWs).

“Companies’ third-quarter earnings were in line and some were beyond expectation. Overall, recovery came from the government’s effort to open 100% of the economy,” Mercantile Securities Corp. Head Trader Jeff Radley C. See said in a Viber message.

“[T]hat is saying a lot. Looking at third-quarter growth, we can see that consumption helped boost the economy,” he said.

“Also, since we have a lot of OFWs, the foreign currency that they sent home could have given some relief to the sudden rise in living expenses,” he added.

For the July-September quarter, the country’s GDP expanded by 7.6%, higher than the revised 7.5% economic growth in the second quarter and 7% in the same period last year.

“We attribute this to the sustained reopening of the economy on the back of continued improvement in mobility, return to face-to-face classes and more employees going back to on-site work arrangements,” Mr. Temporal said.

He said that the reopening led to a significant recovery in jobs and businesses, which resulted in more money for people to spend.

“In our view, the pace of recovery has outpaced the surge in inflation and interest rates, driving the 8% growth in household consumption over the quarter,” he added.

For the fourth quarter, analysts expect earnings to still be in line with their expectations due to seasonal demand as well as window-dressing activities.

“Going to the fourth quarter, while we do see earnings growth to continue on the back of the seasonal boost from the Christmas season, most of the numbers would be in line with expectations,” Mr. Temporal said, citing a fine-tuning of earnings estimates “to incorporate third-quarter figures.”

He added that he expects banks and consumer companies to lead the performance in the fourth quarter “on potential surprises in net interest margins and loan growth for the former and gross profit margins” for the latter.

He said, “some consumer companies may take advantage of the Christmas season to increase their prices.”

“The markets [can] anticipate any potential window-dressing activities towards the end of the accounting year [on Dec. 31],” said Rizal Commercial Banking Corp. Chief Economist Michael L. Ricafort in a Viber message.

He said markets can anticipate seasonal increases in sales and business transactions, which could translate into higher sales, net income, and overall valuations for some listed companies.