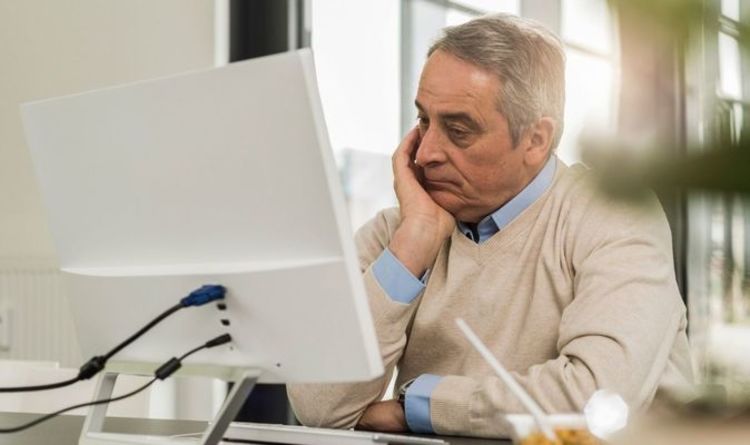 Fewer older people are in work than before the COVID-19 pandemic, with more than half of pensioners believing they could get a paid job if they try. Women have been particularly affected by a lack of confidence in their ability to find work.

More than half (55 percent) of retirees 55 and older did not believe they could find paid work and only one in five (20 percent) who would like to work were convinced they could get paid work, according to research from Just Group.

Although many retirees felt they would struggle to find work, women seem to be worst affected. According to the study, female pensioners were less confident than men that they could receive a salary, only 13 percent compared to 26 percent.

The gloomy outlook, especially for women, is reflected in today’s official labor market statistics for the three months to August 2021, which show the effect on coronavirus pandemics on older workers.

It has fallen by 89,000 workers aged 65 and older compared with the first three months of 2020. This is a percentage reduction in employment by almost 6.3 per cent, almost four times as large as in the age group 16–64.

Many people want to continue working even after the state retirement age to provide more income after they have finally decided to stop working. Part of the reason for this may be that the state pension does not seem to be sufficient to live on for the average pensioner.

The amount of state pension you can receive varies depending on whether someone qualifies for the new or basic state pension, but the entire new state pension is currently worth £ 179.60 every week, or £ 9,339.20 per year.

The entire basic pension, on the other hand, is worth £ 137.60 a week, which means that a pensioner who receives this would take up £ 7,155.20 per year. But even by receiving the highest amount of state pension, retirees are likely to need additional private pension savings as well.

Just Group revealed that the time in 2021 when the average retired couple would have exhausted their state pension income was 31 August, which gave them four months not to live on the state pension alone.

Two state pensions are equivalent to about £ 18,680 a year, with official figures showing the average annual expenditure of a two-person retired household at £ 28,064, leaving a deficit of £ 9,384 for the year.

Retirees would therefore need to find a way to bridge the gap with the help of other sources of income, such as private pensions or other savings and investments, where many choose to work after retirement age to earn extra money.

Auto-registration is a good way that the British have easily been able to contribute to their pension pot, but doing so at the minimum contribution level is also not considered sufficient to build up sufficient pension savings.

The trading body Equity Release Council found that the level of subsidy required by automatic registration is not sufficient to provide a comfortable pension. They claim that paying the minimum allowed under automatic registration for 40 years would leave the average saver with only 15 percent of their final salary in retirement.

Workplace pensions such as automatic registration are beneficial for employees because one’s employer will also contribute to the pension, but even adding this extra amount does not leave enough traces.

The employee is normally expected to put five percent of his salary into his pension, which includes tax breaks from the government, with his employer, and then add another three percent to the top.

For the tax year 2021/22, the minimum contributions for “qualified income” over £ 6,240 and up to a ceiling of £ 50,270. This means that someone who earns £ 25,000 every year would pay pension contributions for automatic registration based on £ 18,760. Therefore, a total contribution of eight to the pension between employee and employer would mean that only £ 1500 goes to pension savings each year.

With many pensioners struggling to make ends meet after reaching retirement age, it is important that older people have the opportunity to continue working if they feel they need it, but based on Just Group’s research, it seems that many find fewer opportunities to work on a older age.

Disclaimer! Toysmatrix is ​​an automatic aggregator around the global media. All content is available for free on the Internet. We have just arranged it in a platform for educational purposes only. Each content lists the hyperlink to the primary source. All trademarks are the property of their respective owners, all materials are the property of their author. If you own the content and do not want us to publish your material on our website, please contact us at the latest email – info@toysmatrix.com. The content is deleted within 24 hours.