Home
»
Finance
»
Employees want a flexible future at work. What do employers want? 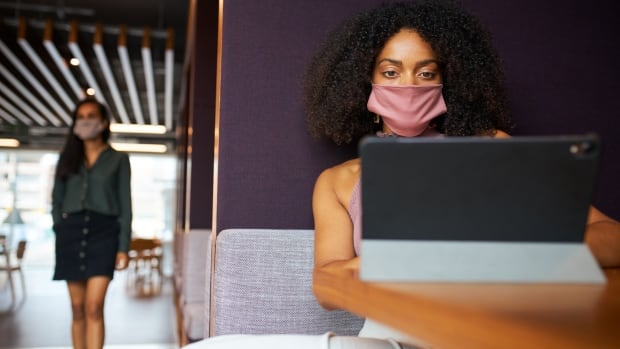 For the past 12 months, Noah Arney has changed jobs, moved provinces, and returned to office.

By doing so, he has benefited from both office life and home-based work – including when he started his new job in Kamloops, BC

“I was able to change jobs without having to move my family in January – and if you’ve ever been to Calgary in January, it’s good not to have to do that,” said Arney, a professional career development man who actually moved to BC months later.

Now Arney works in an office again and it suits him too, as he builds new contacts and gets started with his new job.

“It has been a strange experience, but I have really enjoyed it,” said Arney.

Across Canada, employers are trying to map out what’s best for their organizations in a post-pandemic era, in terms of how they will structure their work arrangements in the future and how it will affect employees.

Still, employers are under pressure to embrace a more flexible future, and some larger organizations seem to be listening.

At Microsoft Canada, the future is expected to be different for its more than 4,000 Canadian employees.

Gibson said that Microsoft was equipped for teleworking before COVID-19 and that some of its staff worked outside the office from time to time. But she said the pandemic saw “the overwhelming majority” working from home full time.

When the pandemic eases and the company completely resumes operations, the majority of staff will be able to work from home for at least half the time – and they do not need management approval to do so.

The technology sector is one where most jobs can be performed remotely. The people who apply for these jobs know this, and many of them want that flexibility.

Karen Agulnik, a senior account manager at Toronto-based ARES Staffing Solutions, says that hybrid has become a “buzzword”, especially in the IT sector. But other sectors have a mix of positions with varying suitability for teleworking.

Alberta’s ATB Financial has had a mix of events during the pandemic.

Staff working in branches continued to work on site – albeit with the necessary adjustments to the covid era – while staff whose roles could be performed remotely were asked to work at home.

For business team members who are still working from home, the goal is for them to spend more time in the office as soon as mid-January.

In an email, Tara Lockyer, ATB’s chief executive, said the financial institution, which employs more than 5,000, has “a strong desire” for the company’s team members to work in the office at least part of the time.

Yu-Ping Chen, an associate professor in the Department of Management at Montreal’s Concordia University, believes that there are a number of disadvantages to working from home – and in his view, they outweigh the benefits.

The negatives include distraction and fatigue resulting from long periods of work online, a blurring of the boundaries between work and home life, as well as pressure to be responsive to work demands outside office hours.

At the same time, Chen said, “employers feel a loss of control” among a redistributed, home-based workforce.

And with millions of Canadians now accustomed to working from home, it’s clear that regaining control can be a shock. from employees.

“Some of them … are just so used to working from home,” said Chen, who predicts that part of the workforce will never return to the office, even after the pandemic subsides.

Not the same at home

For Agulnik, an experienced recruiter, working from home is no problem.

But she thinks it’s a different story when it comes to educating new people, because they need more personal attention.

Younger people who are taking their first steps in a career are precisely the people that Arney works with as a coordinator for career services.

Ontario proposes legislation on the right to disconnect for workers

The Government of Ontario has proposed legislation that gives workers the right to relax and claims that it would help achieve a better work-life balance. But countries that have implemented similar policies, including France, say setting free hours did not solve the problem. 2:00

From what he has seen, the incoming recruits do not seem to have “a definite preference in one way or another” when it comes to working from home or in an office.

But they weigh the benefits of being in an office at a crucial time in their working lives.

“I think a lot of them really want those one-on-one interactions,” Arney said, noting that a lot of learning in the workplace takes place during informal, face-to-face conversations.

“But the pandemic is not over and I think they are very aware of it.”

At Klick Health, a health marketing company that employs more than 1,000 people in Canada and the United States, most employees still work from home.

That balance shifts slightly, as a limited number of employees have voluntarily returned to personal work.

Many Canadians want to continue working from home after the pandemic, but those who do, or choose a hybrid model, may find that it limits career advancement and promotion. 2:03

“More and more people are choosing to come into the office, especially to collaborate on projects,” Glenn Zujew, the company’s chief executive, told CBC News in an email.

Zujew said internal investigations have shown that at least 35 percent of Klick’s staff are not “fully ready” to return to personal work yet, while “many” want to be back in office eventually.

The company will soon launch listening sessions “to dig deeper into these areas.”

ATB Financials Lockyer said there is an insight that some work can be done better in a remote environment, while other types of work “need more collaboration and interaction.“

To that end, the company talks to its leaders and team members to understand “where the work is best done.”

At Microsoft, Gibson said that the company has heard that workers want to be able to collaborate more directly with their colleagues, but that they also want to keep their functions at a distance.

“We refer to this trend as the hybrid work paradox – where employees want the flexibility of teleworking as well as inspiration and ease of personal collaboration,” says Gibson.