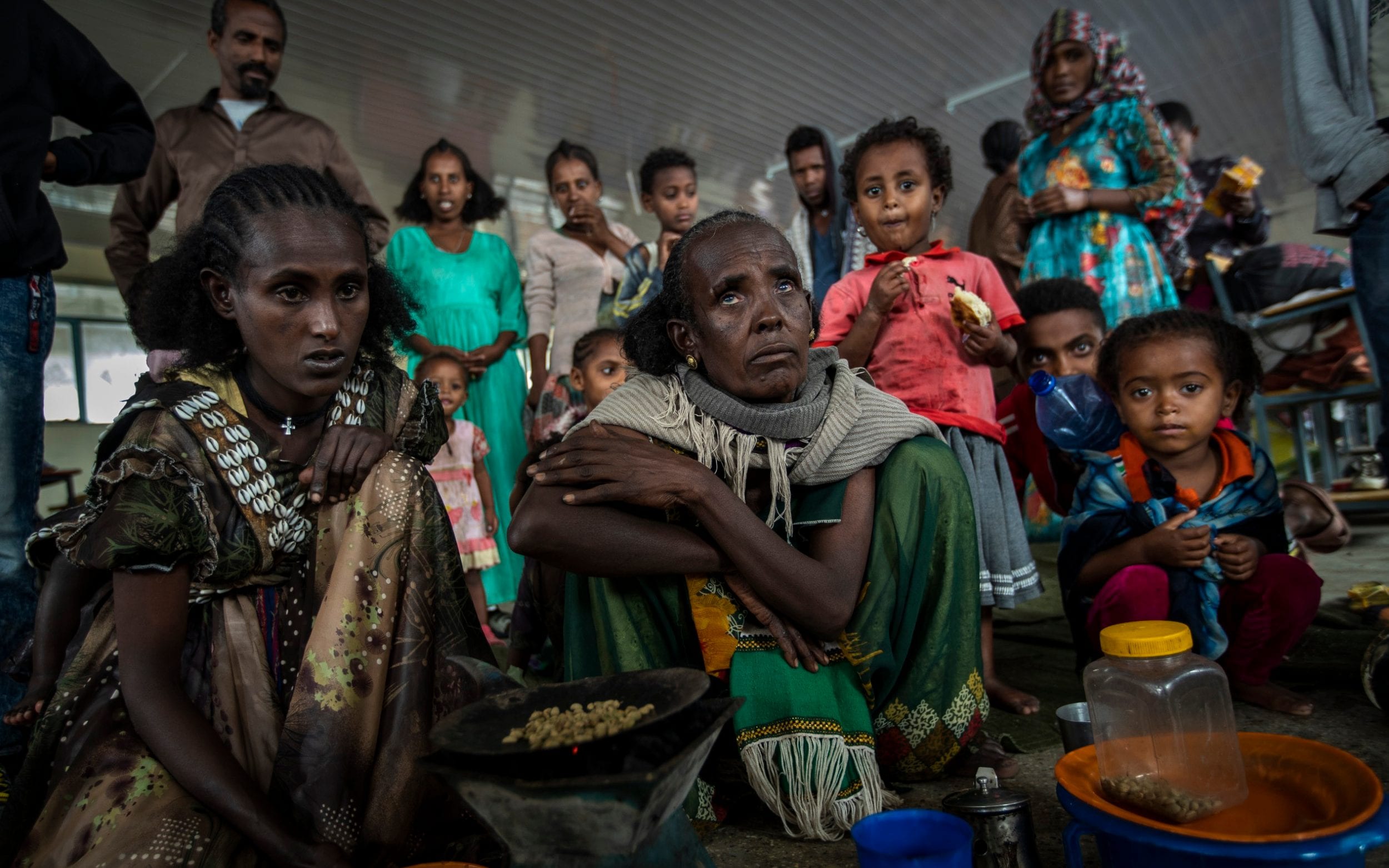 The Ethiopian Prime Minister has hinted that he could stop the international delivery of food aid to the millions of people facing hunger in Tigray to reduce diplomatic pressure on the country.

“If we’re sure there’s a thing called wheat [food aid] If Prime Minister Abiy Ahmed does not enter Ethiopia, 70 percent of Ethiopia’s problems will be resolved,” said a statement reported by state-owned Ethiopian Television.

The news reported that airstrikes hit the Tigrayan regional capital, Mekelle, during a major offensive by the Ethiopian national army to crush the rebel fighters and a de facto government aid blockade in the mountainous region.

Africa’s second most populous country arrives to end the pressure from Western countries. the terrible conflict that ravaged the northern Tigray region in the shadow of mass media cuts for almost a year.

But while Addis Ababa found itself increasingly isolated from the West and other African countries and gradually bankrupt by the conflict, it found allies in Moscow and Beijing.

Earlier this year, the head of the United Nations humanitarian agency OCHA said: Telegram he hunger was used as a weapon of war in conflicts.

In June there was a shocking turnaround in the war. Guerrilla Tigrayan rebels advanced into neighboring Amhara and Afar provinces, defeating the two largest armies in Africa from the Tigray region in northern Ethiopia.

Despite the war that displaced millions, pushed hundreds of thousands of people to the brink of famine in Tigray and killed thousands if not tens of thousands, Abiy remained adamant that a military solution was the only way out. In August he called for a mass mobilization of all able-bodied citizens.

The UN says Tigray needs about 500 trucks of life-saving assistance each week, but less than 10 percent of that has been met in the past six months. The lack of supplies is believed to be due to the blockade, harassment of drivers and fuel shortages.

“Fuel shortages, continued communications disruption and other challenges make it difficult to assess the full extent of the need. However, we are seeing rates of acute malnutrition at levels comparable to what we saw at the start of the 2011 Somalia famine.”

Last week, the UK announced it would spend an extra £29m in humanitarian aid for people affected by the conflict in northern Ethiopia. The UK has already donated more than £75m to mitigate the risk of famine, making it the second largest aid donor to Ethiopia.