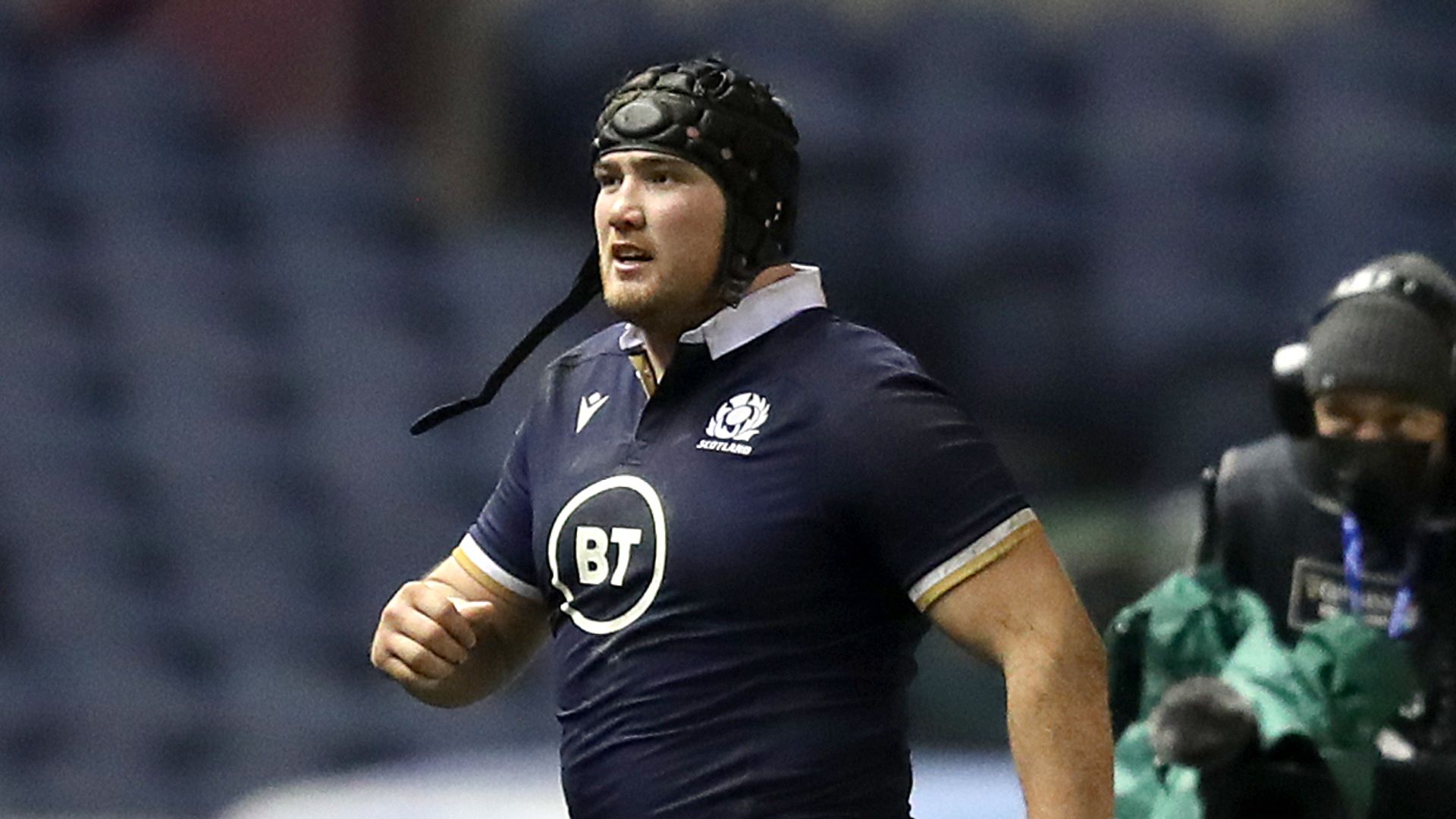 The prop was sent off 13 minutes into the second half of Scotland’s 25-24 loss at Murrayfield to Wales on Saturday, having made contact with Wyn Jones’ head when launching himself into a ruck; he will miss the Six Nations matches against France, Ireland and Italy

Scotland’s Zander Fagerson will miss the rest of the Six Nations after being handed a four-match ban following his red card against Wales.

Fagerson, 25, was sent off 13 minutes into the second half of Scotland’s 25-24 loss at Murrayfield on Saturday, having made contact with Wyn Jones’ head when launching himself into a ruck.

After the match, team-mate Hamish Watson said the call was “rubbish”, “absolutely dreadful” and “not rugby”.

However, he later retracted those statements in replying to a tweet featuring a video of him making the remarks, saying: “Poor comments from me, emotions were very high after losing a very tight match. Players’ health is paramount.”

An independent disciplinary committee has deemed the foul play warranted a six-week suspension but has reduced that by two weeks to account for mitigating factors, including the player’s admission of foul play and a good disciplinary record.

The prop will miss Six Nations matches against France, Ireland and Italy, along with one further game yet to be determined. He has the right to appeal.

Skipper Stuart Hogg has vowed there will be no repeat of the ill-discipline that cost Scotland against Wales.

Gregor Townsend’s team conceded a mere six penalties as they recorded their first victory at Twickenham in 37 years in their championship opener against England.

But they almost doubled that tally against the Welsh, allowing Wayne Pivac’s side far too many opportunities to apply pressure.

Hogg said: “It’s little things that are costing us. But the pleasing thing is we know exactly where we’re going wrong – there’s been times in the past where we’ve made mistakes and keep making them, whereas now I believe that’s a one-off in our ill-discipline.

“We’ll be much better prepared for the France game in two weeks in terms of our discipline and we’ll get excited for that challenge.”