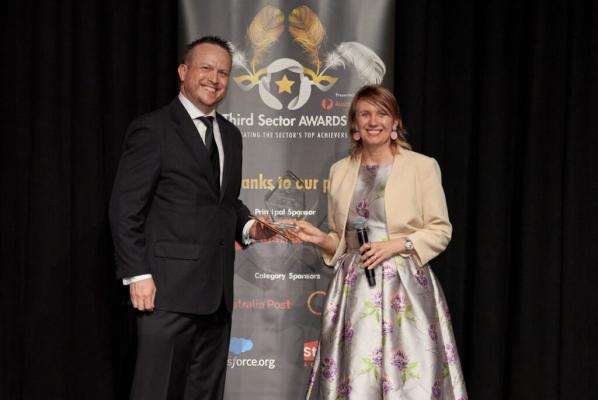 Marijke Fotia has been with Volunteer West since May 2020, but has spent her entire life in the volunteering industry.

Ms. Fotia said she did not expect to win and was happy enough to be announced as a finalist.

“I didn’t even expect to be a finalist. “Then to go to Sydney and be announced as the winner of the night was quite surprising,” he said.

As regional programs manager, Ms. Fotia oversees the organization’s program delivery and runs a volunteer engagement network for people who care for volunteers, whether in a paid role or volunteer.

“I also run some training programs for managers or coordinators of volunteers, especially when we are currently focusing on inclusion and diversity, so we are looking at how we can enable people with disabilities, people from migrant backgrounds and people of different first nations to be. background [are] He is engaged in volunteering.”

Ms. Fotia said her favorite thing about the role was meeting and connecting with volunteer practitioners.

“I think everything about the volunteers is great, but what I love to listen to is the stories of the people who supported the volunteers and the things they did,” she said.

She is very passionate about volunteering and although she is no longer involved in Migraine Australia, she still finds time to volunteer at her daughters’ school.

“Volunteering and voluntary participation has really been a part of my life for a long time.”