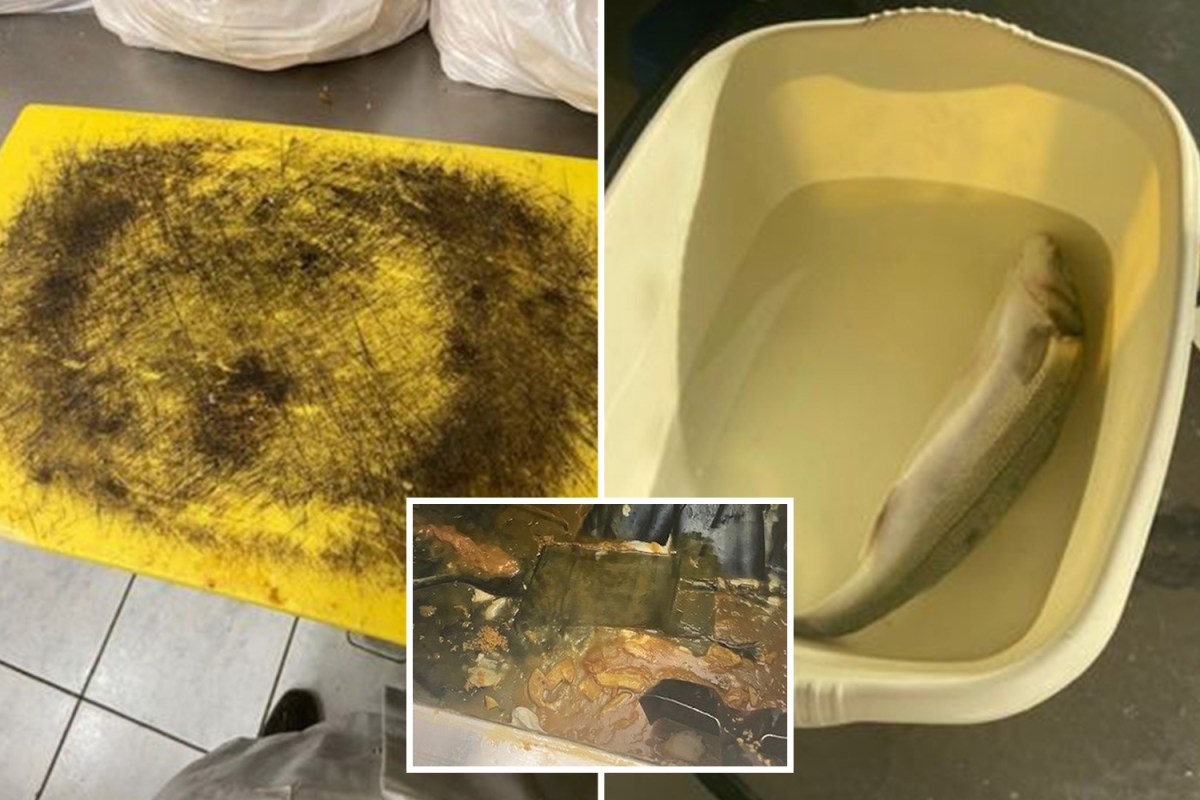 A FISH and chip shop was named and shamed after the gruesome photos revealing the facility’s dire condition.

Amy’s Fish and Chips in Darfield, South Yorkshire has been branded filthy and slapped with a zero star hygiene rating.

Horrified investigators said the chippy had “ideal conditions for the growth of food positioning bacteria.”

Cooked food was left outside to cool, and ingredients were stored on the floor of the takeaway. YorkshireLive.

Found raw fish in a dish bowl in a refrigerator that wasn’t cold enough.

Employees were allegedly unaffected by the unhygienic conditions and “little understood the risk this could pose”.

They told inspectors that their chips were “acceptable”.

While the business agreed with the Barnsley Metropolitan Borough Council’s statements, it said a number of improvements had been made since the 14 July audit.

Chippy, who had the lowest possible hygiene rating, was given a distressing report.

“Food was stored on the floor of the main cooking area and was at risk of bacterial contamination,” the inspector said.

The chopping boards in the kitchen were labeled “nasty” – one yellow plastic board was all black.

Raw meat was prepared alongside the cooked food to be given to the customers.

In the refrigerator, which was almost 8 degrees warmer than FSA recommendations, uncooked meat was stored next to cooked meat.

Raw meat was stored unpackaged in freezers where the lid of one of the chest freezers did not close properly.

Cooked rice, which can be a problem at best, was left to cool at room temperature.

Food was sometimes left in the “danger zone” after cooking.

A tray of ribs was found cooling in a hot oven, which “offers ideal conditions for food-locating bacteria.”

According to investigators, there was a “lack of general cleanliness and hand washing” on staff.

Storage containers were damaged and dirty and there was not enough cleaning product on site.

“You should not prepare food for customers who have declared a food allergy, because you cannot prepare food safely to avoid the risk of cross-contamination,” the inspector said.

The report said, “The chopping boards used in the preparation of ready-to-eat foodstuffs were found to be in a dirty condition.”

Vital thermometer probes were dirty and unused by staff who copied temperature records from previous entries.

The report added that many of the issues highlighted in the 2021 audit were also found at previous visits, and little progress had been made.

“The hygiene and safety standards outlined in this inspection are well below what was expected.”

Since the inspection, Amy’s Fish and Chips has given the FSA an update.

“The facilities have been thoroughly cleaned and procedures are in place to ensure cleanliness is maintained,” they claim.

The owner also stated that “staff has been retrained and better supervised” and “a new Food Safety Management system has been introduced”.