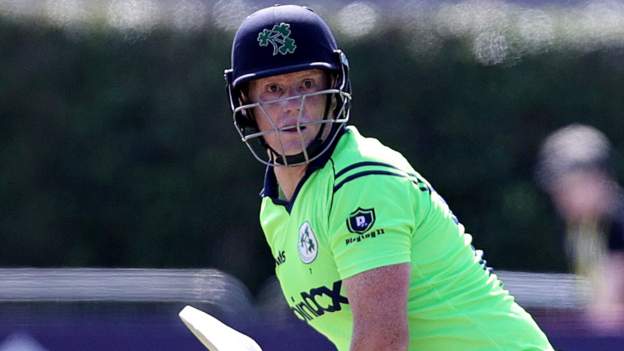 Kevin O’Brien has been left out of Ireland’s T20 squad for the upcoming series against the United States and the Caribbean.

The 37-year-old striker opened up for the team during their disappointing World Cup campaign, where they failed to qualify for the Super 12s.

Shane Getkate and William McClintock have been recalled to the 15-man squad.

In the ODI panel, there is a first call for 23-year-old play spinner Ben White, who made his T20 debut against South Africa in July.

Andrew Balbirnie will be captain in both formats during the Christmas period in the United States before traveling to the Caribbean on December 31st.

Twelve players are on both teams, with bowler Josh Little missing the T20s against the United States due to his commitments in the Lanka Premier League.

O’Brien, who retired from one-day service earlier this year, scored 39 races across Ireland’s three World Cup matches as they followed up on a win against the Netherlands with losses to Sri Lanka and Namibia.

Gareth Delany, Getkate and McClintock will exclusively play T20, while Andy McBrine, William Porterfield and Harry Tector have been selected in the ODI squad.

After the disappointing World Cup exit, Ireland have adjusted their order, with Balbirnie joining leading race scorer Paul Stirling at the top with Getkate and McClintock reintroduced further down.

“We had hoped we could have avoided the need to qualify for next year’s T20 World Cup by advancing to the Super 12 stage of the final tournament, but our early exit means our transition and succession planning horizon has been shortened. something, “said voter president Andrew White.