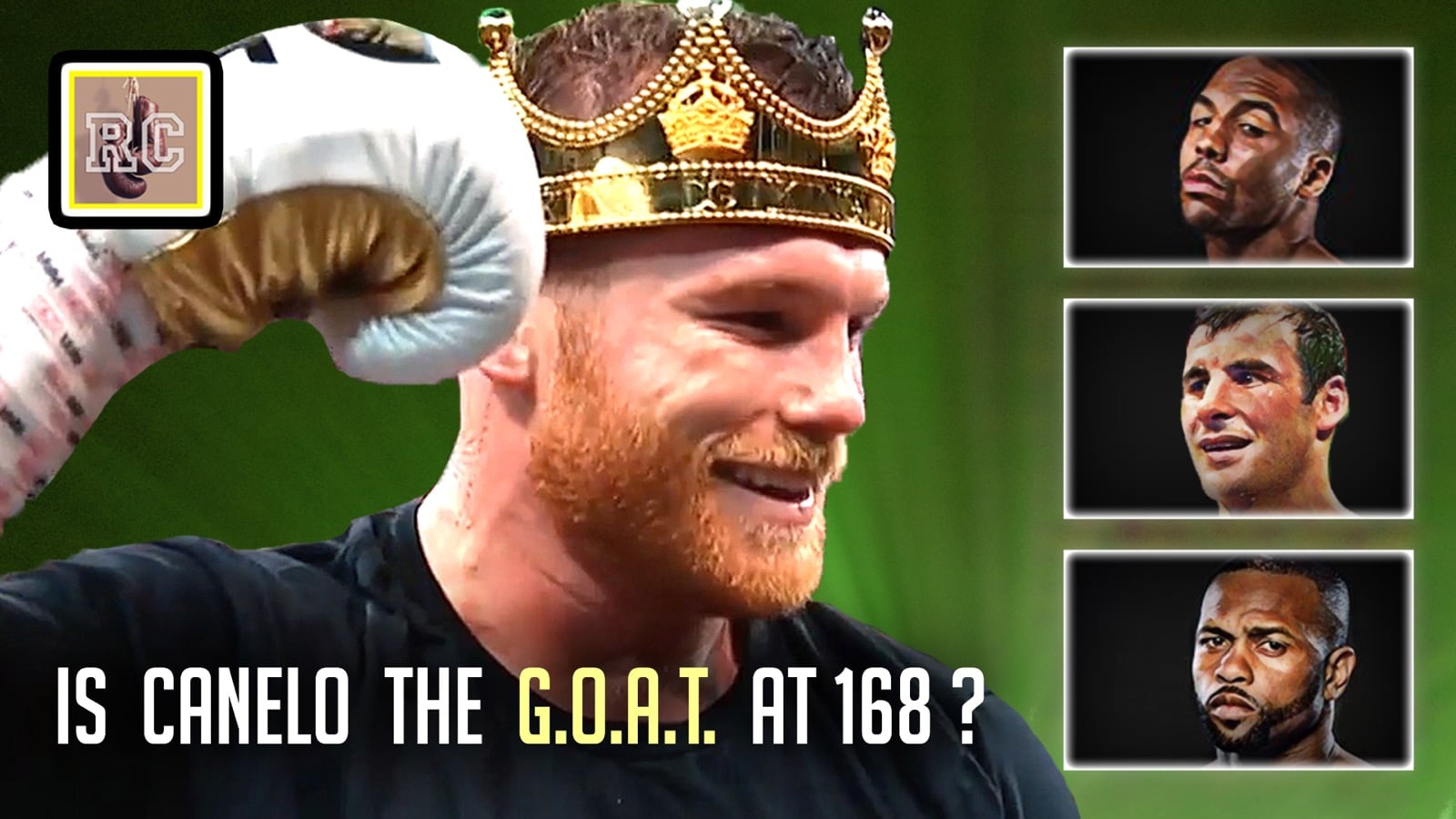 Canelo was the reigning United WBA / WBC / WBO world champion in super middleweight, and Plant had the IBF version of the belt. Canelo dropped Plant twice in round 11 and scored a technical knockout in round 11. The victory gave Canelo the unique honor of becoming the only undisputed champion in super middleweight over the short history of the relatively newer weight class.

The victory also marked Canelo as the 6th boxer in the 4-belt era to achieve undisputed recognition in any weight class. The exclusive club also includes Bernard Hopkins, Jermain Taylor, Terence Crawford, Oleksandr Usyk and most recently Josh Taylor, who received such recognition in junior welterweight earlier this year.

Although the weight class of 168 pounds is new in the big picture, and although it lacks the rich history of some of boxing’s more prestigious weight classes, there have still been some excellent boxers to have competed in and passed through the division. At first, it served as a home for overweight middleweights and less light heavyweights, but many All Time Great boxers have struggled with 168, including guys like Sugar Ray Leonard, Thomas Hearns and Roy Jones Jr. to name a few.

But the discussion of the greatest super-middleweights of all time usually focuses primarily on three names – Joe Calzaghe, Andre Ward and the aforementioned Roy Jones Jr. These are the three names that usually top the list depending on who you ask – and this assumes we exclude all the boxers who were before the weight class of 168 pounds, like Ezzard Charles and Archie Moore.

How does Canelo fare against the big 3 in Calzaghe, Ward and Jones? Canelo just achieved something that none of these three ever did, none of them became THE undisputed champion in super middleweight. This raises the question …

Is Canelo Alvarez the greatest super middleweight ever?

This edition of Rummy’s Corner will try to answer that question while taking a quick look at the 168 pounds that Roy Jones, Joe Calzaghe, Andre Ward and of course the man of the time – Canelo Alvarez himself, have. For a man’s opinion, watch and enjoy the video.