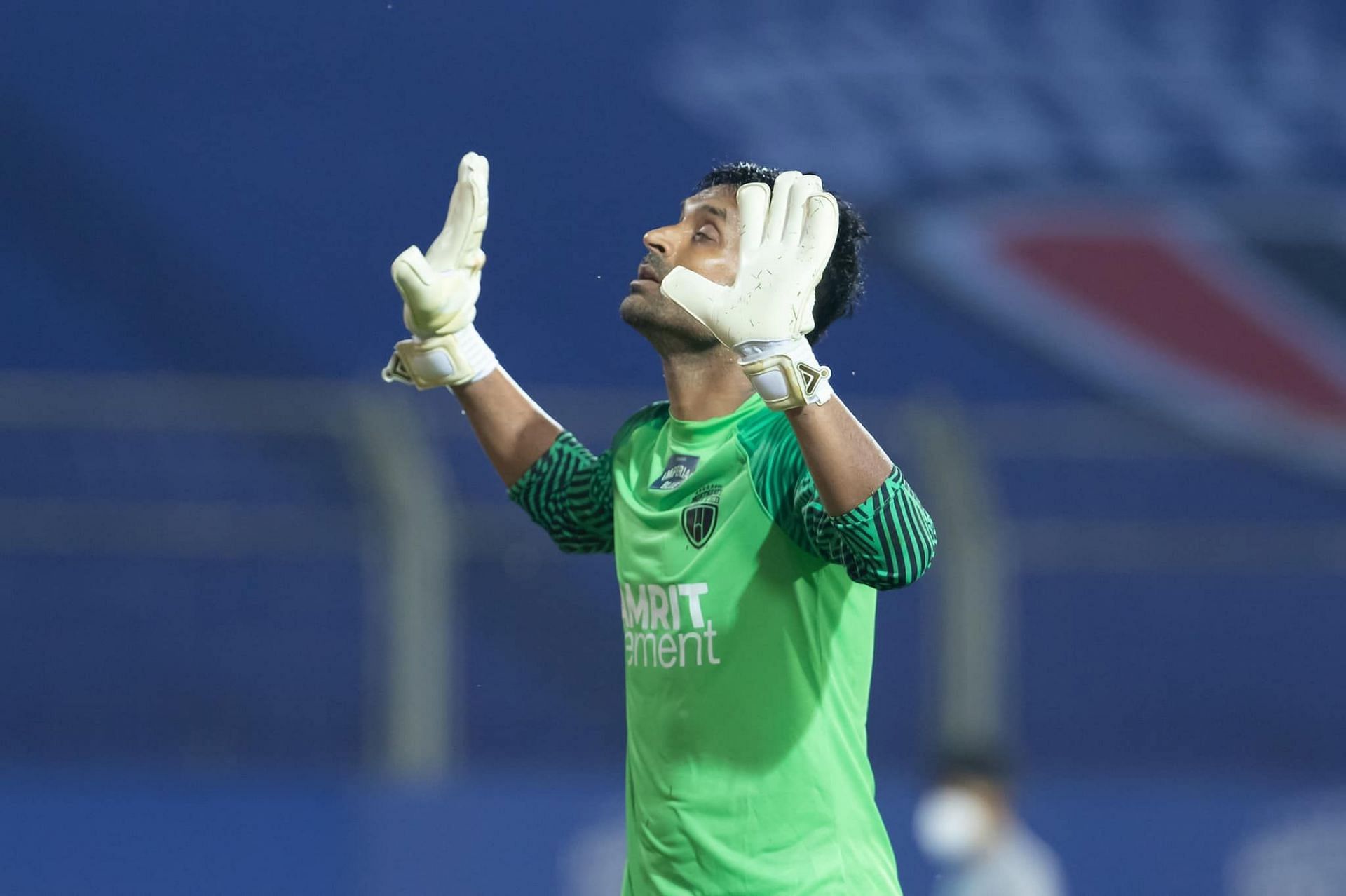 NorthEast United FC played against the Kerala Blasters in the second match of the ISL 2021-22 season. It ended in a draw.

Unfortunately, neither team has had the best start to the ISL season. They lost their opening match 4-2 against their opponents Bengaluru FC and ATK Mohun Bagan respectively.

The Highlanders and Kerala Blasters both approached the match with the motive of getting three points from the match. They would have sought to bury the ghosts from the opening match.

Both teams took a safer approach as they made sure they did not cash in first. The match developed into a cagey affair where neither team could hold on to the ball.

The Kerala Blasters had the best chance of the first half. But Jorge Pereyra Diaz missed a golden opportunity to score in the 37th minute with only Subhashish goalkeeper Roy Chowdhury to strike.

The second half started in the same way as the first half. Kerala’s Sahal Abdul Samad missed a penalty 51 minutes into the match, much to the crowd’s displeasure. He skewed his shot past with an open goal with the goalkeeper to strike in front of him.

NorthEast United did not have many attacking features to show in today’s match.

Subhasish Roy Chowdhury made an amazing save in the dying moments of the game to deny the Kerala Blasters victory.

Let’s take a look at four things we learned from today’s game.

# 4 Two foreign defenders do the trick for NorthEast United FC

One of the traits of most Khalid Jamil-trained teams has been a solid defense. In the first match, NorthEast United FC lined up an all-Indian defensive backline. The move backfired as the team conceded four goals, including an own goal.

Hernan Santana was awarded the Man of the Match for his performance in defense.

The reduced number of foreigners in the playing XI has hampered all teams in the ISL. While some have adapted to the rule change, others find it quite challenging to create a proper balance.

The Kerala Blasters tried to make some passes and created openings, while their opponents did not.

# 2 The Kerala Blasters are to blame for the draw

The Kerala Blasters scored two goals in their defeat against ATK Mohun Bagan. Both goals were well-drawn goals.

The Kerala Blasters had two brilliant chances to score against NorthEast United, but wasted them.

Jorge Pereyra Diaz missed an excellent opportunity to score in the first half.

In the second half, Sahal Abdul Samad was guilty of wasting the best opportunity of the match. Sahal were completely alone and had only the goalkeeper to beat. But he tried to take the chance with his first touch and made a mess in a brilliant situation.

It is safe to say that the Kerala Blasters lost two points today.

Federico Gallego is the best player ever to play for NorthEast United FC. However, he was not in their first match and also missed the match today. It is clear that NorthEast United do not want to use Gallego until he is in full form.

His absence is one of the main reasons why NorthEast United’s midfield has been underperforming. Khalid Jamil will hope his primary playmaker is in shape soon, otherwise NorthEast United FC will have a tough time this season.