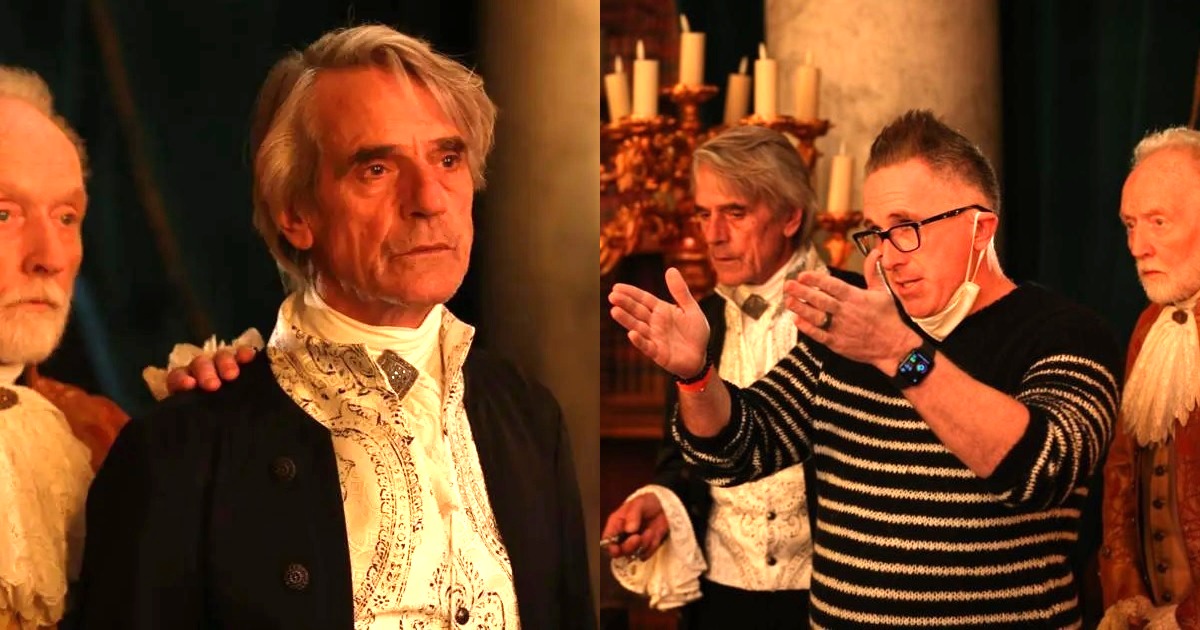 Last week, we heard that genre of filmmaking Darren Lynn Bousman had production wound up The Cello, a horror film that was secretly shot in Saudi Arabia and the Czech Republic. The Movie Stars Jeremy Irons (Dead Ringers) and Tobin Bell (den Saw franchise), an Deadline shared some pictures showing Irons, Bell, and Bousman on set. These pictures can be seen below.

The Cello was written by Turki Al Alshikh, President of the General Authority for Entertainment in Saudi Arabia, and is based on his first novel, published earlier this year. The story is told through a mixture of English and Arabic and focuses on

an aspiring cellist who learns that the cost of his brand new cello is far more addictive than he first thought.

Irons and Bell joined the cast of Samer Ismail (The Day I Lost My Shadow) and Elham Ali (Aschman).

The Cello was produced by Lee Nelson of Envision Media Art. Executive producers include Sultan Al Muheisen and Niko Ruokosuo of Alamiya and David Tish of Envision Media Arts. Raul Talwar is an Associate Producer. Rozam Media handled the funding and held all rights to the film.

Bousman made the following statement about the project:

I was blessed to have many adventures in my filmmaking career. No one has compared to the production of Cello. I was able to break through the globe, and work with an international crew and crew. I am excited to see the world this horrible story from the mind of Turkey Al Alshikh and am humbled to have a small part in its creation.

Bousman’s previous film was Spiral: From the book Saw (look at that HEI). We will notify you if there is any release information to report The Cello. The film is currently in post-production, with Harvey Rosenstock editing and Joseph Bishara composing the score.