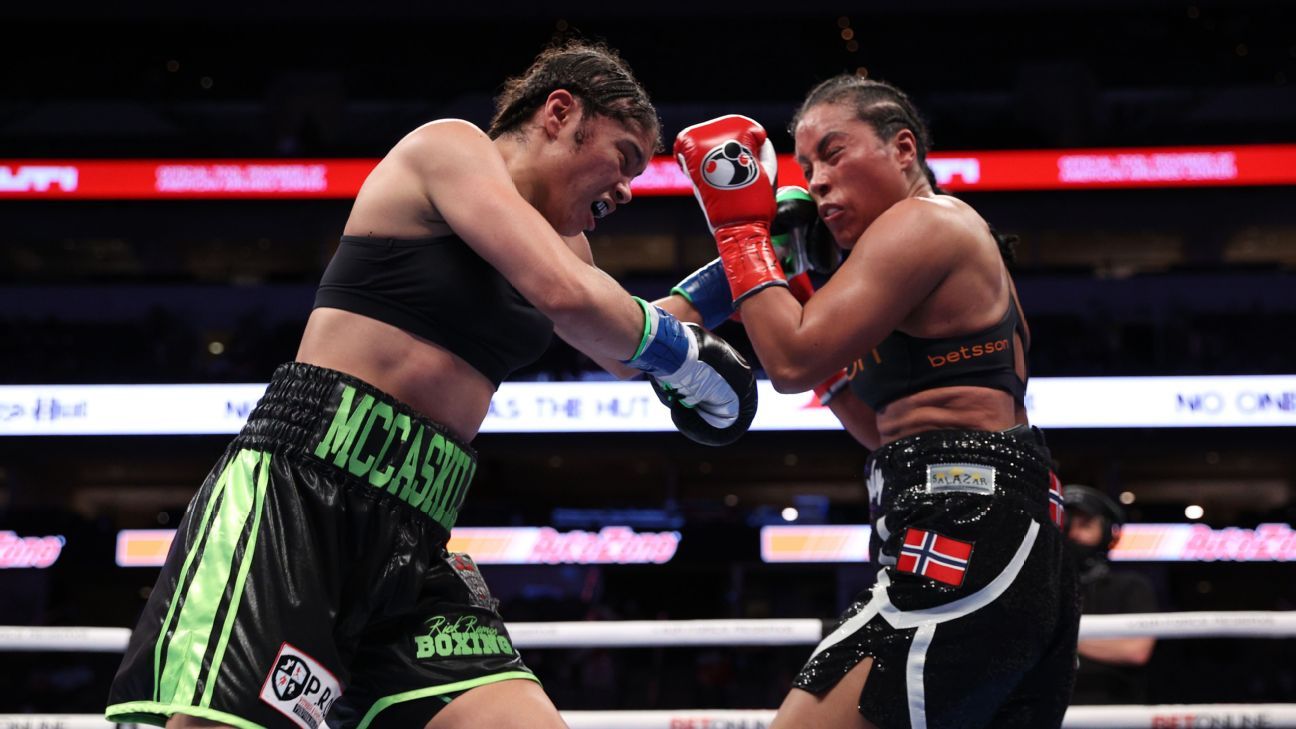 Undefeated welterweight champion Jessica McCaskill returns to the ring to defend her titles on December 4 against Victoria Bustos as part of the Devin Haney-Joseph Diaz undercard in Las Vegas.

The 37-year-old McCaskill (10-2, 3 KO), ESPN’s No. 4 pound-for-pound female fighter, had beaten Braekhus for the welterweight titles in 2020 and then won the rematch in March. The last non-Braekhus fighter she faced was Erica Farias, whom she beat by majority decision in 2019.

Bustos (22-6), who once held the IBF lightweight and light welterweight titles, struggled in late October when she won a majority decision over Yamila Esther Reynoso. Braekhus beat Bustos in November 2019, her last win before losing to McCaskill. Bustos has also fought – and lost to – Katie Taylor and Farias in his career in title shots.

“We have a tough test ahead of us in Victoria,” McCaskill said in a press release. “She’s a great fighter and she’s been with everyone, but I’m convinced I will keep my belts and we will move on to more great fights in 2022.”