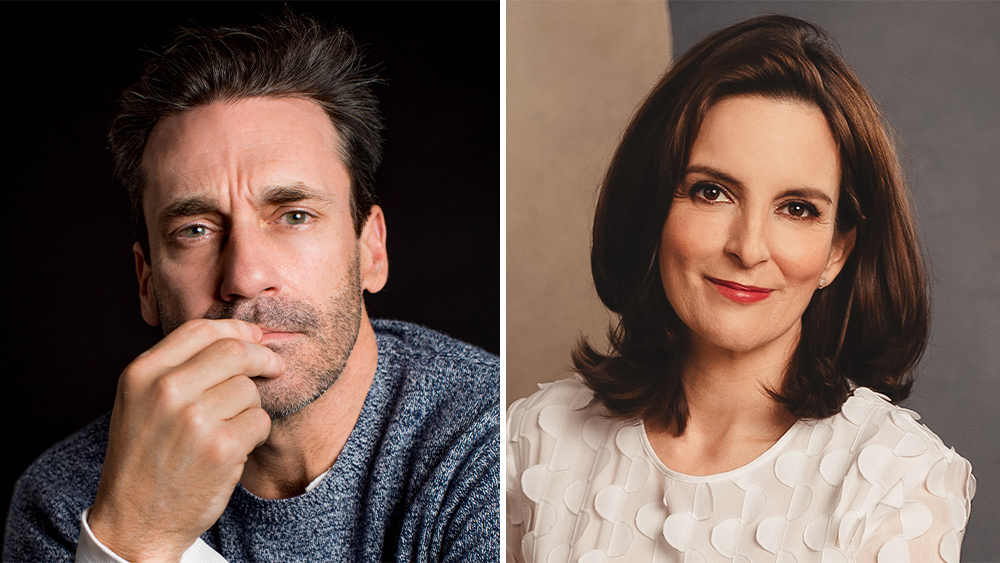 The black comedy also reps the reteaming of Hamm and Fey, the former who has starred on two of her series: in seven episodes of 30 Rock playing the characters of Abner, Dr. Drew Baird and David Brinkley; and as cult leader Richard Wayne Gary Wayne in 13 episodes of Netflix’s Unbreakable Kimmy Schmidt.

Maggie Moore(s) takes place in a dusty desert town where nothing ever happens, as a police chief is suddenly faced with the back to back murders of two women with the same name.

Two-time Golden Globe winner and Primetime Emmy winner Hamm counts 16 Emmy nominations, four of them from working on Fey series. Next up for Hamm is Paramount/Skydance’s Top Gun Maverick. His feature credits include Wild Mountain Thyme, Richard Jewell, Baby Driver, and The Day the Earth Stood Still. Slattery guest starred on Fey’s 30 Rock as Steve Austin in the episode Brooklyn Without Limits and also starred on the Amazon series Modern Love with her.

Fey is returning to co-host the Golden Globes this Sunday with Amy Poehler. Fey recently starred in Disney/Pixar’s Soul, as well as Poehler’s Netflix comedy Wine Country. Her feature credits include Whiskey Tango Foxtrot, Sisters, Muppets Most Wanted, Date Night, and Mean Girls, which she wrote and also turned into a 12-Tony-nominated Broadway musical with husband composer Jeff Richmond on music, and Nell Benjamin on lyrics.

Woods produced such global blockbusters as Scream and 1998’s Godzilla as well as Rudy, Swingers, Copland, Kids and Gummo. Newman produced the comedy blockbuster We’re The Millers, A Man Apart and Red Dawn.