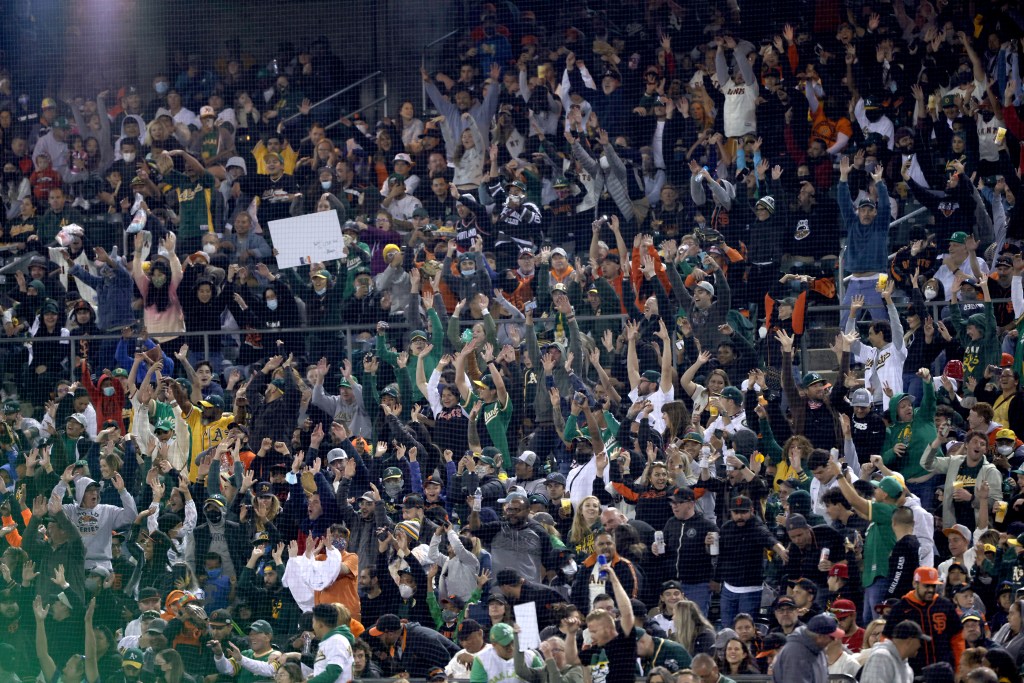 “Krazy George” Henderson is beating the drums this week about a major milestone coming up: the 40th anniversary of Wave, the stadium phenomenon where the professional cheerleader who turned teacher into sports history with delight (and sometimes with a roll of eyes) kicked off fans around the world.

“The wave connects fans. That makes them part of the team,” said Henderson. “This is what makes Wave so special. It visually shows players that you love them. That’s why Wave traveled the world in stadiums.”

As part of their anniversary celebration, Henderson invited fans to record Wave on their own or with a group and share it on social media or post it on its Facebook page. www.facebook.com/krazygeorge00.

For anyone who hasn’t watched a live sporting event in the last forty years, The Wave is a visual spectacle created by fans standing up and sitting in unison, part by part. Henderson — a former high school teacher who turned cheerleader into a second career when the San Jose Earthquakes hit in 1974 — began on October 15, 1981, in a playoff game between the New York Yankees and the Oakland A’s, and has been going ever since. .

“The impact he had on Oakland A’s game that day – his first time in front of a large crowd – was pretty dramatic for me,” he said. “When that wave came up and all three decks were doing it after the fourth attempt, it was something to see.”

This game was first spotted by TV cameras, but Henderson had fans waving at Colorado Rockies hockey games at least a year ago. But once people saw it, they quickly caught on – it was even featured in ’80s movies like “Field of Dreams” and “When Harry Met Sally.”

Krazy George will celebrate their 40th anniversary Friday night in San Jose State’s 7:30pm homecoming game against San Diego State at CEFCU Stadium. And of course, he says he’ll start an anniversary wave during the game.

The biggest challenge for this? The east stands at CEFCU Stadium have been removed to make room for the construction of a new Football Operations Center – meaning Wave must jump from the end zone to the finish zone. If anyone can do that, it’s Krazy George.

Like any inventor, Henderson takes pride in his creation and embraces it as a legacy.

“I really like the idea that he’s going to live longer than me,” she said. “He will never die. Someone will do it somewhere.”

ADVANCED PAYMENT: As Santa Clara County Superintendent, Larry Stone has been awarded County Administrator Jeff Smith’s recently announced $2,500 “hero pay” bonuses for county employees in recognition of their work during the COVID-19 pandemic—but not worth a penny of it.

Stone wrote in a letter to Smith last week that he plans to donate to nonprofits, half to affordable housing agencies, and the other half to arts organizations that have suffered from the county’s “shelter” orders last year. But Stone said he also supports the state’s effort to reward its 22,000 employees with $76 million from the federal American Recovery Plan Act.

“Leadership during the COVID-19 crisis has been tough with the controversy surrounding nearly every decision,” he wrote. “However, this decision is probably one of the most rewarding decisions you’ve made during this crisis, as a way to recognize and reward the hard work of employees.”

WALKING RIGHT: Stroll The Alameda, which was on hiatus last year due to the pandemic, returns this Sunday to showcase businesses and restaurants just west of downtown San Jose. Hosted by the Shasta Hanchett Park Neighborhood Association, the event runs from 14:00 to 17:00 and includes many free, family-friendly fun and activities. However, those aged 21 and over can purchase tickets to taste local wines and beers served at merchants along the route.

You can buy tickets and get more information at. www.shpna.org/2021-strol-the-alameda., and tickets can be purchased or purchased at Park Avenue Preschool, 1080 The Alameda from 1:30pm on Sunday.