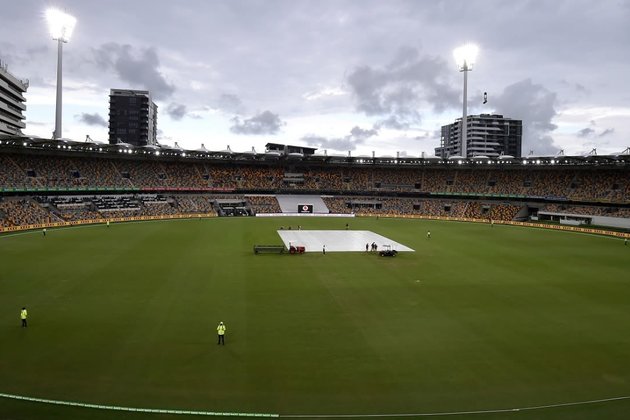 Experts warn to expect more than the usual afternoon thunderstorms in Brisbane, as rare weather conditions threaten to disrupt the Ashes buildup and the first Test itself for both Australia and England.

The game was interrupted without a ball on the second day of the three-day match between England v England Lions at Peter Burge Oval in the seaside suburb of Wellington Point on Wednesday.

While only 29 vaccines were available on Tuesday, starters Rory Burns (39 out) and Haseeb Hameed (53 out) had no problem bringing England to 0 with a score of 98. About 90mm of rain fell between Tuesday afternoon and Wednesday morning and there is some expectation. More to see that the third day is over.

There’s only one more round game ahead of England’s December 8 Ashes opening at the Gabba, and all-round star Ben Stokes is desperate to spend time in the middle to prioritize his mental health after nearly five months into the game.

Australia’s Test hopefuls are gearing up to battle for the final spots in the Test XI at Peter Burge Oval in a three-day in-house match starting Wednesday next week.

“You can no longer set your watch for the 3 p.m. Brisbane storm; they come morning, day and night,” Ms Reid told AAP, nodding to the severe but short afternoon storms that often plague the Gabba Tests. “The weather is already wet and will stay wet for the next few days. Rain this much is rare and that’s why we noticed this La Nina thing.”

The prospect of Australia not playing in the in-squad match isn’t helping goalkeeper Tim Paine’s cause as he tries to prove his form and hold his ground despite the text messaging scandal that prompted him to resign as captain.

Also, selectors will not be given one last chance to observe batsman Usman Khawaja and Travis Head vying to occupy 5th place. The test itself may also be plagued by the uncharacteristic persistent rain, but Australian opener Marcus Harris sees the lighter side.

“I saw someone say somewhere that Jimmy Anderson brought the rain with him. He certainly did,” he said. “[But] This time last year, as it was COVID, I only played a few Shield games, I was on the Test team at the time.

“It’s been tough getting the cricket amount for us guys from Victoria and NSW, but after playing county cricket all winter, a few Shield games – I’ve definitely played a lot of cricket so I’ll be ready to go.”