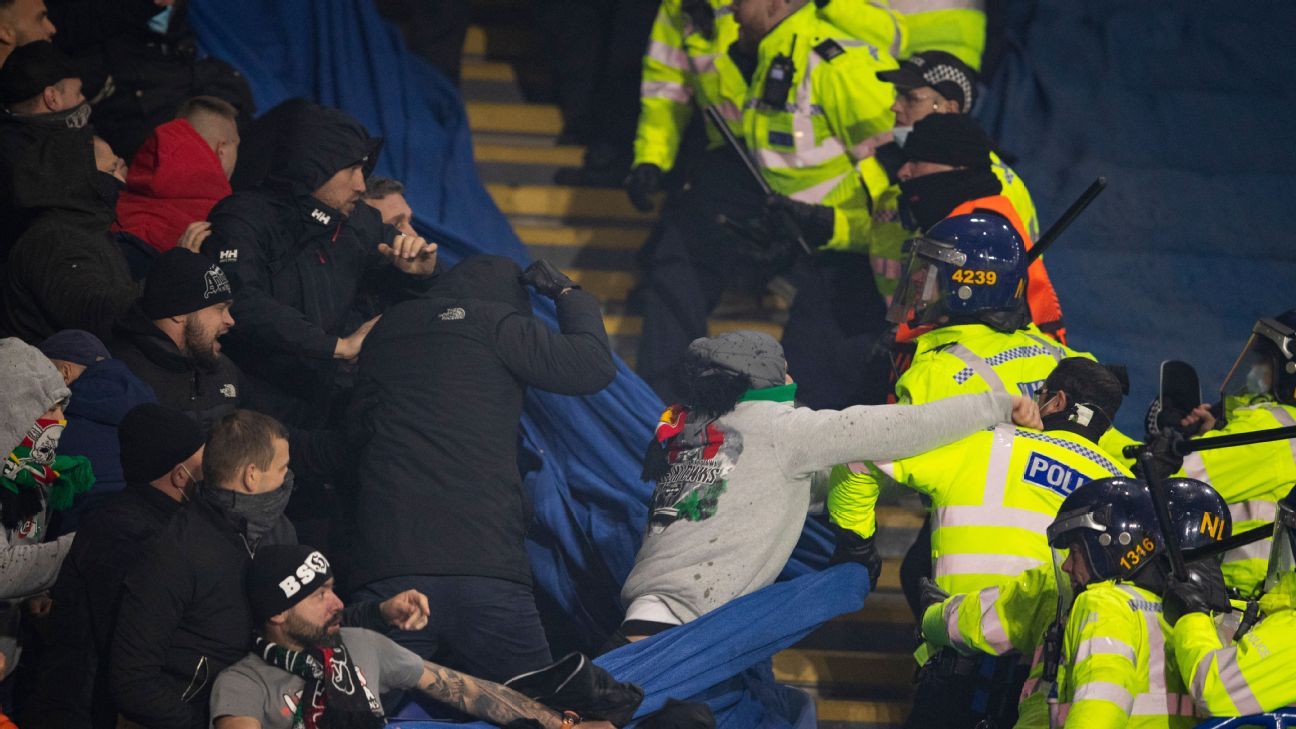 Eleven police officers were injured and eight arrests were made during clashes with outside supporters who marred Leicester City’s home game against Legia Warsaw in the Europa League on Thursday, Leicestershire police said.

Officers responded to an incident after away fans lit a torch in the second half at King Power Stadium as they crossed the dividing line between the home and away sections.

It sparked a brawl between police and Legia Warsaw fans as officers tried to break into the away side and Leicestershire police have confirmed that two officers were subsequently treated at the hospital for their injuries.

One officer was treated for concussion while the other suffered a wrist fracture.

All the detainees remain in custody from Friday morning, police said, while there were also a “large number” of expulsions from the stadium during the match.

The away supporters were kept in the ground full-time and there were no further incidents following the 3-1 victory over Leicester.

Julia Debenham, assistant chief of staff for Leicestershire Police, said the clashes would be the subject of an investigation.

“While I’m glad our officers responded well and managed to limit the away fans in their section and minimize contact between them and the home crowd, it’s extremely disappointing that a number of fans behaved as they did and eleven officers were injured during the fight. incident, “said Debanham.

“This kind of behavior is not acceptable and we will fully investigate the incident to bring these offenders to justice.”