“Why do you look so stressed?” Sky Cinema in the UK has revealed a trailer for Aisha, an emotional drama from Irish filmmaker Frank Berry. This is premiering soon at the London Film Festival after first showing at the Tribeca Film Festival earlier this year. While caught for years in Ireland’s immigration system, Aisha Osagie develops a close friendship with former prisoner Conor Healy. This friendship soon looks to be short lived as Aisha’s future in Ireland comes under threat. Letitia Wright (also seen in The Silent Twins and Wakanda Forever this year) stars as Aisha Osagie, with Josh O’Connor, Ruth McCabe, Emmet Byrne, Joanne Crawford, Geraldine McAlinden, Tara Flynn, Joseph Palmer, and Abdul Alshareef. I’m glad they make films like this because people really need to see how horrible most immigration systems are, and how they treat people so poorly, despite a belief it’s the “right way”. This looks like a very powerful film. 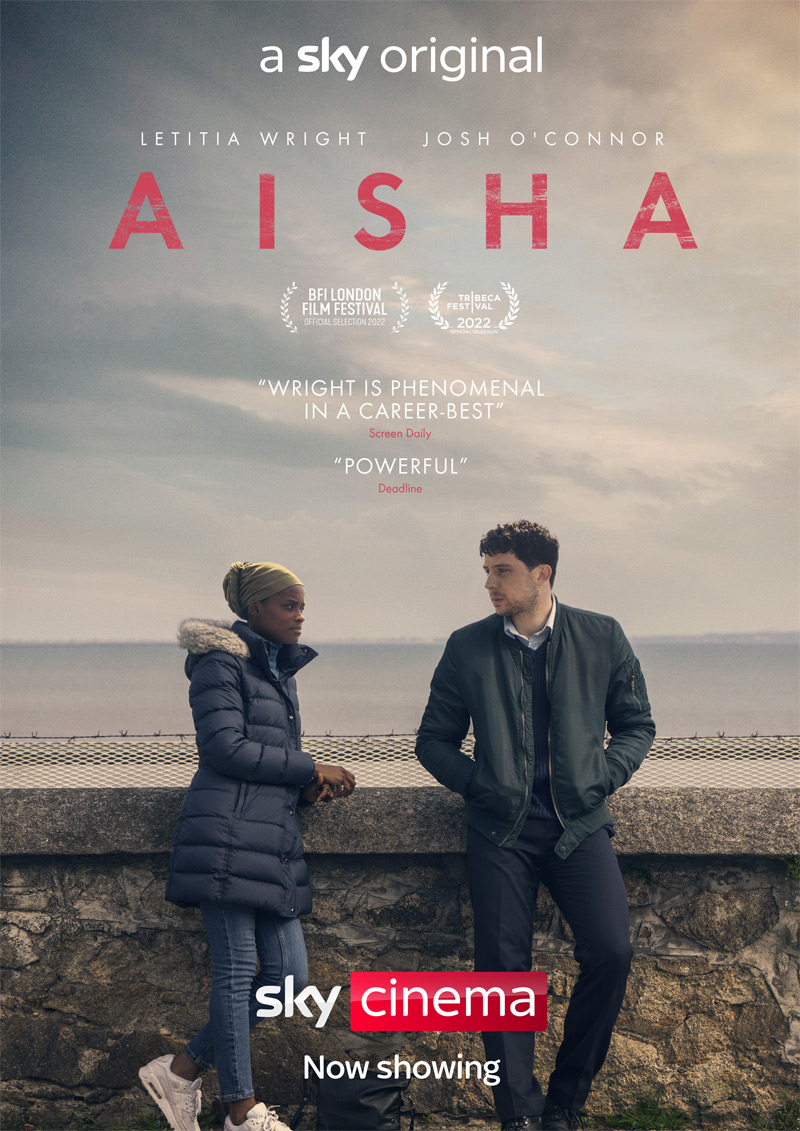 Aisha (Letitia Wright), a young Nigerian woman seeking asylum in Ireland, is floundering in a maze of social services and bureaucracy. Alone and unwilling to sacrifice her dignity to satisfy the demands of the authorities, she finds an ally in Conor (Josh O’Connor), an employee at her residence home, a local young man with a troubled past of his own. Together they struggle to maintain their tender friendship in the face of Aisha’s increasingly dire predicament and her rapidly diminishing options. Aisha is both written and directed by Irish filmmaker Frank Berry, director of the movie I Used to Live Here and Michael Inside previously. Produced by Sam Bisbee, Donna Eperon, Tristan Lynch, Aoife O’Sullivan. This first premiered at the 2022 Tribeca Film Festival, and is also playing at the London Film Festival. This Sky Original film will debut in UK cinemas and streaming on Sky Cinema starting on November 17th, 2022. Who’s interested?