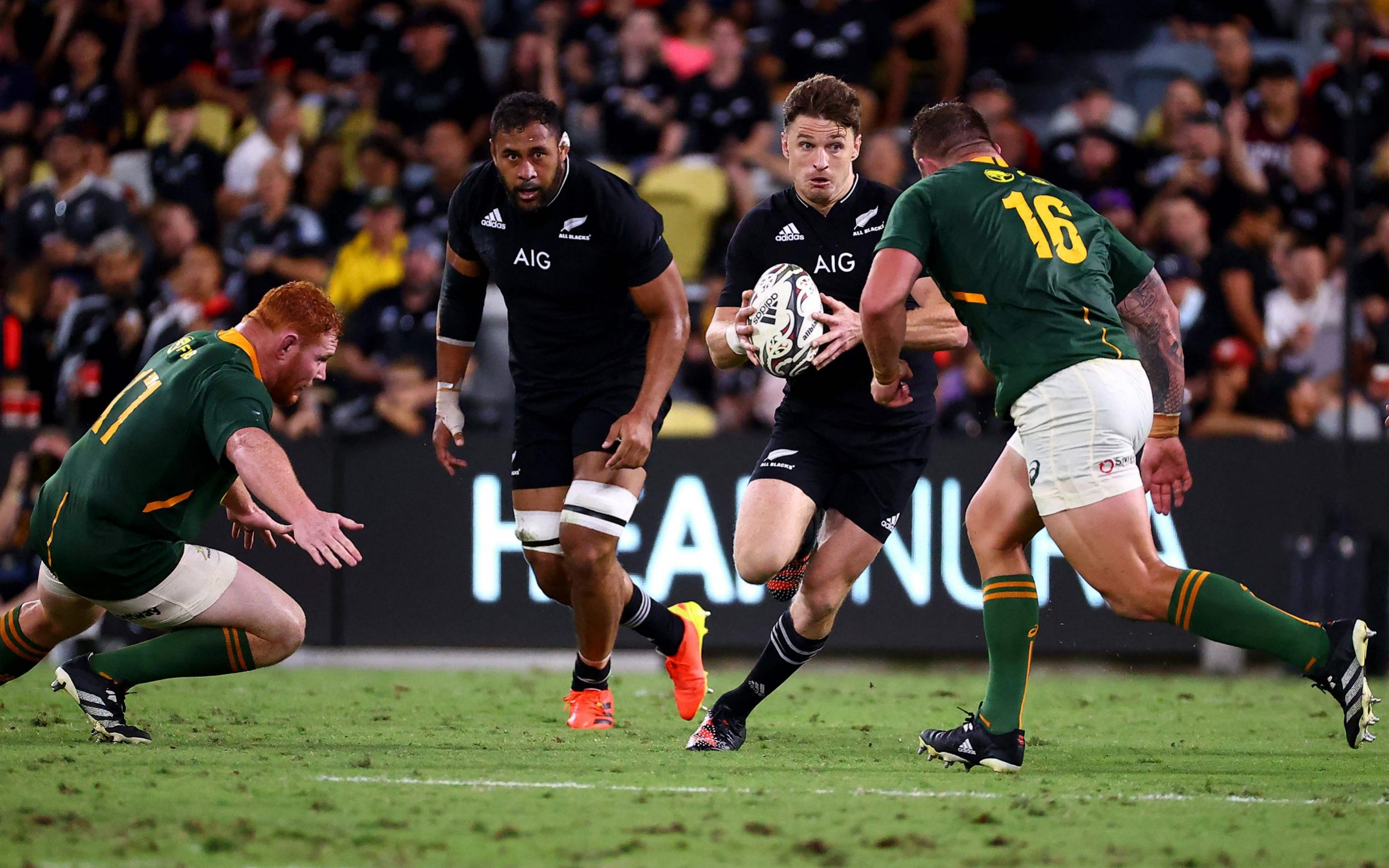 Lienert-Brown is in the outer center pushing Rieko Ioane to the flanks and George Bridge is out of week 23 for the shootout on the Gold Coast.

Mo’unga, who had to isolate for two weeks under Covid-19 protocols after arriving in Australia late, is relieved from the bench and Beauden Barrett is giving up the number 10 jersey.

Coach Ian Foster made no changes to the squad as New Zealand beat South Africa 19-17 in Townsville last week and finished the title with a reserve game.

Foster was dissatisfied with the performance of his three backs against the Springboks and cut winger Will Jordan and Bridge from game 23 on day 23.

“I think our back three were maybe not at the level we needed last week. So that’s a clear message,” he said.

Brad Weber was promoted to the starting halftime half, and TJ Perenara fell on the bench as the All Blacks tried to finish the competition unbeaten.

Asafo Aumua arrives as the backup prostitute, and George Bower arrives for Karl Tu’inukuafe in the bench.

“We didn’t take care of the ball as well as we could have and some of our work on the field wasn’t as good as we’d like.

“We need to improve our performance in that area and the team wants to get it right this weekend.”

Although the Springboks lost the assistant coach last week, de Bruin wasn’t too down after their third straight defeat and believes the world champions can punish the All Blacks by making some tactical changes. “We have guys to really hit them,” De Bruin said.

“I don’t think he’s the strongest side of the All Blacks anymore. They’ve had cuts, Aaron Smith isn’t playing, they’re not playing very well, we pumped them off offense often. So for me it’s a team that we can take apart by just adding that component while it’s on.”