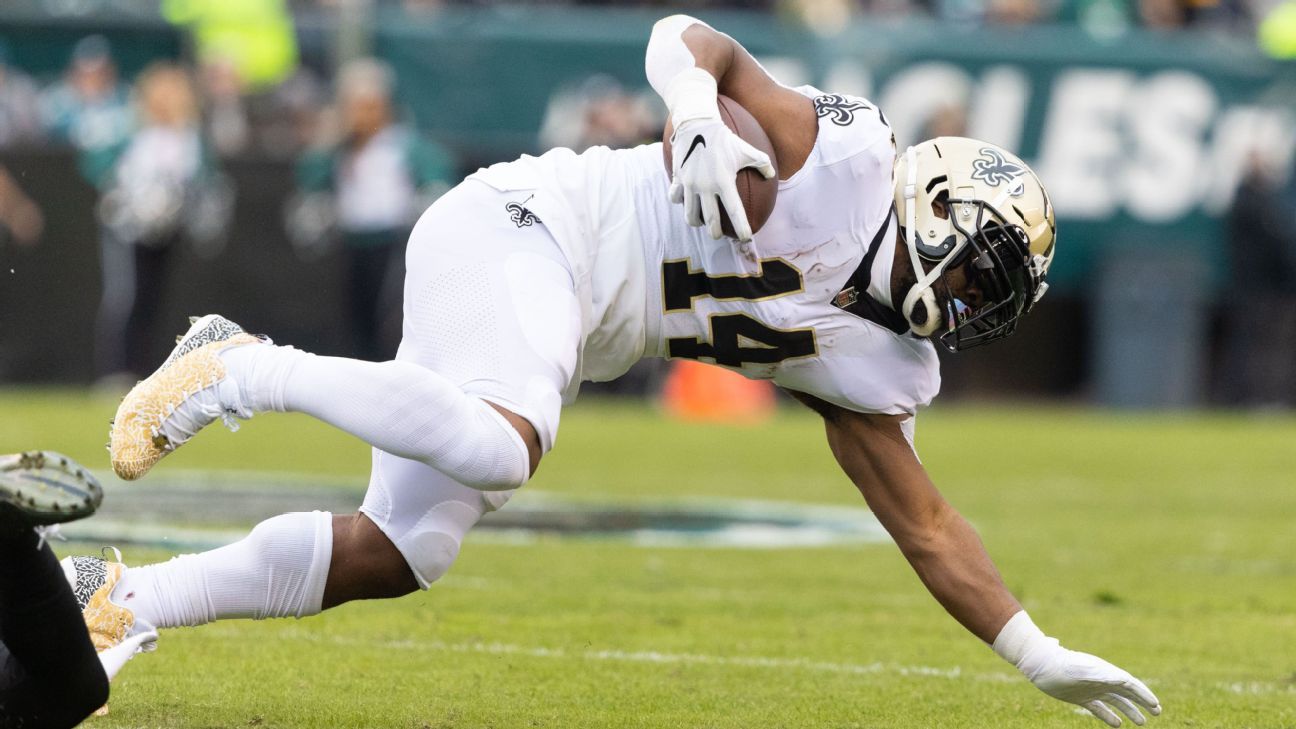 Ingram was listed as questionable with a knee injury while Moss was a healthy scraper.

Ingram’s absence is another significant blow to New Orleans’ exhausted offensive, as backfielder Alvin Kamara was already ruled out on Wednesday with his own knee injury.

Second-year pro Tony Jones Jr. will likely serve as the Saints’ leading runner, with veteran RB / WR Ty Montgomery II among those helping carry the burden. However, it is unclear whether the Saints will use quarterback Taysom Hill as part of their running game as he is their only active backup QB (Ian Book was a healthy scraper).

Kamara has now missed three games with his knee injury, but he is expected to return soon and was never placed on the injured reserve. Ingram should also not stand in the long run as he was able to train on a limited basis on Wednesday before he was eventually ruled out.

Jones (5-foot-11, 224 pounds) joined the Saints as an exhausted rookie from Notre Dame last year and got a spot on their 53-man roster this season ahead of veteran Latavius ​​Murray. However, he has only played in five games this season due to an ankle injury he sustained in week 4. He has 25 careers at 92 yards and four career receptions at 10 yards with zero touchdowns.

The Saints (5-5) have also previously ruled out starting right tackle Ryan Ramczyk and defensive ends Marcus Davenport and Tanoh Kpassagnon with injuries earlier in the week, and they placed starting tight-end Adam Trautman on injured reserve.

Moss, meanwhile, is inactive in part due to recent success with running back Matt Breida, who had eight carries on 79 yards and two total touchdowns in the last two games. Wide receiver / kick returner Isaiah McKenzie is also inactive for the first time this season as a healthy scratch. Rookie receiver Marquez Stevenson is expected to return points and kickoffs in his NFL debut after coming off the injured reserve this week.