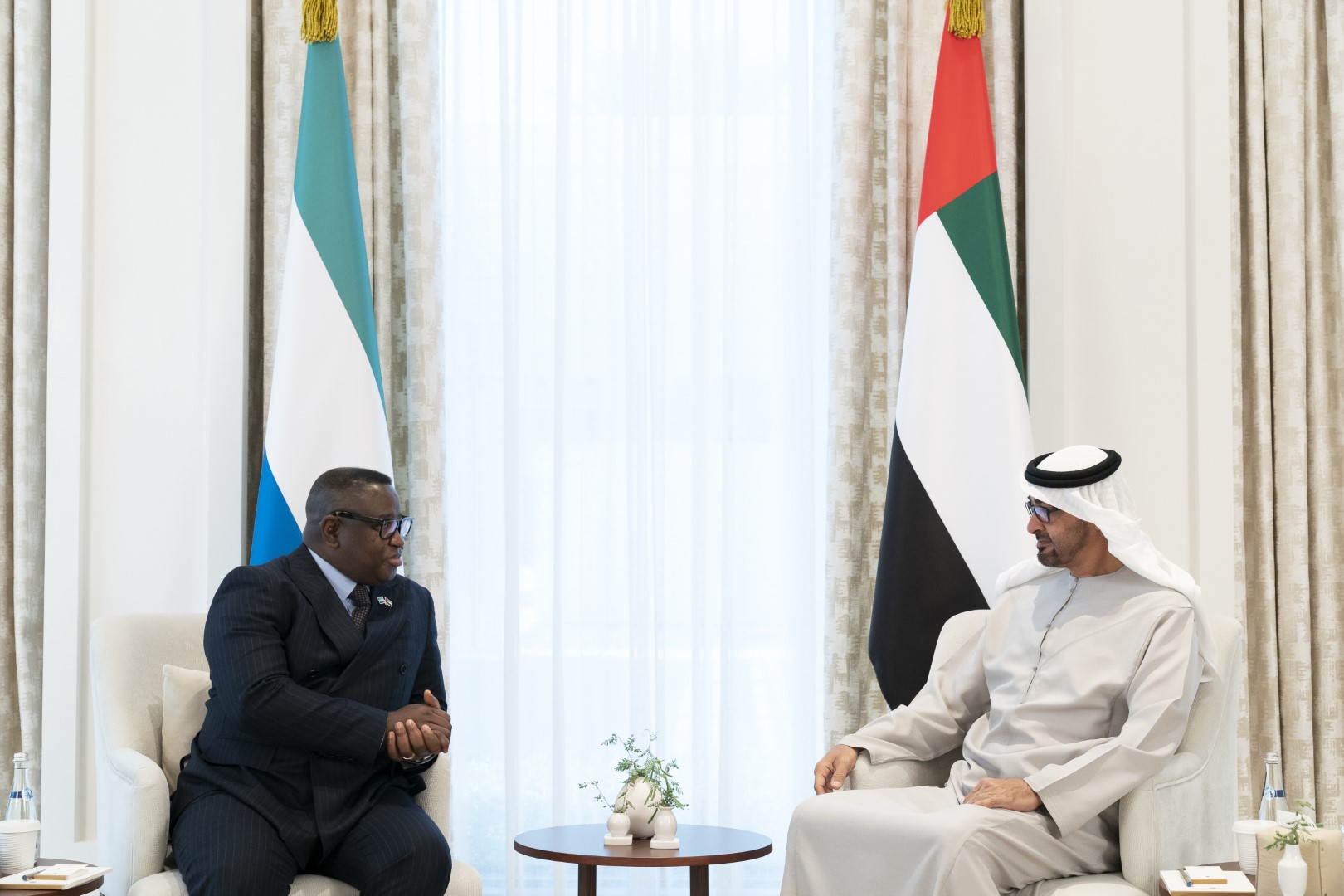 His Highness welcomed the guest president and wished him a pleasant stay in the United Arab Emirates. He conveyed to him greetings from His Highness Sheikh Khalifa bin Zayed Al Nahyan, President of the State, “May God protect him” and his wishes for the Republic of Sierra Leone and its friendly people further progress and prosperity.

During the meeting, which took place at the Beach Palace, His Highness and the President of Sierra Leone discussed friendships and various aspects of cooperation, especially in the areas of investment, economics, trade and development and the importance of their development and diversification in a way that strengthens the the mutual interests of both countries.

The two sides also exchanged views on a number of issues and topics of common interest.

The meeting addressed Expo 2020 Dubai and the importance of benefiting from the initiatives and experiences of the participating countries in resource sustainability, as well as the opportunities and platforms it offers to establish partnerships between countries in the world and strengthen the common work between them for the benefit of its people and supports the paths of sustainable development, progress and prosperity.