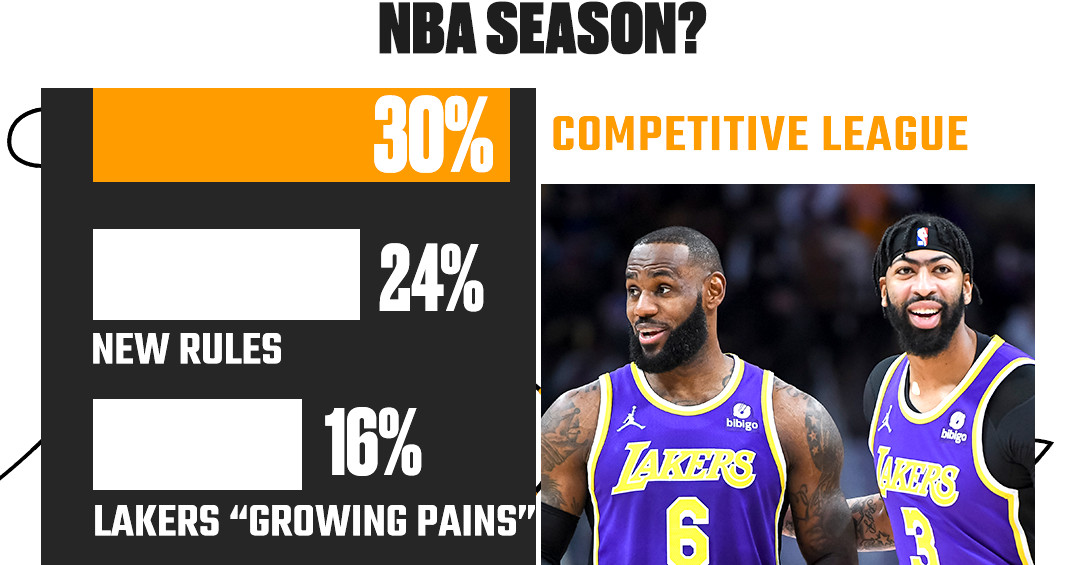 Welcome to SB Nation responds, a survey of fans across the NBA. Every week we send out questions to the most connected Los angeles lakers fans and fans all over the country. sign up here to join Reacts and check out DraftKings Sportsbook, the official sports book partner in SB Nation.

Because of their success through the NBA’s decades, the Lakers have become an almost consensus villain for the rest of the NBA. Across the league, the Lakers error brings a collective joy to most fans, no matter where their allegiance lies.

Many of the same fans are looking forward to the Lakers’ games in the early season. With the Thanksgiving holiday upon us, this week’s SB Nation Reacts survey centered on what NBA fans are grateful for. While a competitive league and new rules topped the list, the Lakers’ “growing pains” came in third.

The Lakers have certainly experienced some growing pains this season. After their six-game Eastern Conference roadtrip, the team sits at 10-10 on the season. And while injuries and suspensions to LeBron James have limited his availability through the team’s first 20 games and thus limited the Lakers’ ability to collect victories, what they have not limited the joy other fan bases have experienced in their pain is a direct counterweight to our own misery so far this season.

Previous NBA polls have backed the first two responses. Fans did not feel that James Harden was hit by the new rules earlier in the season after several years of lure violations in Houston. Similarly, the Lakers, who came into the season as one of the Western Conference favorites, did not even rank among the top four in a poll of who fans saw as the best teams in the conference.

But the fact that the Lakers are down gives almost as much joy as anything else this season for NBA fans should bring a wicked smile to the face of purple and gold faithful. Consider it a gift for the rest of the league during the holidays. Enjoy it while you can, haters.

For more Lakers talk, subscribe to Silver Screen and Roll podcast feed on iTunes, Spotify, Stitcher or Google Podcasts. You can follow Jacob on Twitter at @JacobRude.