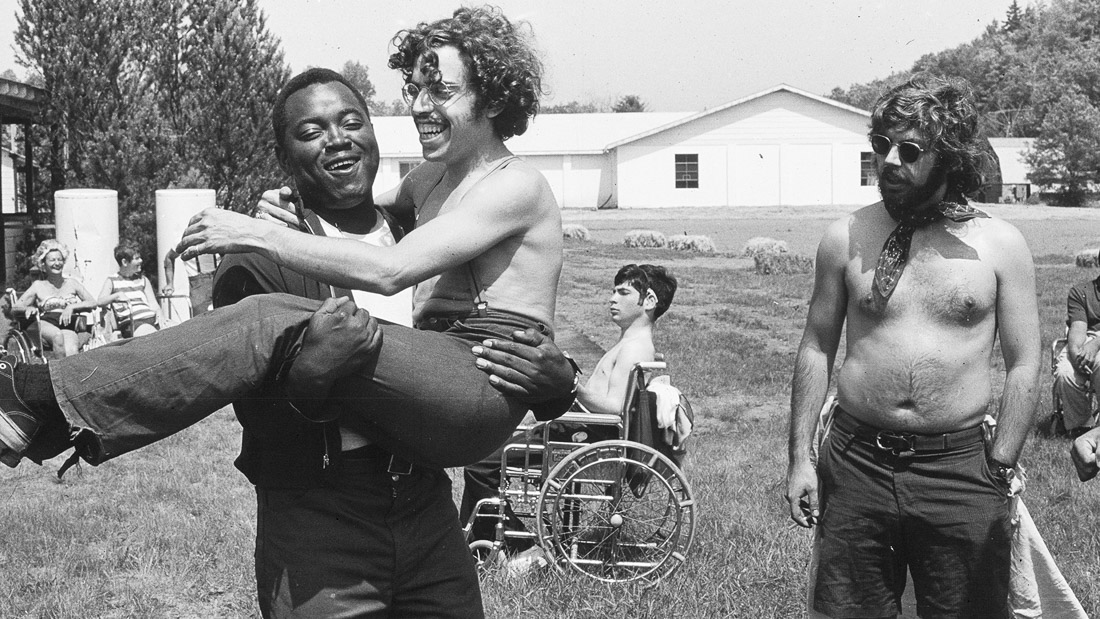 Oscar shortlists are in. The Academy of Motion Picture Arts and Sciences announced shortlists in nine categories at the upcoming Academy Awards, including Documentary Feature and International Feature Film.

Two-hundred and thirty-eight films were eligible in the Documentary Feature category, and 15 of them are advancing. Seven of the remaining films in the running are directed or co-directed by women: “All In: The Fight for Democracy,” “Boys State,” “Crip Camp,” “Dick Johnson Is Dead,” “My Octopus Teacher,” “Time,” and “The Mole Agent.”

Featuring Stacey Abrams, who made history as the first Black female gubernatorial nominee for a major party when she ran for governor of Georgia in 2018, Lisa Cortes and Liz Garbus’ “All In: The Fight for Democracy” tackles voter suppression in the United States.

Amanda McBaine and Jesse Moss’ “Boys State” provides a look inside an American Legion-sponsored program that sees a thousand Texas high school seniors gathering for a week-long program to build their own state government.

From Nicole Newnham and Jim LeBrecht, “Crip Camp” is a loving tribute to a ramshackle summer camp for teenagers with disabilities that helped spark a revolution.

“Dick Johnson Is Dead” sees director Kirsten Johnson struggling to come to terms with her father’s mortality. In an effort to simultaneously keep Dick Johnson alive forever and help her cope with his inevitable demise, she decides to make a movie about him dying, staging elaborate, inventive death scenes and recording them.

Pippa Ehrlich and James Reed’s “My Octopus Teacher” explores a man’s friendship with an octopus.

Directed by Garrett Bradley, “Time” is a portrait of a modern-day abolitionist and chronicles her decades-long fight to secure her husband’s release from prison.

Maite Alberdi’s “The Mole Agent” sees a private investigator in Chile hiring someone to work as a mole at a retirement home suspected of elder abuse.

Four of the five titles to receive Documentary Feature noms last year were directed or co-directed by women, and Julia Reichert and Steven Bognar’s “American Factory” took home the prize.

Films from 93 countries were eligible in the International Feature Film category. Fifteen titles are advancing to the next round of voting, and five are helmed by women: “The Mole Agent,” “Charlatan,” “Hope,” “The Man Who Sold His Skin,” and “”Quo Vadis, Aida?”

“The Mole Agent” is representing Chile.

Norway’s pick, Maria Sødahl’s “Hope,” tells the story of a woman who is diagnosed with terminal brain cancer the day before Christmas. A series adaptation of the pic is in the works at Amazon with Nicole Kidman set to exec produce and star.

Kaouther Ben Hania’s “The Man Who Sold His Skin” is representing Tunisia. The drama follows lovers who are separated by the Syrian war.

Just one of the five films nominated for International Feature last year was directed or co-directed by a woman: Tamara Kotevska and Ljubomir Stefanov’s “Honeyland,” which also scored a nod in the Documentary Feature category.